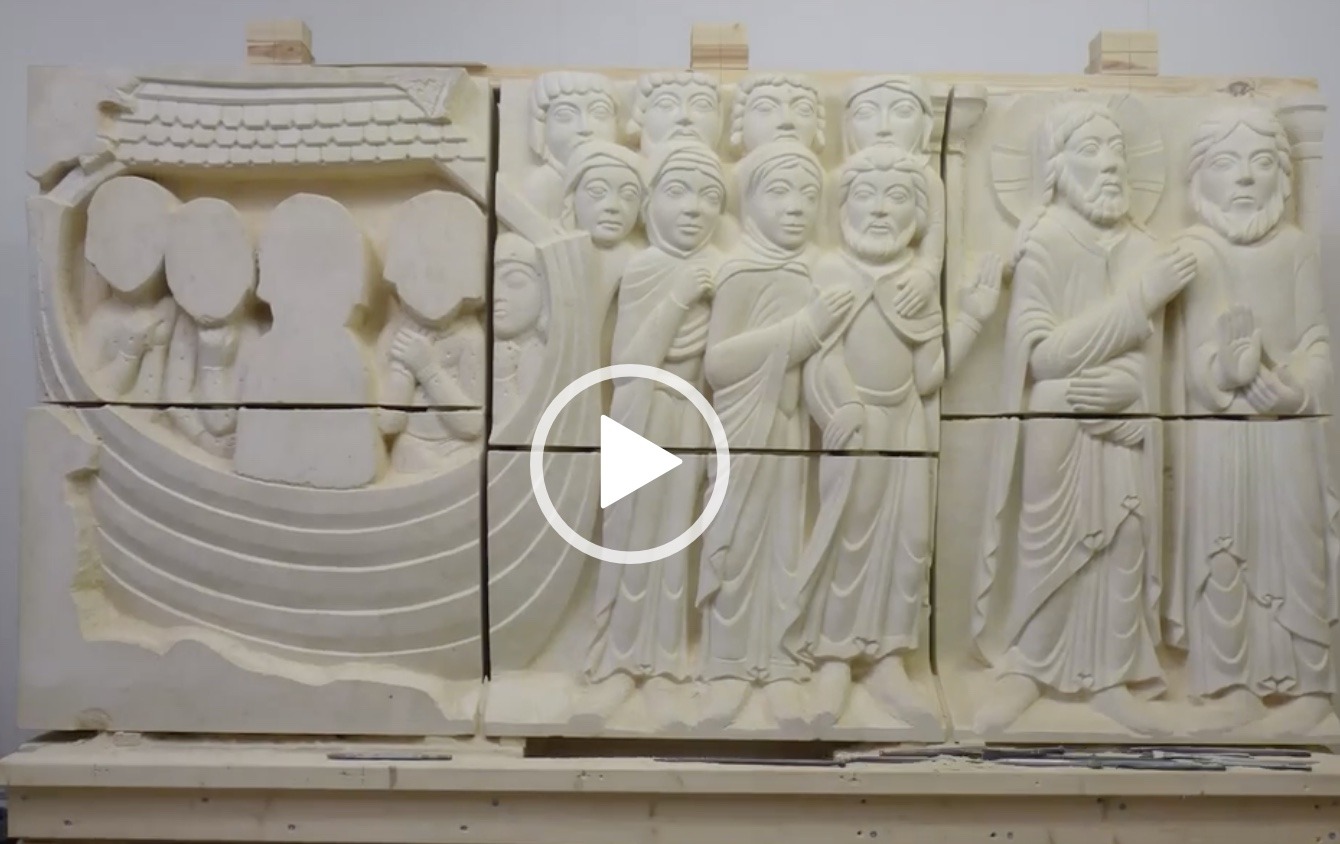 The country’s leading stone carvers have put the finishing touches to the copy carvings that form part of Lincoln Cathedral’s famous Romanesque Frieze.

They will go on display in the cathedral’s new Exhibition Centre at the end of this month.

Nationally renowned stone carvers, Martin Coward, Tim Crawley, Andrian Melka and Alan Micklethwaite worked together in the cathedral making themselves available to discuss their work with the public and putting the final adjustments to the sculptures and carvings on the Frieze.

Lincoln Cathedral’s Romanesque Frieze is the longest and most intact narrative frieze in Western Europe and of international importance.

This series of high relief panels running from the north-west corner of the Norman West Front to the southern side of the building, were probably carved between 1120-1160 and convey scenes from the Old and New Testaments.

Work finally began on the southern Frieze panels in 2018 – 40 years after they had been covered in protective boxes – thanks to the support of the National Lottery Heritage Fund.

Surveys provided a detailed picture of their condition and were followed by three years of cleaning and conservation work. At the same time, a full set of new copy carvings were commissioned, allowing the Dean and Chapter the ability to use them in the West Front should a panel have to be removed, or to present them as part of the Frieze exhibition.

Lincoln Cathedral now effectively has two copies of the Friezes – on the West Front and in the Exhibition Centre – both a mix of original and replacement carvings.

All four stone masons have vast experience of stone carving and conservation work in our cathedrals from Westminster Abbey to York Minster and beyond, and all have built up independent artistic careers. Tim is currently working to create a heraldic sculpture in bronze for installation in The Houses of Parliament to celebrate the Queen’s Platinum Jubilee and Andrian’s most recent public work, ‘A Way Forward’, is a two metre high bronze statue of Captain Sir Tom Moore, currently on show at the Yorkshire Sculpture Park, before it is installed in its permanent home at Leeds Chapel Allerton Hospital.

You can watch a timelapse film below from stone mason and sculptor, Alan Micklethwaite.