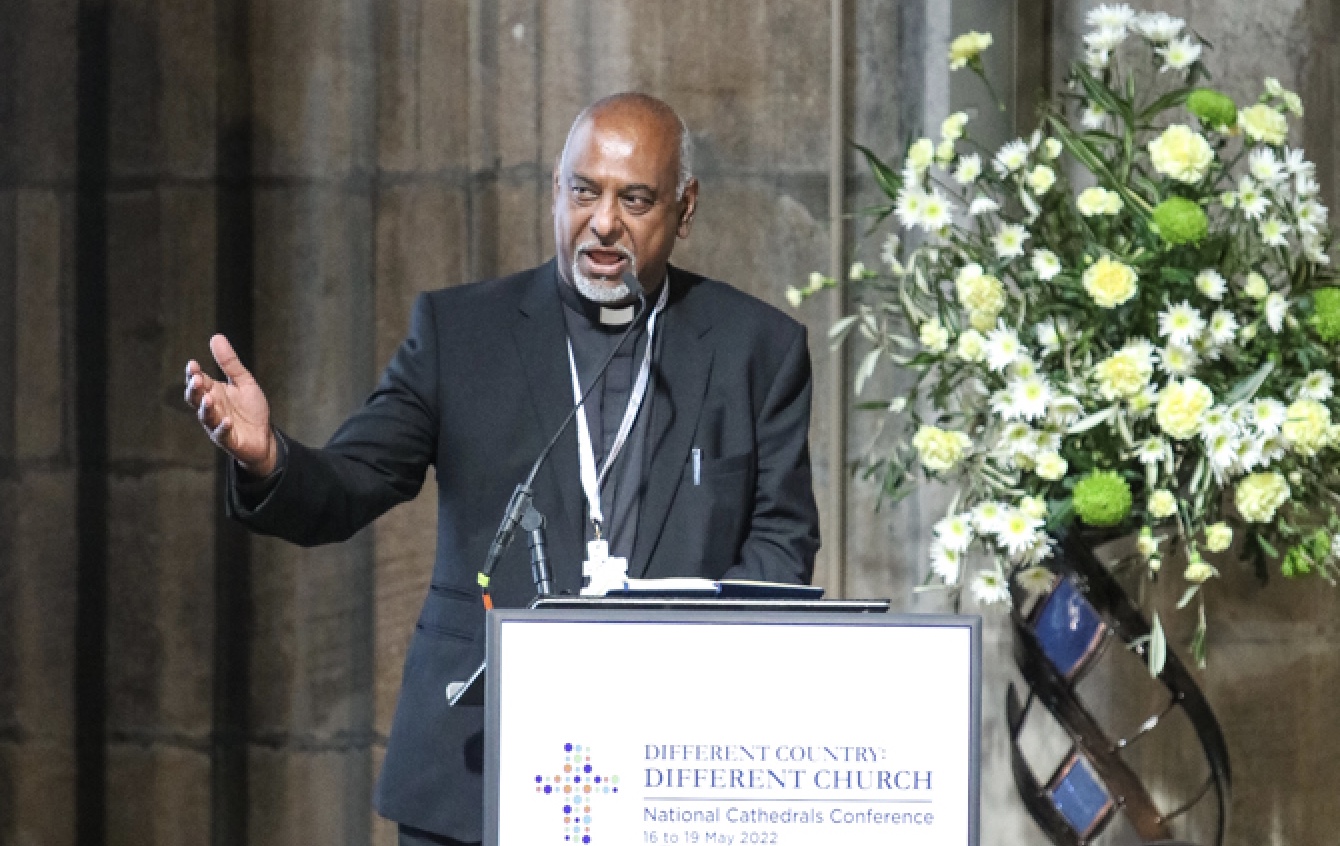 WAKE UP JESUS AND GO ROGUE: How to tackle racism in the Church of England

Dare you wake up Jesus, are you afraid of becoming woke, Britannia does not rule, any more than any of us can, but Jesus can be expressed in those we find that we would so often rather lose. Fr Azariah France-Williams

England’s first black cathedral dean challenged English Cathedrals to have more black faces among them when they reconvened for the next National Cathedrals Conference.

The Dean of Manchester, the Very Revd Rogers Govender, who chairs the Committee for Minority Ethnic Anglican Concerns (CMEAC) said racism was a big issue in society and in the life of our churches, with black people often left feeling invisible.

“What are you going to do when we get back to our cathedrals to address racism and be more inclusive – racism is not unconnected to all the other big issues of social justice: homophobia, exclusion, domestic violence…

“I have a vision for the Church of England and its cathedrals: to see our leadership and communal life to be so reflective and diverse that it inspires the nation to greater things for God.

The Dean chaired the debate on racial justice, one of the key themes for second National Cathedrals Conference, Different Country Different Church, on Day 3.  Delegates representing all English cathedrals and cathedrals from Wales, Scotland, Ireland and Norway heard Sharon Prentis, Dean of Ministry at St Mellitus College, scholar activist Professor Robert Beckford and writer and broadcaster, Azariah France-Williams explore our colonial heritage, how to go rogue and how to wake up Jesus.

“How do we navigate some of that hereditary that’s in front of our faces? The colonial artefacts that have crossed Europe and have resulted in great wealth?’

“It concerns the fortunes, the money, and the resources that were made from the metal that went into the leg, hand, neck and mouth irons, and the guns that were traded for black and brown bodies.

“What this means is having truthful courageous conversations ….that often bring about a truthful repentant narrative, not just about the past, but where we should be going in the future

“It has to live with the discomfort, of what it means to be in a society where structurally whiteness and superiority are part and parcel of the fabric of what we live in.

“If we are to come to a place or reconciliation, we must begin the conversation.”

Professor Robert Beckford urged cathedrals to “go rogue” and create fugitive spaces, a new “sanctuary” for all in our cathedrals, to counter racism in this country that he argued made all black people socially and theologically dead.

“How do we create fugitive space that resists the anti blackness? he asked

His answer was to urge cathedrals to “go rogue”.

“We have to wrestle with the history of the church’s complicity with racial terror. That has to be foregrounded and explored.

“We need to develop a language around it so we can talk about it without being embarrassed.

“We need to have another version, an alternative Christian story, another interpretation of how Jesus Christ goes in the world, telling the parts of the Christian story that we have selectively omitted, Caribbean history, Asian church history, representing all of God’s children.

“My sense is if the cathedral space is connected to rest of the space within the Church of England, if that dynamic is similar to rest of British society, then to create fugitive spaces means you have to go against the grain, go against what’s normative, so I really encourage you to ‘go rogue”.”

“Those forgotten and abandoned by so many, are the ones who best understand the concept of sanctuary.  They are the sleeping Jesus awaiting the call.

If you cathedrals are willing to leave the noise and leave the crowds behind, go rogue, move into uncharted water, and actively go to the other side, you will be reviled.

“If you disavow Britainnia, the storms will grow worse in the first instance. You will be dissuaded from continuing your journey. When that happens here is what you can do:

“Wake up your cleaners, wake up the schoolkids that come to look round…the tradesman with little English but much insight, the woman living with the disability who makes you feel uneasy…..Wake up the dormant expressions of God.”

And he quoted American journalist and social activist, Dorothy Day who said:

“I only really love God as much as the person I love the least. “

And asked cathedrals: “Dare you wake you Jesus, are you afraid of becoming woke, Britannia does not rule, any more than any of us can, but Jesus can be expressed in those we find that we would so often rather lose. “

Dean of Manchester concluded: “It is possible, fear not, we have soft power to make change happen for the good in our churches and cathedrals.”

All the news from the National Cathedrals Conference can be found here.