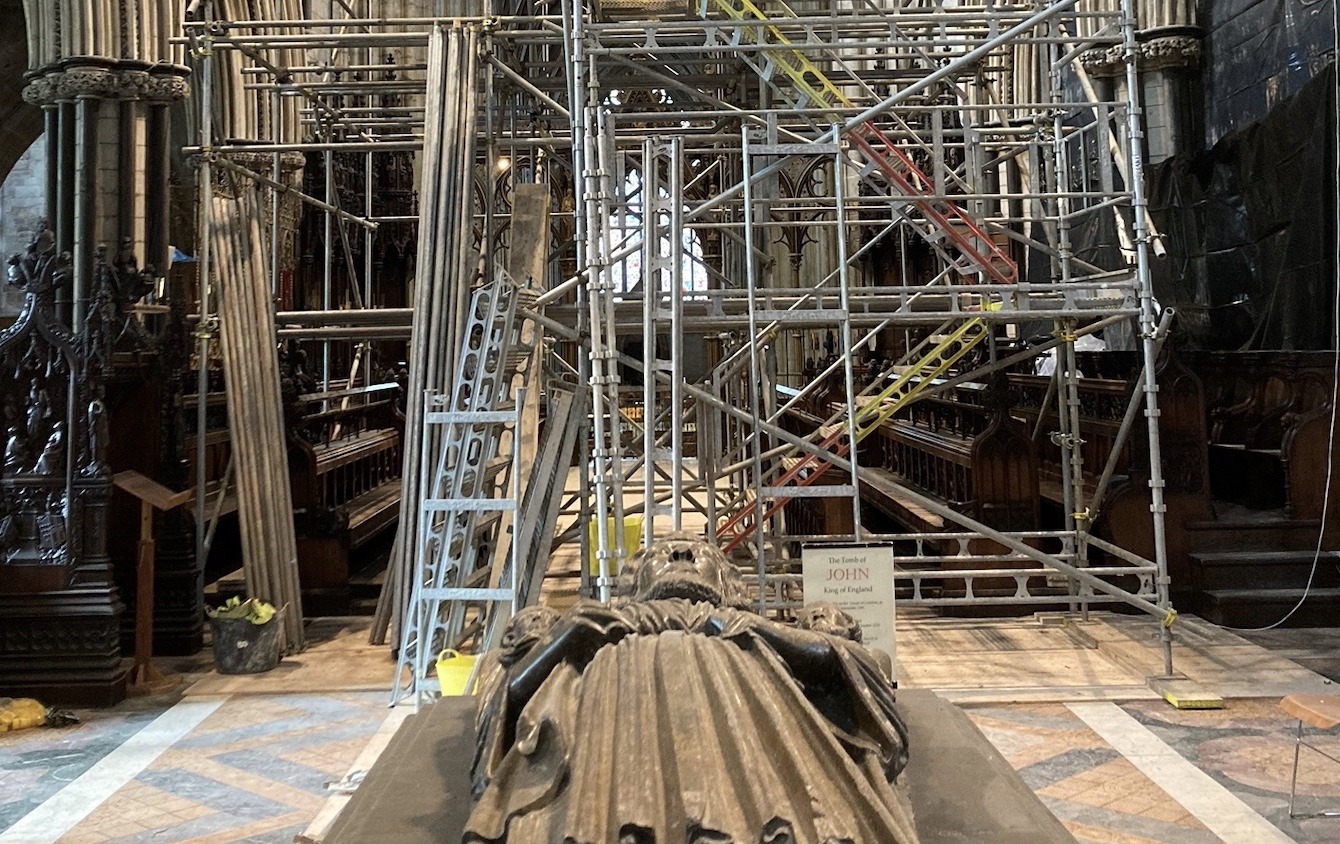 Worcester Cathedral has announced its plans for fully reopening after storm Arwen damage last November which will see its organ pipes removed and cleaned and the chance to design a new pinnacle to commemorate the Queen’s Platinum Jubilee year.

Part of a pinnacle from the side of the tower fell through the roof of the north quire aisle during Storm Arwen.

Since then, the east end of the Cathedral has been closed – including the quire which houses King John’s tomb – and visiting and services restricted to the nave and the cloister.

The Cathedral has been displaying a scale replica of King John’s effigy, previously donated by the British Library, in the south of the nave in recent weeks, but staff are counting down the days until visitors can once again access the real tomb, as well as the chantry of Prince Arthur Tudor (older brother of Henry VIII). 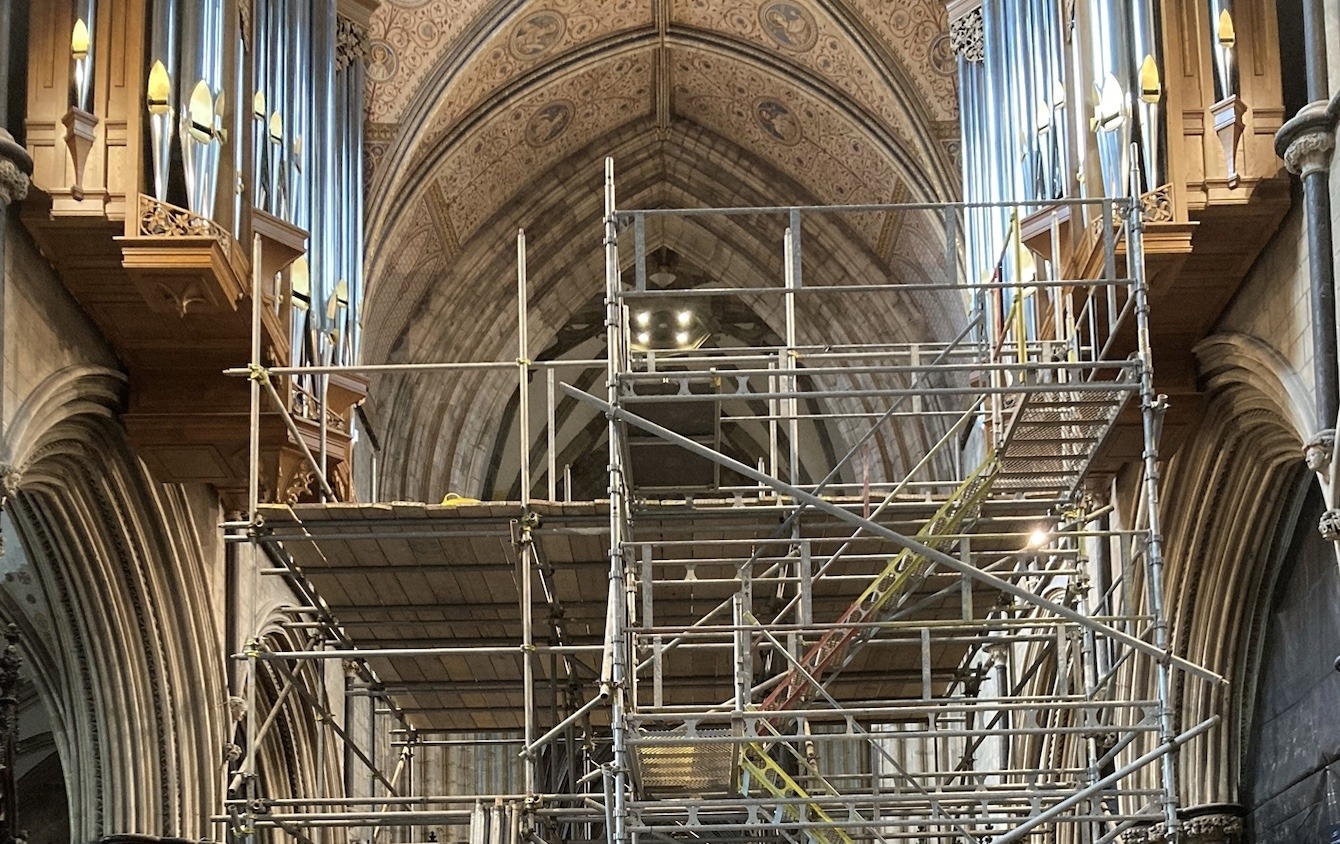 The Cathedral’s staff and professional advisers have been hard at work assessing the damage and are now in a position to share an approximate timeline of repairs, leading to the full reopening of the Cathedral, it is hoped by the end of the summer.

The programme of repairs will comprise three main stages:

Scaffolding is currently being erected in the Quire to facilitate the cleaning of the organ pipes.

The majority of the pipes will be removed (around 3,000 in total!) and taken off-site for cleaning to remove dust.

It is hoped that the east end of Worcester Cathedral, excluding the north quire aisle, will be cleaned and reopened for visiting towards the end of March.

Work will also begin to repair the vault and roof, at the main site of the damage, which will remain sealed off whilst this work is completed. As a result, accessibility will unfortunately be limited to the east end, as the disabled lift and access ramp are housed in this area.

Once the scaffolding is de-rigged, the quire can be thoroughly cleaned and re-opened for services; a temporary digital organ will be installed in the interim.

When repairs to the vault are complete, scaffolding will once again be erected and the organ pipes reinstalled, resulting in the quire again becoming inaccessible for a short time to facilitate this work.

The third part of the repair work is the carving of the new pinnacle; work which will be largely undertaken by the Cathedral stonemasons. The design of the new pinnacle is currently under discussion and the Cathedral hopes to engage with members of the community to produce a commemorative design marking HM The Queen’s Platinum Jubilee year. It is hoped this work will be completed before the end of 2022.

The Dean of Worcester, the Very Reverend Peter Atkinson, said:

“There is good news and bad. Although it is disappointing the repair work will take around six months to complete, it is not unexpected. With buildings of this age, it is the case that when things go wrong, there is no quick fix.

“We are hopeful to be able to stick to the programme of repairs outlined above. However, we are reliant on everything going to plan and nothing being thrown up along the way to stall progress.

“We are cautiously optimistic, advised by our team of experts and contractors, that we will be able to fully reopen the Cathedral by the end of the summer and once again welcome  visitors to enjoy our many attractions and services.”

For more information about Worcester Cathedral, or to donate, please click here.