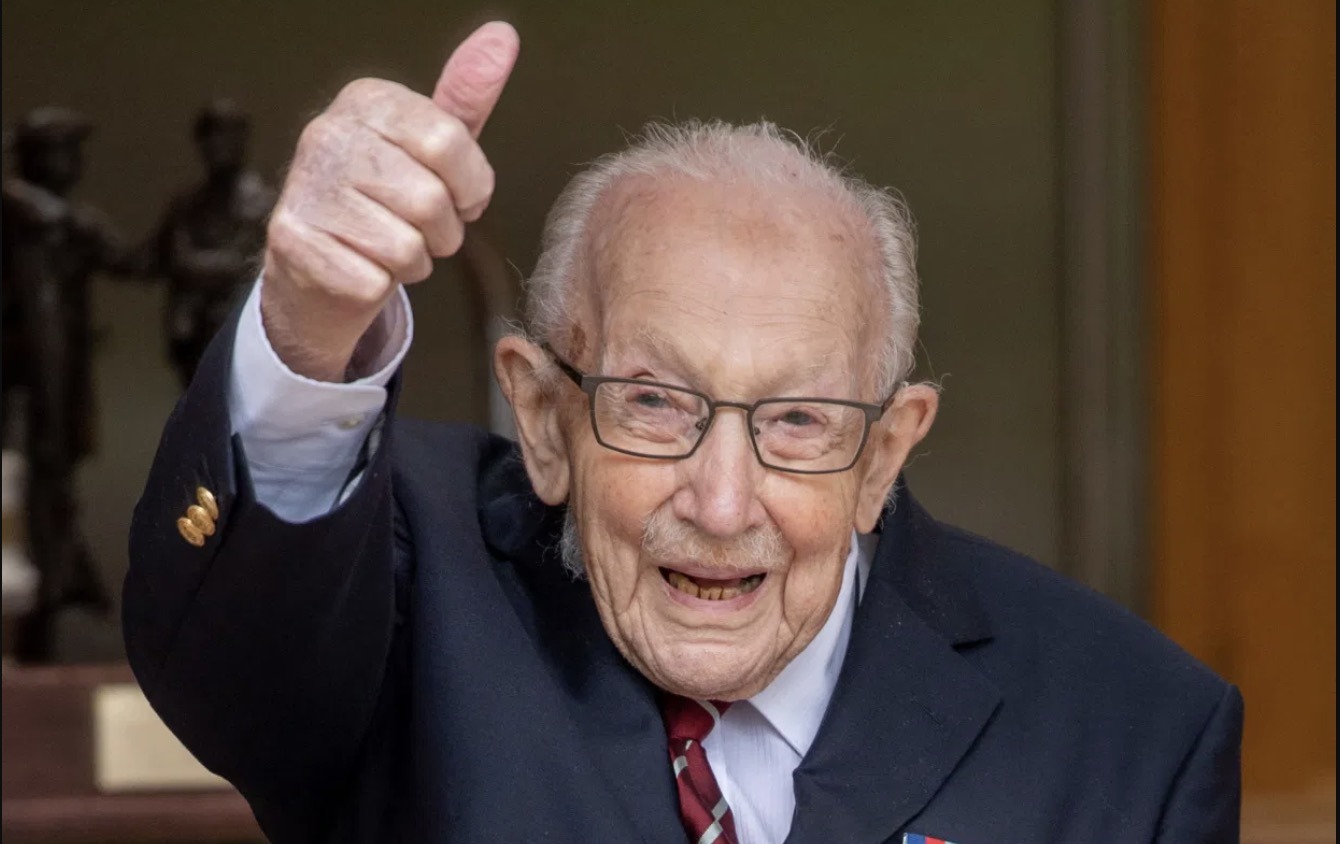 Worcester Cathedral bell ringers will toll the bourdon bell 100 times this Saturday (27 February) in memory of Captain Sir Tom Moore on the day of his funeral.

The tolling of the bell – used by the clock to strike the hour and is tolled on significant occasions – will start at 12.05pm.

“Captain Sir Tom Moore exemplified the very best of human courage, compassion, resilience, hope and generosity under extraordinary and challenging circumstances. We are proud to honour him by tolling the bourdon bell in his memory. Our thoughts remain with his family and loved-ones.”

The second world war veteran, who raised almost £39m for NHS charities during the first coronavirus lockdown in spring 2020, died this month at the age of 100 after testing positive for coronavirus.

The family said they had set up an online book of condolence after they were contacted by so many people asking what they could do to honour Captain Tom. They also suggested the public could plant a tree in his memory, donate to a charity or to the Captain Tom Foundation, which supports causes including mental health and education.

His fundraising efforts during the first national lockdown in April raised £38.9m for NHS charities after his pledge to walk 100 laps of his garden before his 100th birthday captured the imagination of people around the world.

Update: Now Bradford will also toll its bell 100 times on Saturday to mark the great work of Captain Sir Tom on the day of his funeral.

“Every day in February we have been ringing our bell at 6pm as part of the national Prayer for the Nation, where we set aside time every evening to pray for those who have been affected by COVID-19.

“We pray for a different group every weekday, and on Saturdays it is for those who are grieving and on that day this Saturday, the day of his funeral, we particular remember Captain Tom, and his family.

“We will be ringing our bell 100 times in his memory, at 6pm, one toll for each year of his life, to mark his great work in raising money for NHS charities, and lifting the spirits of the nation in these difficult times. This will also be a chance for everyone to remember all those who are grieving, at this time, or in physical or mental ill-health, and to pray for them.”

Coventry Cathedral will tolling its bells 100 times from 11am on Saturday in honour of Captain Tom on the day of his funeral.

Ripon Cathedral is the latest cathedral to announce it will join the tolling of the bell on Saturday to mark the funeral of Captain Sir Tom. The tenor bell at Ripon Cathedral will be tolled 100 times beginning at 12.30pm on Saturday in memory of Sir Tom and to commemorate all those who have died from COVID-19 in the past year.

And a prayer will be said for Captain Sir Tom during Evensong on Saturday at Winchester Cathedral before the cathedral bell is tolled.