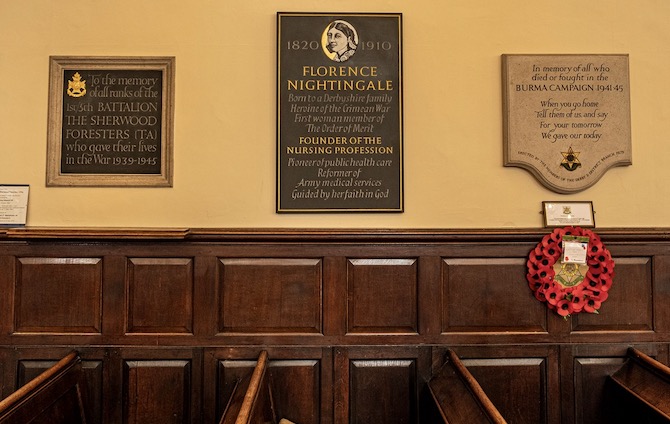 This is far from the blog I was expecting to write next but with Covid-19 running riot I am not going to talk about one of the great Cathedrals that we all know about and draw the crowds but instead think about the peaceful contemplation of sitting in one of our smaller, quieter city centre Cathedrals which is now of course closed for the next few weeks at least.

I could have chosen any number, from Bradford to Manchester, from Sheffield to Carlisle but will concentrate on Derby.

Check the Derby Cathedral website for the latest news on their opening and closing times during the Coronavirus situation.

Derby is one of the newest cathedrals in England but a church has stood on this site since 963 and an unusual moment in its history was when in 1723 the vicar, Dr Michael Hutchinson, decided that the building was in such a perilous state that he hired workman who overnight obeyed his arbitrary decision to have it razed to the ground.  This left the 65m high tower where peregrine falcons now reside. 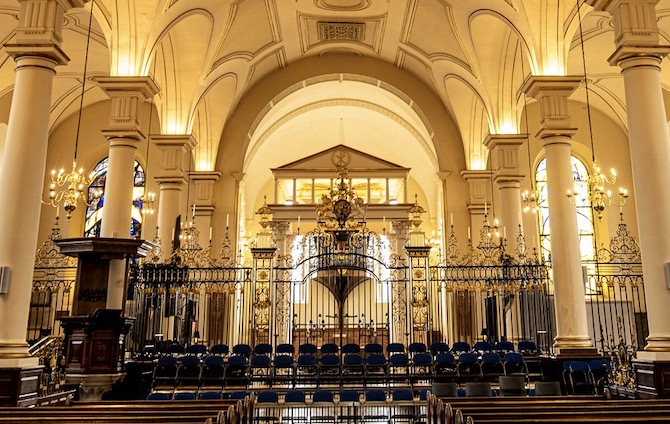 Despite his fury, the Mayor immediately launched a fundraising scheme and the first sermon in the new church was preached in 1725.  The building was by necessity and design rather austere but it still has some rather lovely features.  The wrought Iron Rood Screen is unique – I’ve not seen anything else like it in an English cathedral and it complements the openness of the church rather beautifully.

I was also taken by the 1965 stained glass by Ceri Richards and on the day I visited the sun was pouring through warming the cathedral.

I would certainly suggest taking time out to look at the memorial to Bess of Hardwicke, who through her four marriages, astute business acumen and charm became one of the leading women of the Elizabethan era and a Lady of the Bedchamber to The Queen. 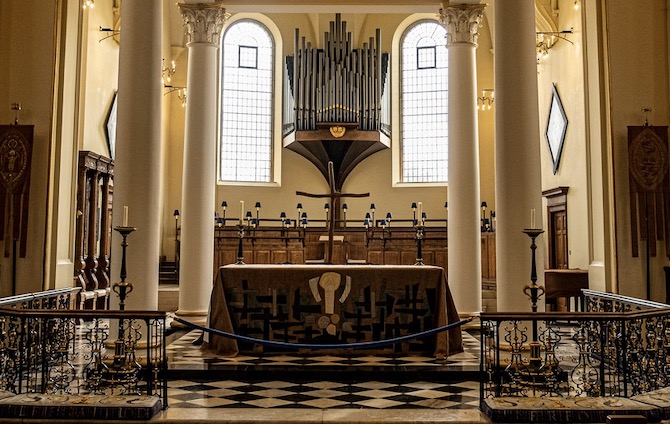 Derby is a peaceful cathedral, in the heart of the city.  Cathedral Green, at the rear of the cathedral gives the best view of the church and is a popular park especially for workers stretching their legs and the good City Museum is short walk away.  When I visited, I was the only person in the cathedral aside from the staff.  In troubled times I look back on an oasis of peace in a busy city.

Cathedrals, old and new are a symbol of steadiness is good times and bad.  Derby despite its chequered history is just the same. Keep well.

Marcus has already written about his visits to Truro, Blackburn Cathedral,  Birmingham and Worcester.