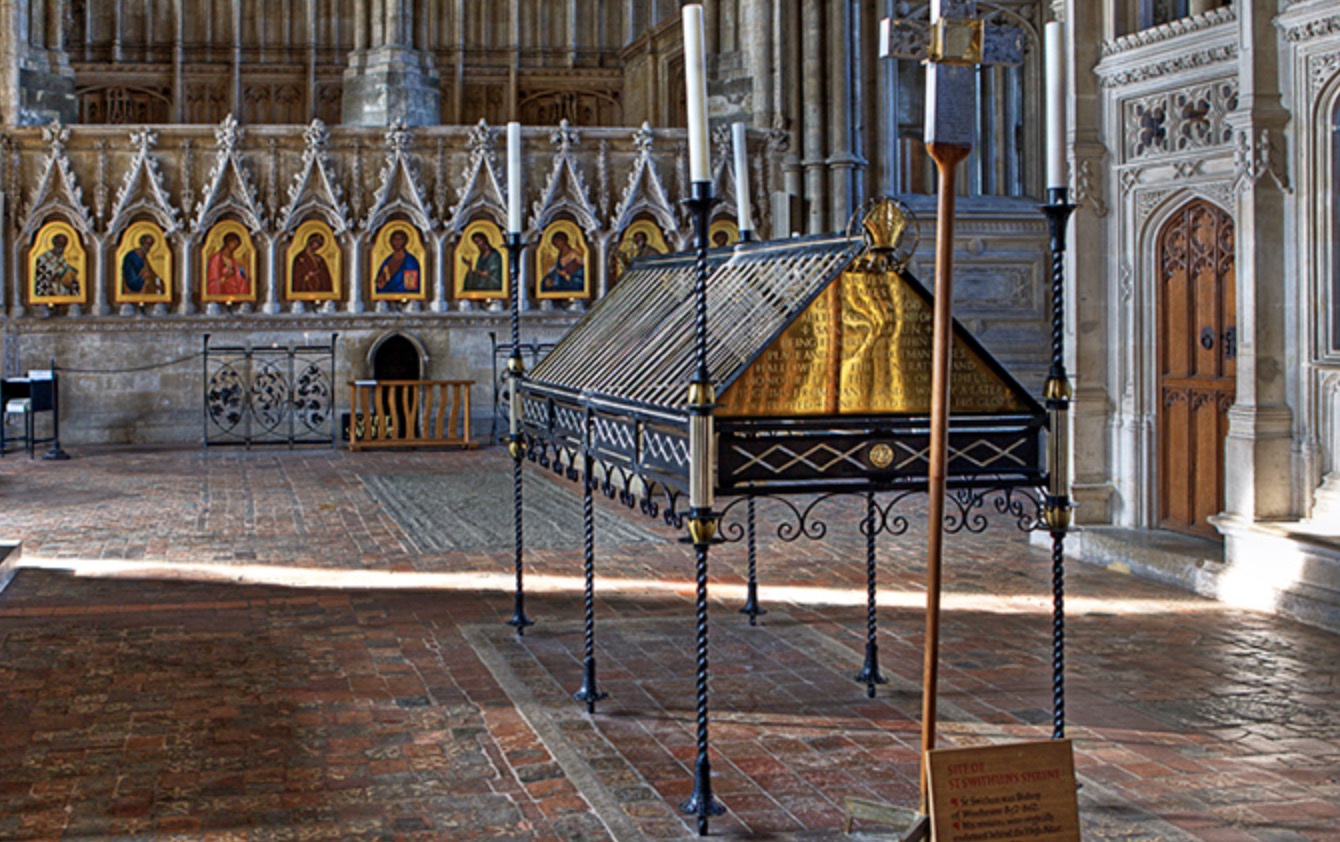 St Swithin’s Day 15th July, 2020: Who was the British saint and why is he associated with the weather?

St Swithin, 9th century Bishop of Winchester angered from beyond the grave when his remains were exhumed in 971 and cursed the land with a rainstorm.

The saint is thought to have been born in Wessex in 800, served as the cathedral city’s prelate and died in 862. Little else is known of his life, although it has been suggested he briefly served as tutor to the young Alfred the Great.

He is popularly associated with a miracle in which he came to the aid of an elderly woman who had dropped a basket of eggs, picking up the cracked shells and handing them back to her restored to their proper state.

According to British folklore, the weather on Swithin’s midsummer feast day will hold for a further 40 days.

The superstition originates from the exhumation of his remains in 971, a century after his death. The saint had been buried in the Old Minster outside Winchester Cathedral at his request so that the deceased might hear the patter of “the sweet rain of heaven” and the footsteps of passing worshippers, but his bones were dug up by order of Bishop Ethelwold and rehoused in a lavish shrine commissioned in his memory by King Edgar.

Swithin, a naturally humble man in life, disapproved of the gesture and is said to have cursed the land from beyond the grave, the oath marked by the onset of a sudden storm.

He was thereafter thought to control the weather, the superstition recorded in a 12th century verse:

This article first appeared in the The Independent.