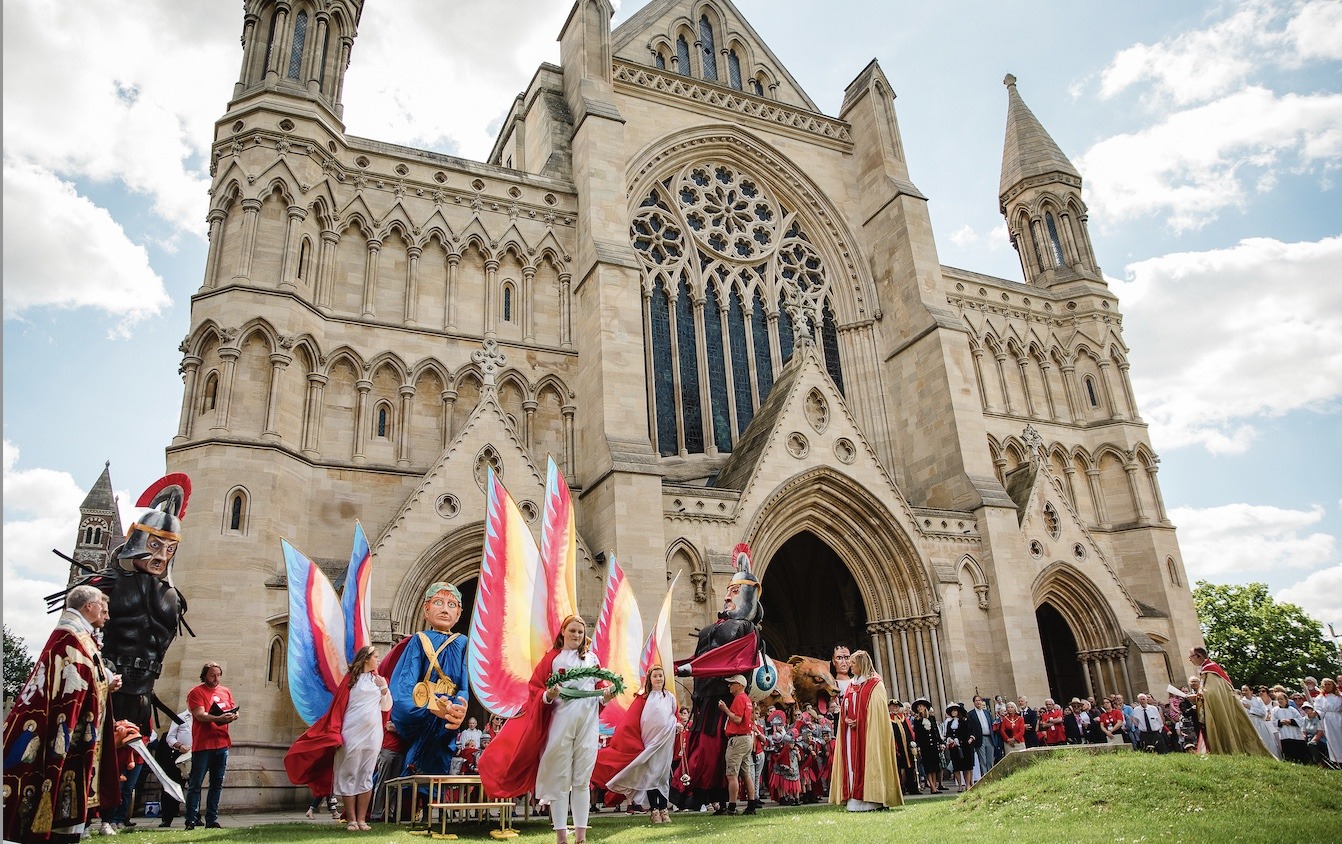 Britain’s first saint and the city’s namesake led a procession to celebrate his story as St Alban’s Cathedral’s Alban Pilgrimage returned in person this weekend..

St Alban was a Romano-British citizen who lived in the Roman city of Verulamium. He died for his faith around 300 AD, close to the spot where St Albans Cathedral now stands, after giving shelter to a Christian priest fleeing persecution.

On Sunday (27 June) a procession set off from St Michael’s Church up to the Cathedral accompanied by people of all ages dressed as Roman soldiers, lions, angels – all 12ft tall carnival puppets representing the key figures from the story of Alban to re-enact the historic events which led to his execution.

Throughout the day there were two services at the Cathedral, a Eucharist at 10am and Evensong at 4pm.

“This year we are reverting to the traditional route from St Michael’s Church and site of Roman Verulamium, with the beautiful setting of lake and parkland. In this way, we will be treading the very steps of St Alban as he made his last journey to his place of execution. It will be wonderful to welcome back pilgrims and friends for this celebration of our city’s patron and Britain’s first saint”.

The Patronal Eucharist at 10am at the Pilgrimage Evensong will be live streamed on YouTube for those that cannot join us in person https://www.youtube.com/user/stalbanscathedral