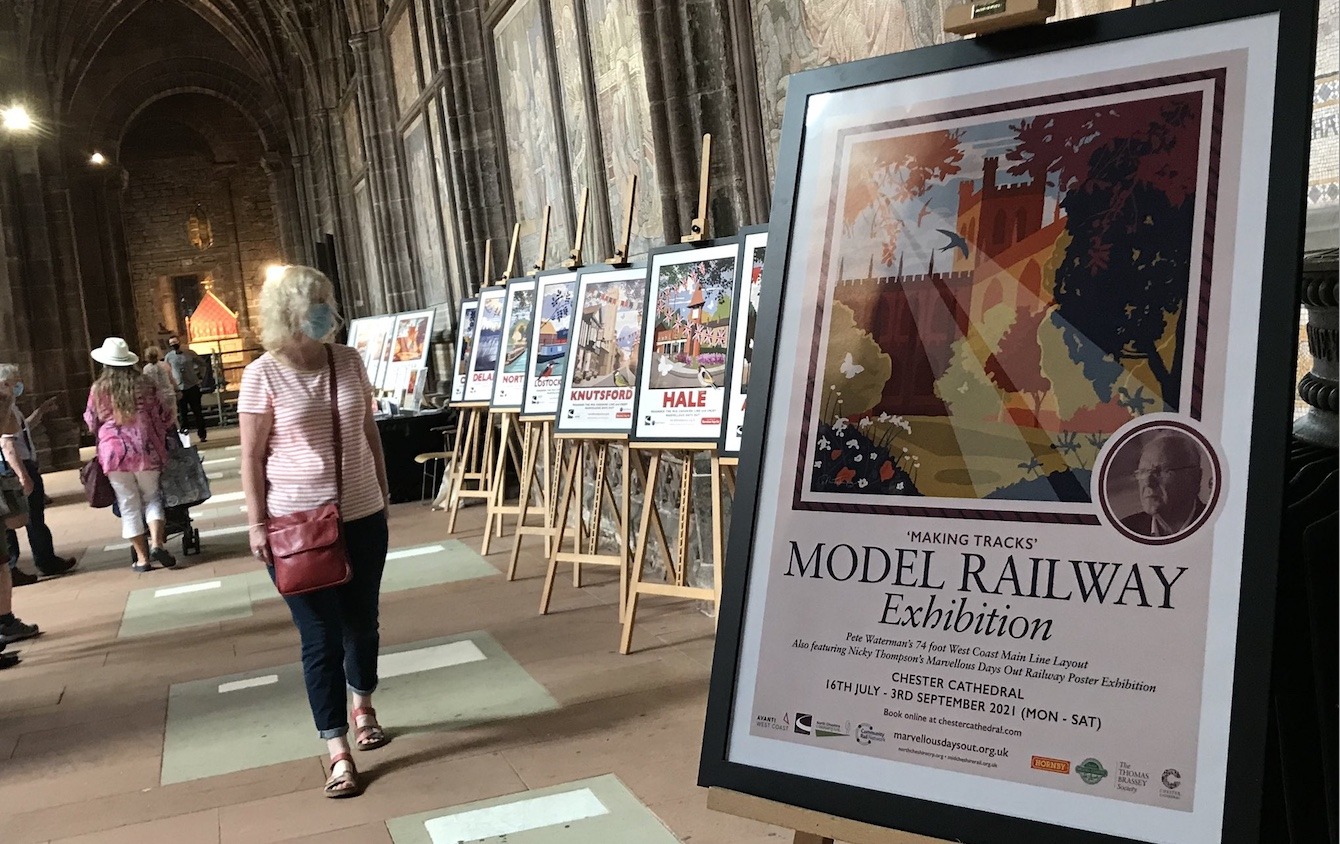 Trains are running through the nave of Chester Cathedral this summer – thanks to the support of celebrity record producer and lifelong railway enthusiast, Pete Waterman OBE.

The 74 ft model railway traces the West Coast Main Line and is the result of a two-year collaboration between the cathedral and Mr Waterman to commemorate the work of Chester’s Thomas Bussey, who in his lifetime was responsible for one-third of the railways in Britain.

The exhibition, called ‘Making Tracks – Discover the West Coast Main Line‘ was planned to  go on show last year to mark 150 years after the death of the Chester-born civil engineer who is memorialised in Chester Cathedral’s St Erasmus Chapel and the model railway features some of his work.

“Brassey was the most remarkable civil engineer and at his death he was responsible for one in every twenty miles of railways around the whole world.

“He is estimated to have kept 80,000 people in employment and is remembered as an honourable and fair man.

“This model railway exhibition was originally planned to take place in the summer that covid cancelled, and celebrates Brassey 150 years after his death.

“In it we seek to open visitors’ eyes to something that changed the world but that we often take for granted.”

Chester Model Centre is sponsoring the event and Pete Waterman said: “We’ve worked very hard on this model, used some innovative techniques, and created a layout that represents how the West Coast Main Line really appears.

“What’s interesting though, is that none of us have seen the whole model together, in one piece; there’s nowhere big enough for us to do it, so bringing it into the nave of the Cathedral will be the first time the whole entire model is brought together, and I know it will impress model railway enthusiasts and families alike,” he added.

Nicky Thompson’s “Marvellous Days Out” railway poster exhibition, courtesy of the Northern and Mid-Cheshire Community Rail Partnerships, is on show alongside

Tickets are  £2.50 per person. To book, visit the Chester Cathedral Website here.