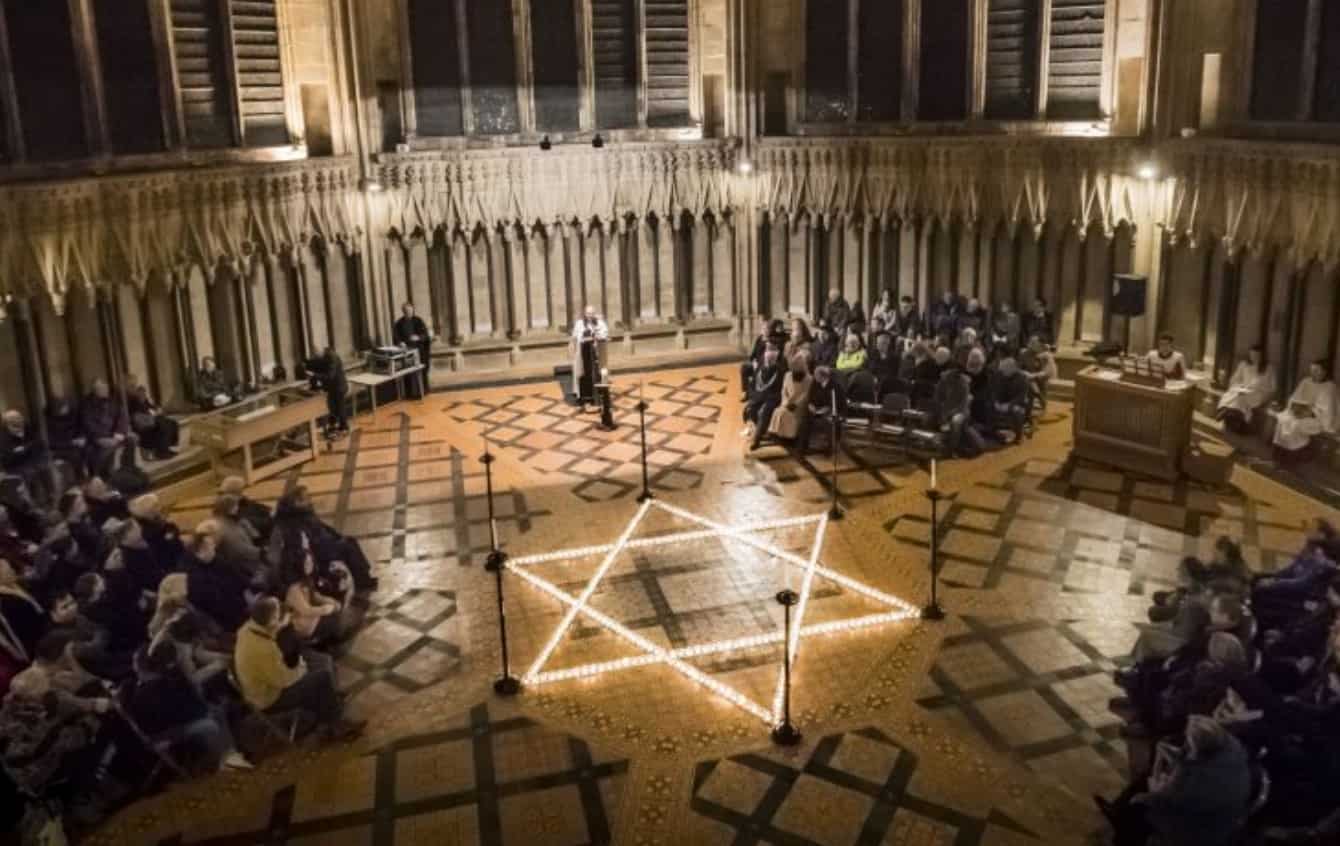 Stand Together  is the theme for this year’s Holocaust Memorial Day on Monday 27 January which marks 75 years since the liberation of Auschwitz when the world finally saw the horrors of the Nazi war camps, and churches are being asked to join in a special prayer to remember the pain of the past and recommit to a better future for all people.

The prayer, which is written by the heads of the UK’s Christian denominations who serve as presidents of the leading forum for Jewish Christian relations, the Council of Christians and Jews (CCJ), is launched today (20 January) at a special reception in the House of Lords.

The Bishop of Lichfield, the Rt Revd Dr Michael Ipgrave OBE, who chairs the CCJ, said:

‘Two thousand years of anti-Jewish thought, much of it generated by Christians, led to the antisemitism which fuelled the Holocaust. In the 75 years since the liberation of Auschwitz and other camps, much has been done to repair relations between Christians and Jews. But in this anniversary year antisemitism is at record levels. Through prayer we ask Christians to remember the pain of the past and recommit to a better future for all people.’

The Most Revd and Rt Hon Justin Welby, Archbishop of Canterbury and President of CCJ, said:

‘On this 75th anniversary of the liberation of Auschwitz, the need for Christians to remember the appalling history of antisemitism and its culmination in  the Nazi death camps is as pressing as ever. At this sobering anniversary, may our prayers contribute to shaping a humble remembrance that spurs us into loving relationship with our Jewish neighbours.’

In Bradford,  Bradford Cathedral will hear testimony from Lilian Black, Chair of the Trustees of the Holocaust Survivors’ Friendship Association and the Holocaust Exhibition and Learning Centre at Huddersfield University, when she gives an address on the eve of Holocaust Memorial Day.

Her late father, Eugene, was deported from his home in Hungary in 1944 and sent to Auschwitz-Birkenau. He lost most of his family to the Holocaust but survived concentration camps and forced labour to make a new life in the UK.

“The theme this year is Stand Together so I will speak about our family’s experience of what happens when we don’t stand together, about the Hungarian deportations to Auschwitz-Birkenau, life after liberation and making a new life.

“The anniversary is important because it marks symbolically the beginning of the liberation of the camps and the awful revelations at first hand of the horrors which left all humanity with the challenge of wondering how such horrors were possible.

“These crimes against humanity were carried out by ordinary men and women in a terrible coalescing of conditions where genocide became part of a civilised society’s racial ‘rationale’ which allowed millions to be murdered systematically in a German Nazi state sponsored act over years across the whole of occupied Europe.

“[Through this address] my hope is for people to understand better the circumstances which led to the Holocaust and to see the relevance for today and how every person can make a difference in their own lives and those of others and to have the courage to stand together.”

Evensong and Address is 4pm to 5.30pm on Sunday, January 26, with refreshments served afterwards.

This Thursday York Minster will create the Star of David in 600 candles on the floor of the Chapter House to mark the day.

York too will be embracing the theme Stand Together through a programme that seeks to commemorate the past, explore the continued persecutions of the present and encourage positive actions that will make a difference in the future.

Hundreds of schoolchildren from local schools will light candles to create a Star of David on the floor of Ripon Cathedral when the six million Jews murdered during the Holocaust and those killed in subsequent genocides in Cambodia, Rwanda, Bosnia and Darfur will be remembered in a special service for the region held on Monday, Holocaust Memorial Day.

During the service pupils will read the poem ‘I Cannot Forget’ by Alexander Kimel – a survivor of the Holocaust and the poem ‘The Little boy with his hands up’ by Yala Korwi is being read by Ann Morris from the synagogue in Harrogate. Two psalms will be also be read in their original language of Hebrew during the service by Rabbi Moshe Perez and Robert Lawrence, from the synagogue at Harrogate.

As part of Winchester Cathedral’s Holocaust Memorial Events, an exhibition opens this week that tells the story of the Rev’d Dr James Parkes (1896 – 1981) who was a tireless fighter against anti-Semitism in all forms, including from within Christianity. He worked throughout his career to promote religious tolerance and respect and during World War II and helped to found the Council of Christians and Jews.   And on Monday Rabbi Alex Goldberg will explore how individuals can challenge extremism by standing together in the Wessex Learning Centre starting at 7pm.   Tickets £5 or £7 on the door.

View the official programme of events for Holocaust Memorial Day 2020. 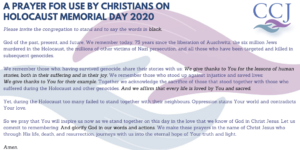 To see all the latest news from our cathedrals, click here.