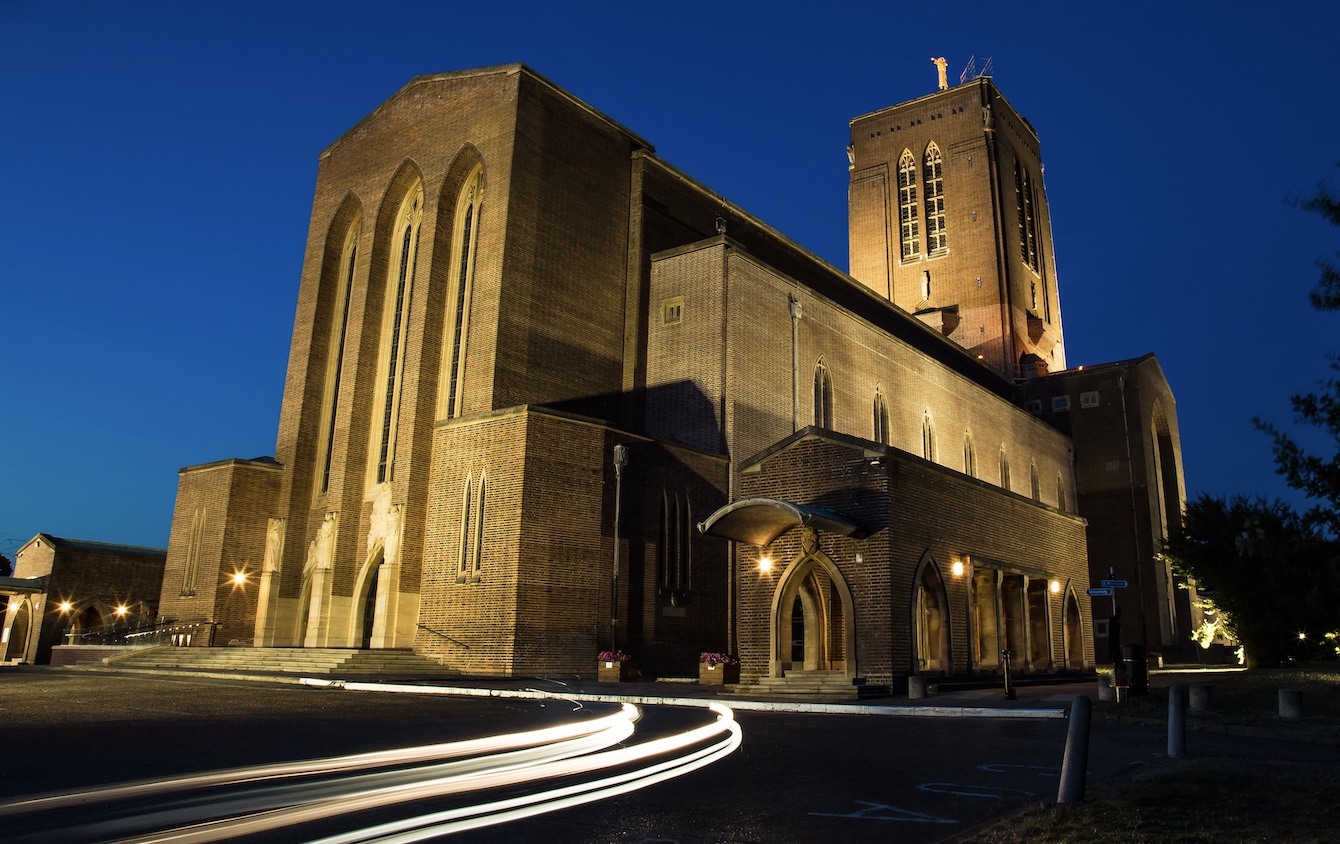 Guildford Cathedral will host the key event in the bell-ringing calendar when ten bell-ringing groups compete for the final of the National 12 Bells Contest.

It is the first time since 2019 that bellringers have been able to come together to compete for this prestigious title because of the pandemic.

And it is fitting that it falls to Guildford Cathedral to host this year as the final, on Saturday 25 June, will mark the last event being held for the cathedral’s 60th anniversary of the consecration of the building.

Over the last couple of weeks, those living close to the cathedral, will have heard the bells ring out as bell-ringing teams from all over the country have been arriving in Guildford to rehearse.

The final of the National 12 Bells Context is the biggest annual event in the bellringing calendar, expecting up to 1,000 bellringers.  It is held at a cathedral or big-city church which houses 12 bells and was last held at Guildford Cathedral in 1988.

The teams competing are:

The first National 12 Bell Striking Contest was an invitation-only competition which took place in Bristol on 31 May 1975. The winning team received the Emlyn Hancock Trophy. It worked so well that it was succeeded the following year by a trip to Leicester, this time with a permanent trophy donated by John Taylor & Co. It has since evolved to become one of the key functions of the annual ringing calendar with entry open to all 12 bell bands, with eliminator rounds held in the spring each year to determine those teams to compete in the final.

Guildford Cathedral’s tenor (largest bell) weighs 30 cwt 1 qr 10 lbs and the bells are tuned to the key of D major. All the bells were cast at the Whitechapel Bell Foundry, which also supplied the frame and fittings. The 10 largest bells were opened in 1965 before being augmented to 12 in 1976.

Find out more about the Guildford ringers here.

More on the National 12-Bell contest website is here: http://www.12bell.org.uk/