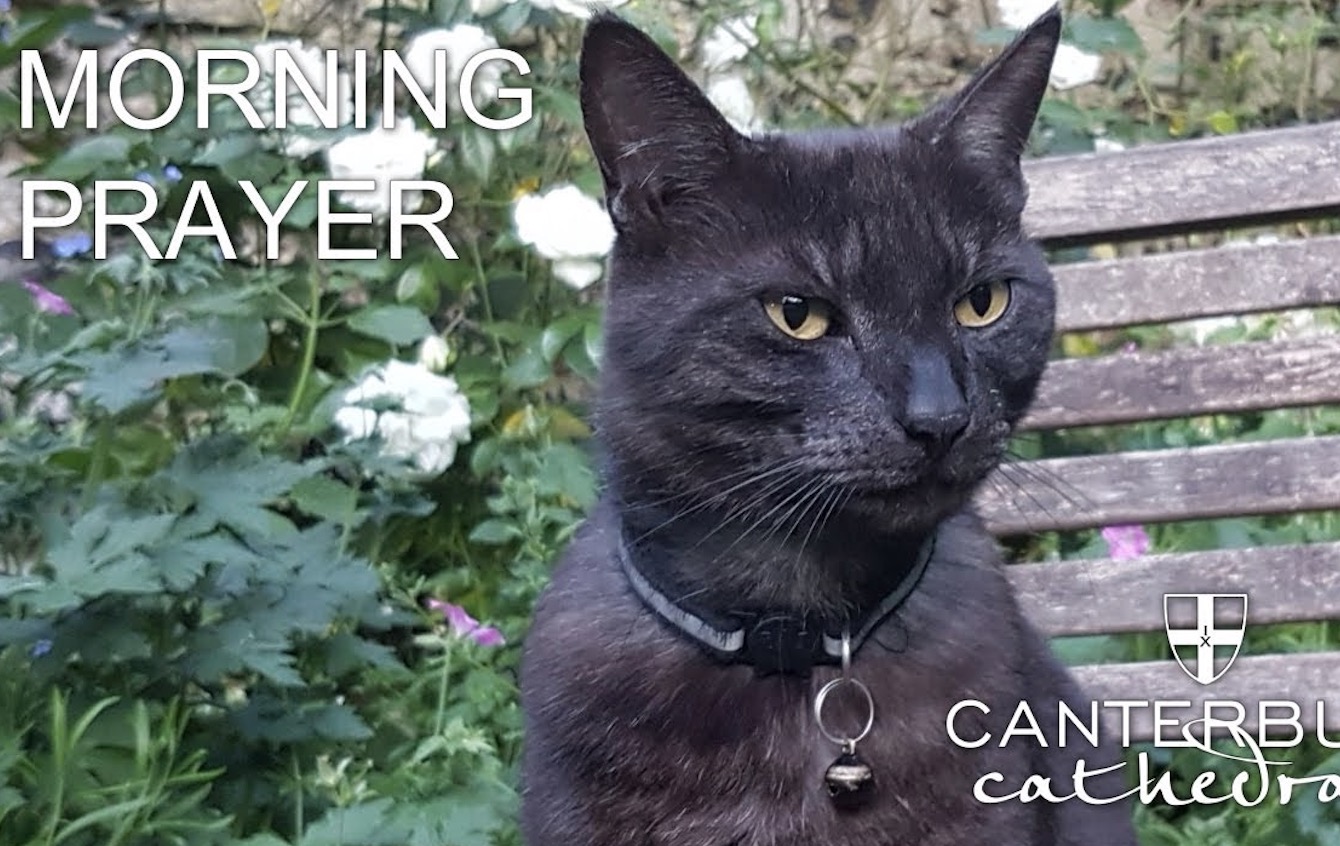 Leo the Canterbury Cat who became an internet sensation this week when he interrupted his Dean’s morning prayer is the new face of the Cathedral’s fundraising appeal after it announced losses of £2m due to lockdown.

Canterbury Cathedral has taken the unprecedented step of writing to all staff this week about the need to restructure due to the significant financial losses incurred since closure.

Canterbury Cathedral has become familiar to millions around the world during the pandemic with its daily online services of worship, daily tolling of the historic Bell ‘Harry’ to remember all those who have lost their lives to the virus and to honour all frontline workers, plus the impromptu appearances of Leo the cat in the Dean of Canterbury’s videos filmed within the Cathedral gardens.

The clip of cheeky Leo disappearing into the Dean of Canterbury’s vestment this week during a Morning Prayer video became a viral international hit – picked up by media outlets across the world including CNN and a New Zealand primetime show – and viewed millions of times online.

The clip of Leo and the Dean is available on Twitter here.

However, like so many other organisations, the pandemic has had a severe financial impact on the 1,400-year-old Cathedral. This week all staff have been told there will be restructuring in order to secure the Cathedral’s longer-term survival.

Canterbury Cathedral has lost over £2million in gross income since it was forced to close at the start of the UK lockdown. Despite being a World Heritage Site, the Mother Church of the Worldwide Anglican Communion, and the final resting place of royalty and saints, Canterbury Cathedral is entirely financially independent and receives no direct support from the Church of England or the state.

The Cathedral has received no income from visitors, events, its shop or hotel since March 2020, and it will be many months before these areas start to produce income again – is expected to take years before that gets close to previous levels.

“If everyone who has found comfort in our daily online services or who has enjoyed Leo’s antics over recent days could give a donation, whatever amount, it would help enormously to support our Cathedral community and to sustain this truly special place.”

If you would like to support Canterbury Cathedral, please donate here.