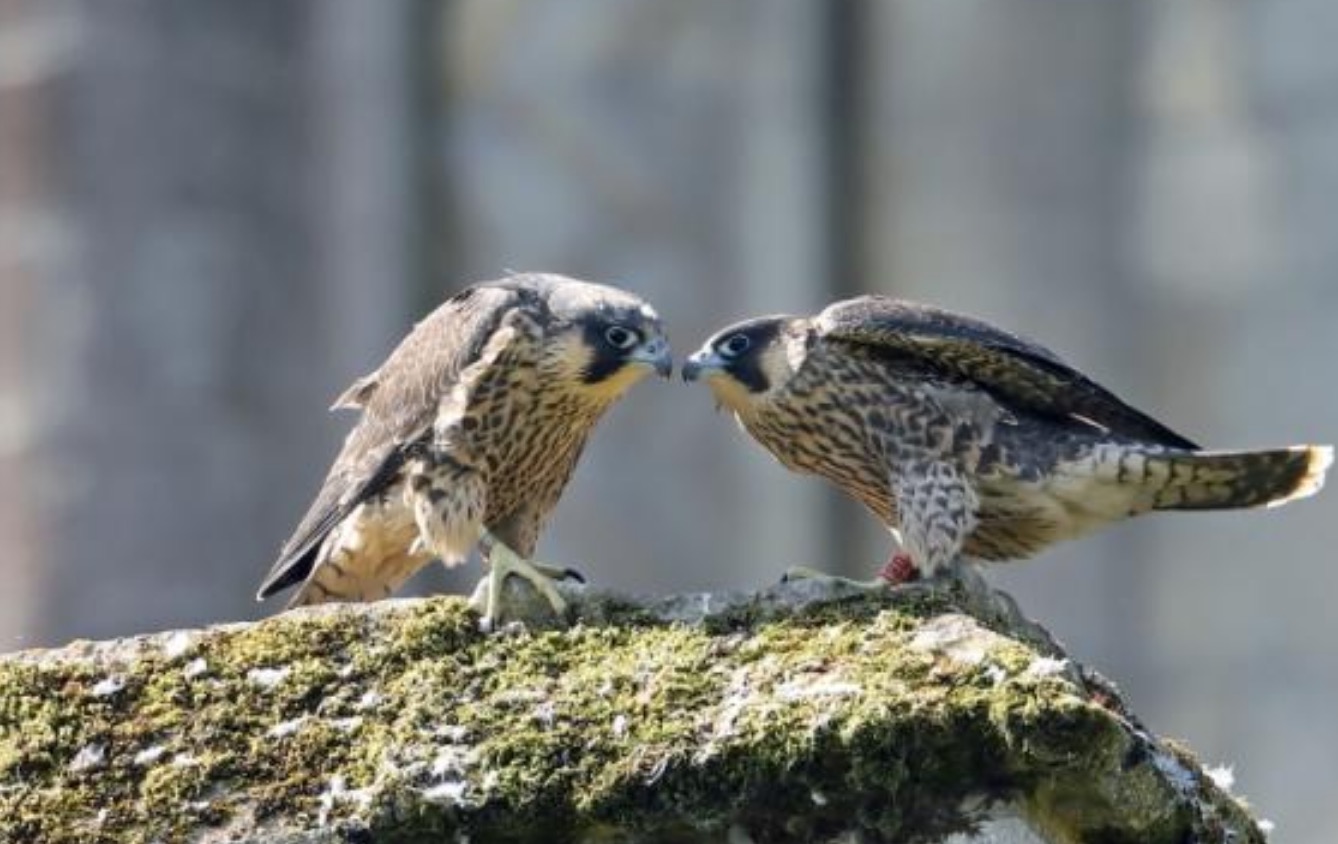 Winchester residents should keep their eyes to the skies – and they might just catch a glimpse of a young falcon.

ALL five of the new peregrine chicks have learnt to use their wings.

“Of the five birds, four were quick to use their wings, but the last one (I assume the youngest) was a few days later.

“He was four days younger than the others so it makes sense. Winnie was excellent at keeping him supplied with food while she also made sure the others were safe.

“We don’t see much of Chester, but often the male Peregrine catches prey and then passes it to the female to distribute. The last chick seems to have made it to safety and I know local residents have counted all five on different ledges – all on the north side.”

How are the peregrine chicks getting on at your local cathedral – find out more information and links to live peregrine webcams on this link.

This story was originally reported in the Hampshire Chronicle.