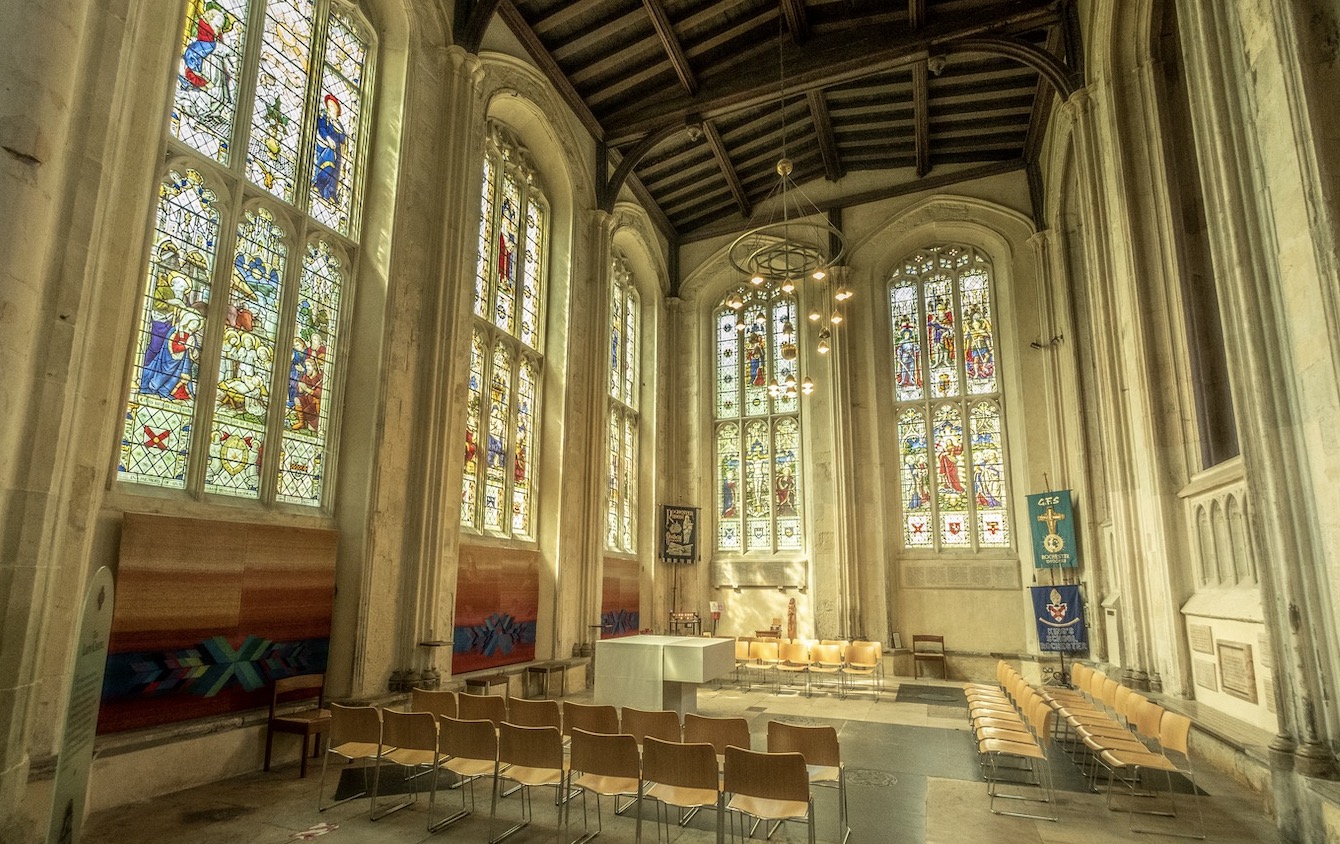 Most of my visits to cathedrals have been solitary affairs, but when I went to Rochester I was meeting the Reverend Erica Wooff for the first time. She and I had become Twitter friends, but had never met.

Now Rochester wasn’t a cathedral I knew much about, but coming in along City Way, your first glimpse is impressive, even with the vast Norman Keep of Rochester Castle next door. 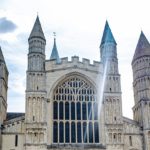 A Visit to Rochester – Marcus Green

Last summer you may recall certain quarters were outraged about the use of Rochester’s nave as an adventure golf course, and similarly the placing of a Helter Skelter in Norwich Cathedral.

So I thought if I am going to see this adventure golf, try it out, and try and understand a little bit more about Rochester, then going with a vicar was an excellent idea.

The first thing I noticed was some of the footprint of the ancient cathedral had been marked on the ground which was both fascinating, and gave a sense of the very deep roots of its history.

We went in through the Great West Door, which is quite simply breathtaking and remains broadly unchanged since the 1100’s and there we were in an instant, blasted straight into the sound of laughter, children having fun and whoops of delight as they finished their adventure golf.

Of course, Erica and I played our round of golf as we got to know each other and soon enough we were wandering around the rest of the cathedral. The golf only took up the nave and there was much more to see. Astonishingly as we walked into the choir all was peaceful, the golf had faded away and this most important part of the cathedral, leading to the altar was as quiet as any other cathedral.

A must see here is the “Wheel Of Life” painting, said to be the oldest in England. 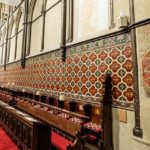 One real surprise was finding the Chapter Room, its doorway is stunning, but beyond is the modern library, it’s been done really well. 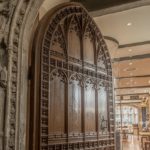 The Lady Chapel is open and welcoming, with some really interesting windows and an unusual placement, it’s also really peaceful.

One of the good things about Rochester is there has been a lot of thought put into the unobtrusive interpretation boards which tell you much about where you are in the Cathedral. I suspect a lot of thought was put into the golf too, my own view was they carefully balanced getting people through the door, the golf, and God – and got it right.

I hope this summer will see all the cathedrals re-open and who knows what surprises we will find!

Marcus has already written about his visits to Truro, Blackburn Cathedral,  Birmingham, Worcester, and Carlisle Cathedral.