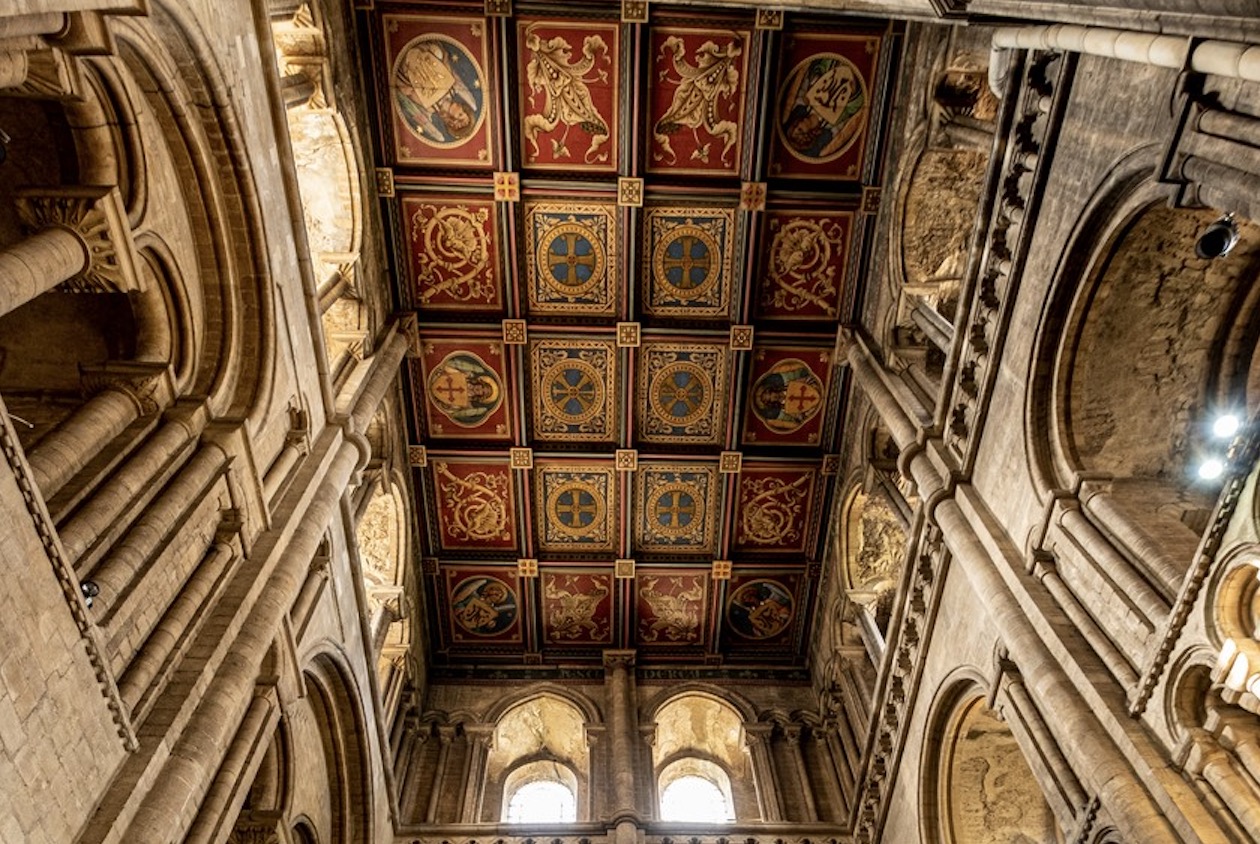 It’s almost impossible to talk about a visit to Ely Cathedral without waxing lyrical and descending into clichés.

It is easy to talk about Ely Cathedral’s famous octagonal lantern, the superb decorated ceiling or the setting of the “Ship of the Fens” which can be seen for miles around.

I arrived pretty close to lunchtime and it was heaving, with the queue to get in coming out of the main entrance. A man with a broad Norfolk accent muttered that he was going to the South door, so I followed and within minutes was inside.

If you go in through the South door you are immediately assaulted by the scale, grandeur and magnificence of the lantern which towers above you, it’s genuinely breathtaking. If you then look up the nave (one fo the longest in the country) you can not fail to be impressed by both the scale and beauty of the nave. The ceiling is absolutely beautiful and is as grand as you will find in any cathedral anywhere.

By the early 1800’s the cathedral was in a very poor state of repair and Dean Peacock set about a vast programme of enhancements with influences of Pugin, Willis and George Gilbert Scott, a triumvirate who would put things right.

It is said Pugin burst into tears when he walked into the Lady Chapel such was its state and todays visitor might well do the same, such is the magnificence of it. It was completed as a later addition in 1349 after nearly 30 years of building and is one of the most astonishing parts of any cathedral I’ve visited. Imagine what it was like with stained glass and painted statuary as it was before the Reformation. I found this chapel awe inspiring.

With an ancient building, beautifully restored it might have been that the Dean and Chapter preserved the place in aspic and left it as it was but the 20th century has seen some wise additions to the fabric with some especially fine modern sculpture and a significant restoration programme in recent years which saw the roof renewed and much of the stonework improved plus the addition of the Processional Way into the Lady Chapel.

My overwhelming impression of Ely is that of a ship, coursing its way through life, it’s vibrant, it’s lively, it’s going places and continues to reinvent itself for new audiences and that is why it is one of the busiest cathedrals I’ve visited and I’m looking forward to going back.

Marcus has already written about his visits to Truro, Blackburn Cathedral,  Birmingham, Worcester, and Carlisle Cathedral.