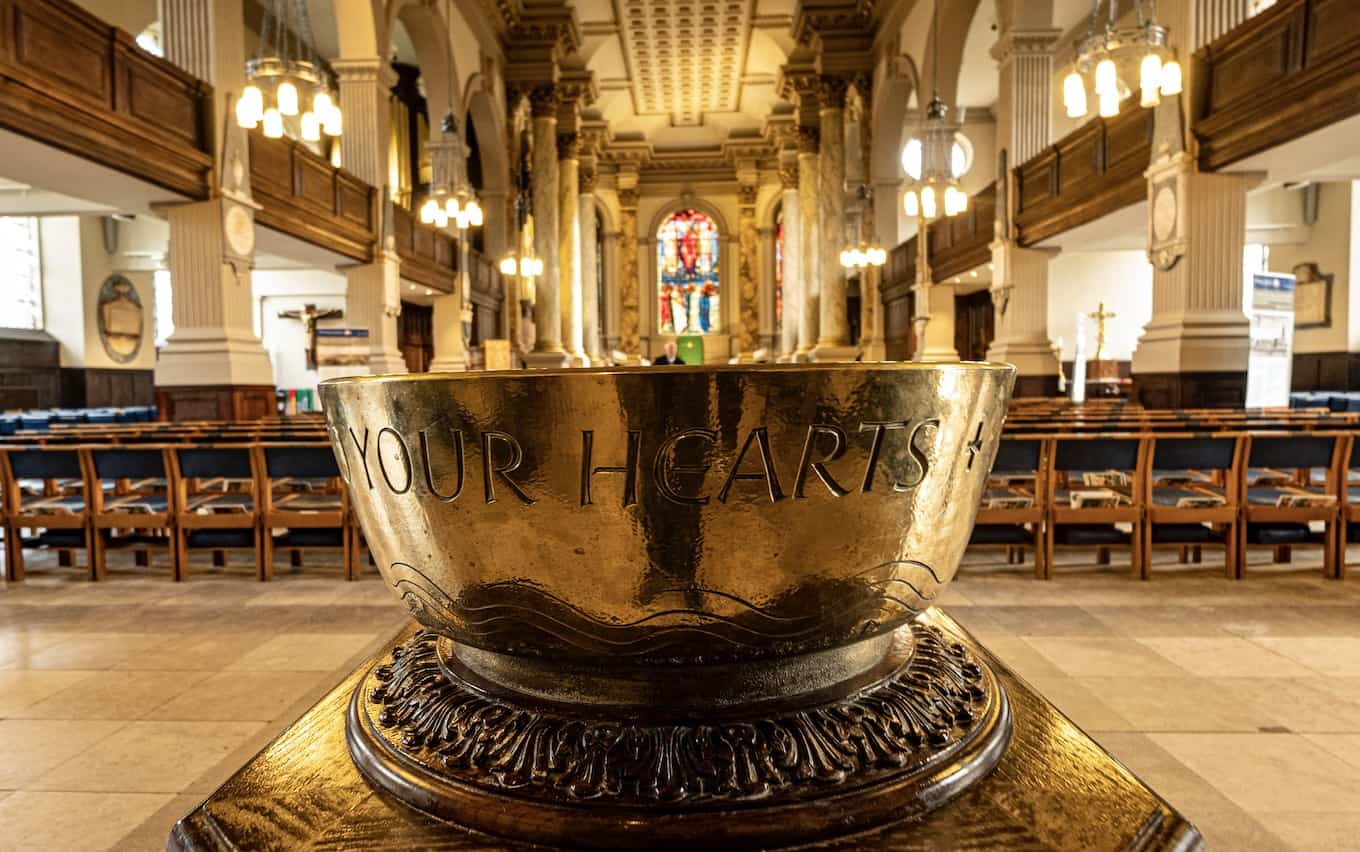 I grew up in the 1970’s and 80’s on the outskirts of Birmingham and one of my earliest memories was a trip to Birmingham Cathedral where we climbed on the roof. Other than the absolute fear of heights I have no further recollection, but the cathedral has been a part of my DNA ever since.

I spent a summer working in the post room of an accountants overlooking the Cathedral and one lunchtime recall walking across St Phillips graveyard and seeing George Melly sitting on one of the benches. I said “Aren’t you George Melly?”

Possibly the dumbest question he’d ever been asked as there were few more flamboyant and recognisable musicians of his time. He was charming.

Moving forward to 2019 and the Cathedral remains in good hands, the Square is bustling, with over 20,000 people passing through daily and yet in amongst the chaotic melting pot of busses, trams, cars, cultures and people the cathedral remains as tranquil and peaceful as ever. To step inside is to step into a world where you are unlikely to be troubled by more than a smile from the greeters. It can be disarming to find such quiet.

Birmingham was a centre for the pre-Raphaelite movement and this is probably what draws many visitors. The four windows by Burne-Jones are unimaginably glorious. He was Baptised at the Cathedral and maintained a long association. They really are the towering glory of the Cathedral and on their own are truly magnificent but put them in this setting and they are perfect.

The three by the Altar are wonderful but my favourite is The Last Judgement which is exceptionally powerful.
Birmingham suffered bombing in the war, but the Cathedral windows were undamaged and here is a story of great foresight.

The Birmingham Civic Society, decided at the start of the war to spent £375 removing the windows and storing them in a Welsh slate mine until the war was over and they were re-installed in 1948. I find that astonishing, there is no doubt in my mind, that had this not happened they would have been lost forever. 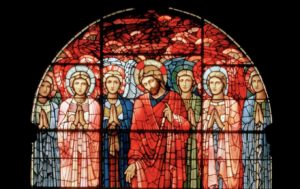 Birmingham Cathedral brims with stories; it speaks of civic pride and of care and feels completely entwined with the story of its city.

I think that if Birmingham Cathedral has one gift, it’s a moment to slow down, pause and wonder in the busyness of your day.

Marcus has already written about his visits to Truro and Blackburn Cathedral.