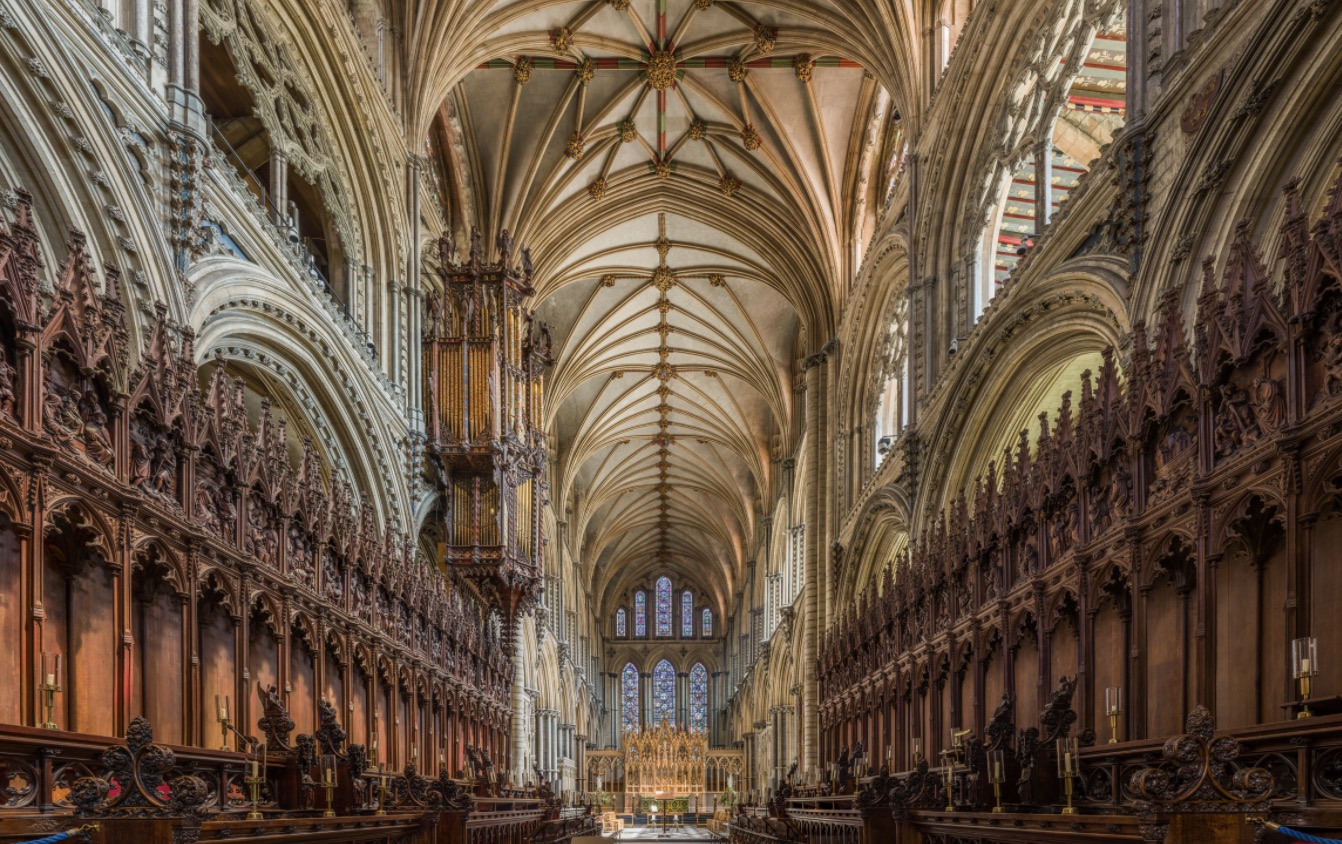 Choristers from York Minster, Ely, Norwich, Wakefield, Winchester and Llandaff Cathedrals and Westminster Abbey have joined a star studded cast that includes Stephen Fry, Alexander Armstrong, Simon Russell Beale and the Revd Richard Coles who have come together “in lockdown” to record a Virtual Choral Evensong which will be broadcast live on YouTube next Tuesday (May 19).

UPDATE: What some of the choristers are saying about being part of this amazing Virtual Choral Evensong project.

Created by The Rodolfus Foundation, a charity dedicated to supporting and raising the profile of the choral evensong tradition, this ambitious Virtual Evensong hopes to raise funds for this 500-year-old practice which is sung the world over.

The Virtual Choral Evensong Project will be broadcast live at 6.30pm on Tuesday on the Rodolfus Foundation’s YouTube and Facebook platforms and is the culmination of over 950 video and audio submissions gathered from around the world and includes choristers past and present from Ely, Norwich, Wakefield and Winchester Cathedrals, Westminster Abbey and Llandaff Cathedral from the Church in Wales.

Over 450 people voted for Hubert Parry’s I Was Glad as the anthem, and it will be introduced by Alexander Armstrong with the semi-chorus section sung by members of VOCES8.

The first lesson will be read by Stephen Fry who has chosen the story of David and Goliath, while Simon Russell Beale will read 1 Corinthians 13 for the second lesson.

Other contributors include the Canon Organist Emeritus at Durham Cathedral, James Lancelot, and Andrew Lumsden, organist and Director of Music at Winchester Cathedral. The blessing will be given by the Revd Richard Coles.

Choral Evensong is the ‘song’ of voices sounding together at the ‘even’ point between the active day and restful night. It is sung around the world free of charge and free of religious commitment offering daily contemplation for people of all faiths and none.

The project, in association with ChoralEvensong.org, is in aid of the Cathedral Choirs’ Emergency Fund, set up by the Friends of Cathedral Music and the Ouseley Church Music Trust.

The fund aims to raise £1million to support choirs that might not survive the Covid-19 lockdown.

“I am touched by the range of singers who have contributed. I have had some wonderful letters telling me how contributing has brought them great joy during lonely lockdown. We so miss bringing beautiful music to beautiful buildings. We have highly experienced professionals and young choristers contributing, with some families singing together in their beloved evensong, so sorely missed at the moment. It has taken a month to come together and we hope it will give as much pleasure to those listening to it as it has to those putting it together.

Donations to the Fund can be made here.

ChoralEvensong.org is a website directory that gives details of 728 cathedrals, churches and chapels in Britain and Ireland, in which Evensong is sung by choirs – daily, weekly or monthly. The directory allows the website visitor to plan their visit to an Evensong, to listen to a choir’s webcast, or find out more about the tradition of Evensong.

Virtual Choral Evensong – Order of Service
Opening Voluntary – played by James Lancelot, Canon Organist Emeritus at Durham Cathedral.
Introit – Thomas Tallis’ If Ye Love Me, sung by an octet of Rodolfus Choir members.
Preces and Responses – William Smith and Edward Naylor.
Psalms 126 (chant George M. Garrett) and Psalm 133 (chant Edward Elgar), introduced by the Rev’d Tim Harling.
The First Lesson – read by Stephen Fry who has chosen the story of David and Goliath from 1 Samuel.
Magnificat – George Dyson’s Evening Service in D, accompanied by Andrew Lumsden, organist and director of music at Winchester Cathedral.
Second Lesson – read by Simon Russell Beale who chose 1 Corinthians 13, read from the Authorised Version of the Bible.
King James Version of 1 Corinthinas: 13.
Nunc Dimittis – Tomás Luis de Victoria.
Hymn – All my hope on God is founded (tune: Michael) by Herbert Howells accompanied by David Goode in Eton College Chapel, and by Oliver Walker at Repton College Chapel for the last verse (descant – John Rutter).
Anthem – Hubert Parry’s I Was Glad, voted for by 450 people, with an introduction by Alexander Armstrong and the semi-chorus section sung by members of VOCES8.
Prayers – collated by the Revd Niall Weir and the blessing is given by the Revd Richard Coles.
Voluntary – JS Bach’s St Anne Prelude played by Mark Shepherd from Charterhouse School Chapel.

For more about Choral Evensong, the New Mindfulness visit our page here.