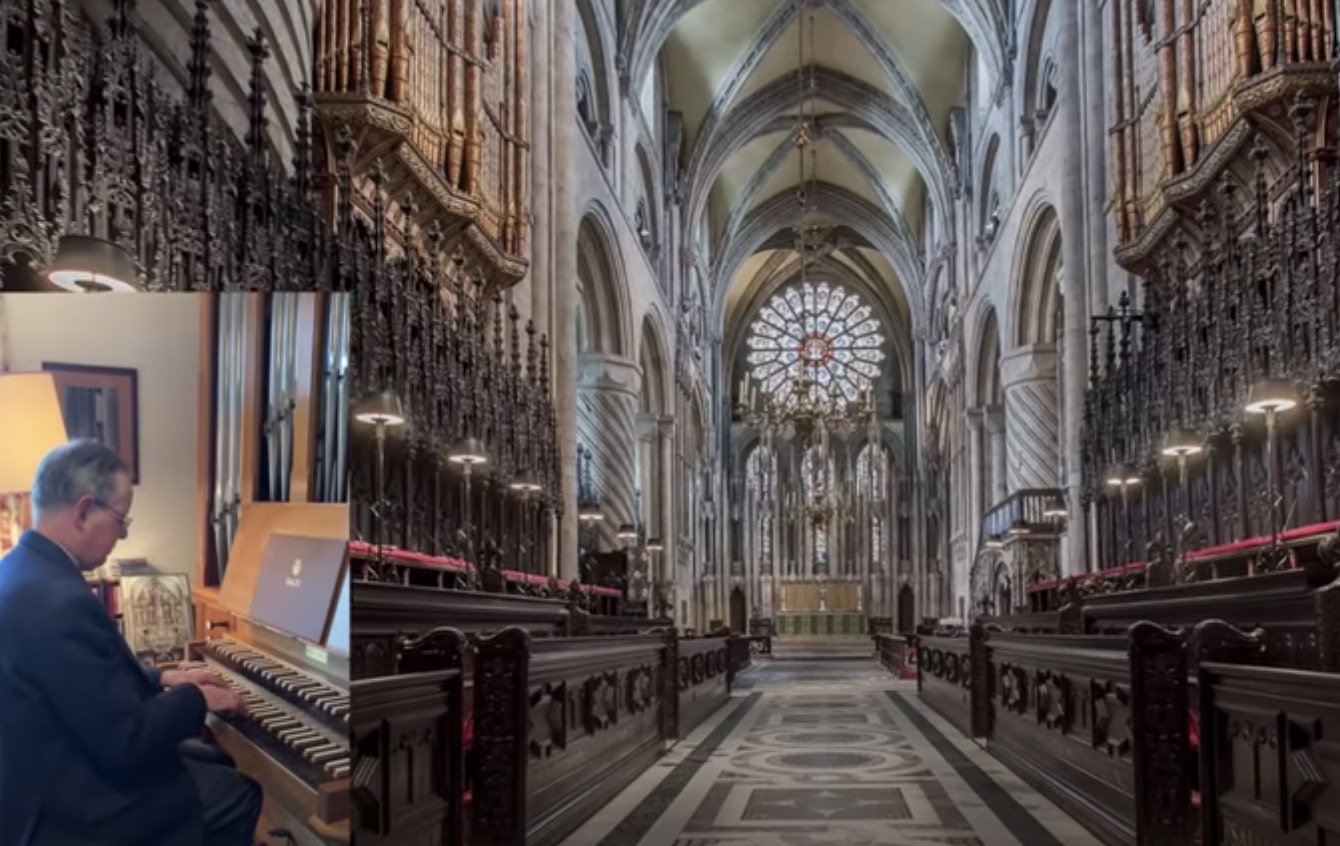 Almost 4,000 live views, 18,000 on catch up and over £770k raised: first Virtual Choral Evensong created by the Rodolfus Foundation as a fundraiser to support struggling cathedral choirs and to raise awareness of the choral tradition is hailed a success.

Broadcast live on the Rodolfus Foundation’s YouTube channel last night (May 19), it featured over 250 singers including choristers past and present from Ely, Norwich, Wakefield, Winchester, Llandaff Cathedrals and Westminster Abbey, along with contributions from Stephen Fry, Alexander Armstrong, Sir Simon Russell Beale and Church of England priest and broadcaster Richard Coles.

Other contributors included the musical directors at both Durham Cathedral, James Lancelot, and Winchester, Andrew Lumsden. And the piece used the latest drone footage over Durham Cathedral provided by Visit Durham.

The Virtual Choral Evensong project was the culmination of over 950 video and audio submissions gathered from around the world and the whole piece was opened and closed with Cosmo Sheldrake’s Evening Chorus, an improvisation using endangered British birds’ songs recorded in Dorset woodland to create the evensong of the birds at this time.

Choral Evensong is sung at the ‘even’ point between the active day and restful night. It is sung around the world free of charge and free of religious commitment offering daily contemplation for people of all faiths and none.

Last night almost 4,000 people from across the world tuned in to watch the Virtual Evensong broadcast live and by this morning it had been watched online a further 15,000 times.

Watch it again below.

“Choral Evensong is undoubtedly one of England’s greatest inventions and the broadcast has shown us just how much this wonderful tradition is loved and missed all over the world. I have found the whole experience overwhelming and am so touched by the messages and support we have received from all faiths and none.”

The project, in association with ChoralEvensong.org, is in aid of the Cathedral Choirs’ Emergency Fund, set up by the Friends of Cathedral Music and the Ouseley Church Music Trust. The fund aims to raise £1million to support choirs that might not survive the Covid-19 lockdown.

So far the Choral Evensong project has raised almost £800,000 of its £1m target for the Cathedral Choirs’ Emergency Fund and almost £4,000 of the 50,000 target for the Rodolfus Foundation.

The Rodolfus Foundation, a charity dedicated to helping young singers, runs residential singing courses, a youth choir and partnerships with local choirs to encourage young people from all backgrounds to sing to a high standard.

Like most organisations, they have been forced to cancel their year’s planned activities and create online opportunities due to the coronavirus pandemic.

You can donate to either of the funds on the website.