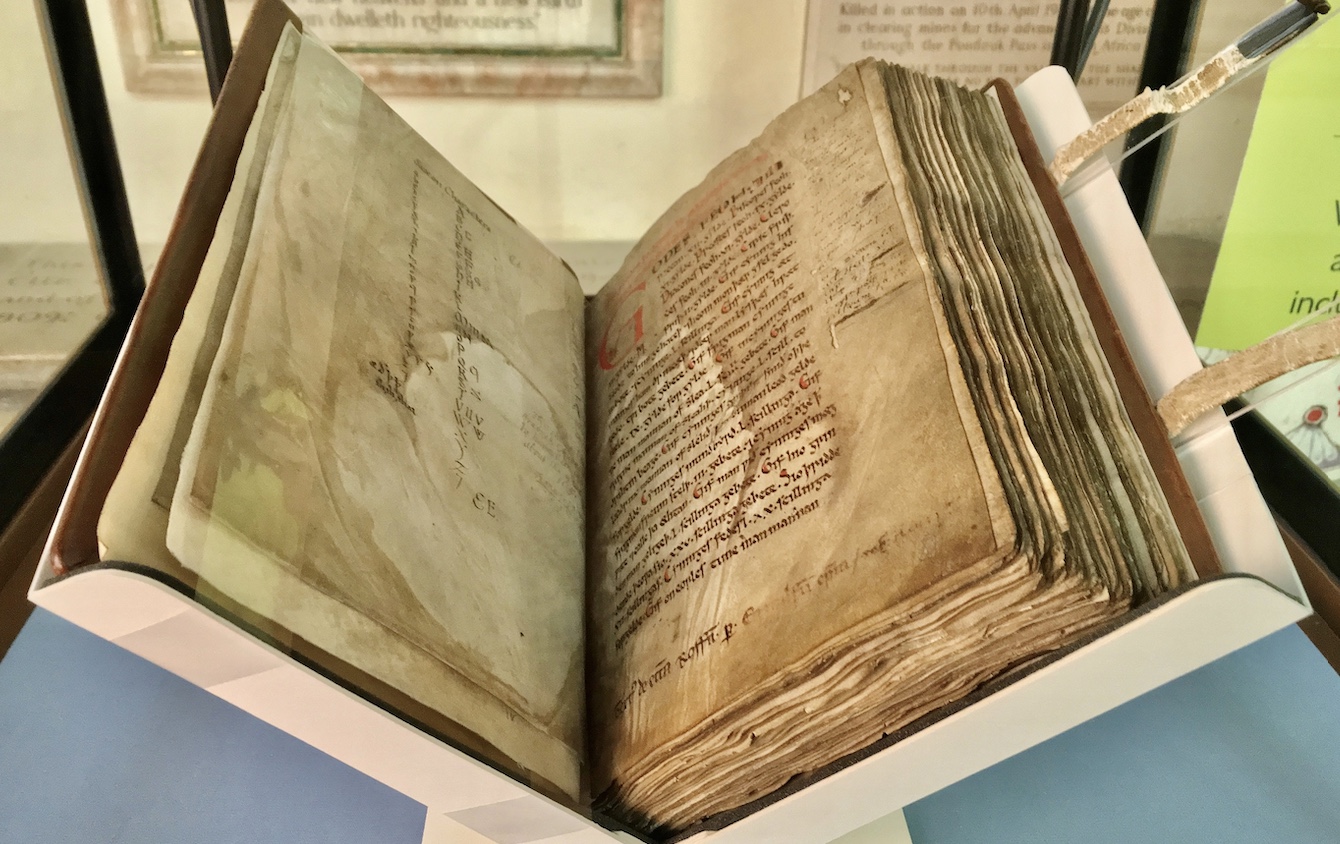 A collection of early English laws preserved in Rochester Cathedral’s twelfth-century manuscript, Textus Roffensis, has been added to the UNESCO Memory of the World UK Register.

The Register honours documentary heritage of national significance including the Death Warrant of King Charles I, Magna Carta and the Churchill Archives, and demonstrates the importance of this medieval manuscript.

Textus Roffensis was compiled in the early 1120s by a monk of St Andrew’s Priory at Rochester Cathedral.

The first half of the manuscript has been accepted onto the register; it contains copies of pre-Conquest laws written in Old English (Anglo-Saxon), many of which are unique to Textus Roffensis. Included among the unique texts is the earliest known set of English laws known as Æthelberht’s Code, dated to about 600 and from the Kingdom of Kent. It is also the earliest datable work of any genre composed in the English vernacular. Two later seventh-century Kentish laws, Hlothere and Eadric’s Code (c.679-c.685) and Wihtræd’s Code (695), are also unique to Textus Roffensis.

There are in total 35 early English law codes in the first half of the manuscript including laws by Alfred the Great, Æthelred ‘the Unready’ and William the Conqueror.

The latest of these is the oldest surviving copy of the Coronation Charter of Henry I, the fourth son of William the Conqueror. Written in Latin, it spells out the responsibilities and limits of the King toward the Church and the king’s noblemen. And, as such, has been interpreted as a precursor to Magna Carta of 1215.

“Textus Roffensis is without question one of the most important of all medieval British manuscripts. It contains the largest medieval collection of early English law codes written in the original Old English.

“Complied at Rochester Cathedral between 1120-23 it was at the very heart of the emerging monastic community. It was returned home to the Cathedral in 2016 and the Textus now resides once more in the heart of the Medway towns and is displayed, free of charge, in the ancient crypt.

“This announcement by the UNESCO UK Memory Register rightly acknowledges that Textus is one of Britain’s greatest treasures,” he added.

The UNESCO UK Memory Register was established in 1992 to protect and catalogue significant documentary heritage to save for future generations.

Textus Roffensis is on display in the crypt of Rochester Cathedral and available online here.