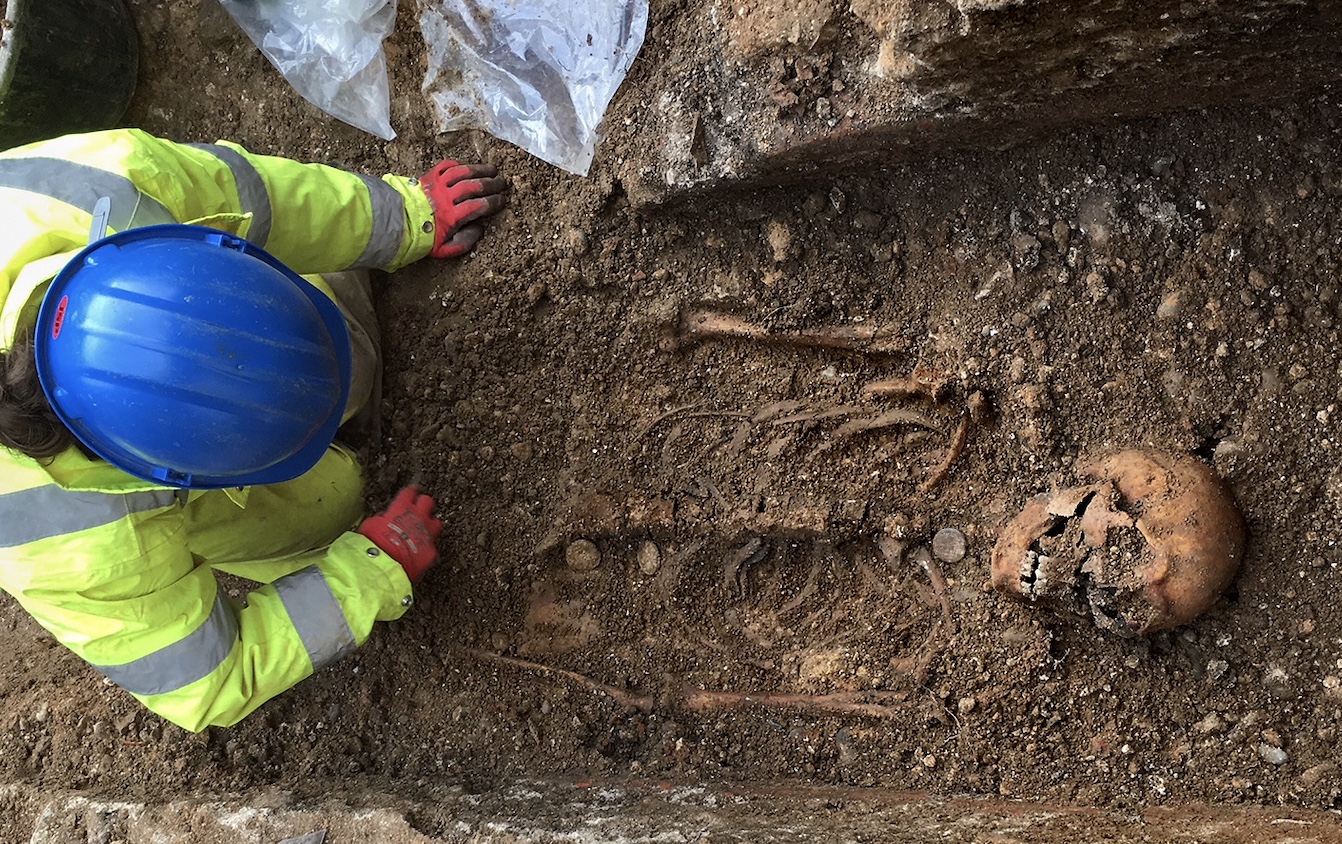 One of the most influential Benedictine abbots of the 15th century, Abbot John of Wheathampstead has been laid to rest in St Albans Cathedral – five years after being discovered unexpectedly during excavation work.

For 480 years his burial site was unknown until he was found alongside three papal bulls that Pope Martin V had given him forty years before he died.

Abbot John’s earthly remains were placed in a zinc ossuary, draped in a purple pall, he was buried with three replica papal bulls and a scroll made from vellum detailing the manner in which he was re-discovered and the service to lay him to rest.

He was taken on his final journey through the original 14th century Abbot’s door – a door that he would have used daily to enter the then Abbey and buried alongside his royal compatriot Humphrey, Duke of Gloucester. 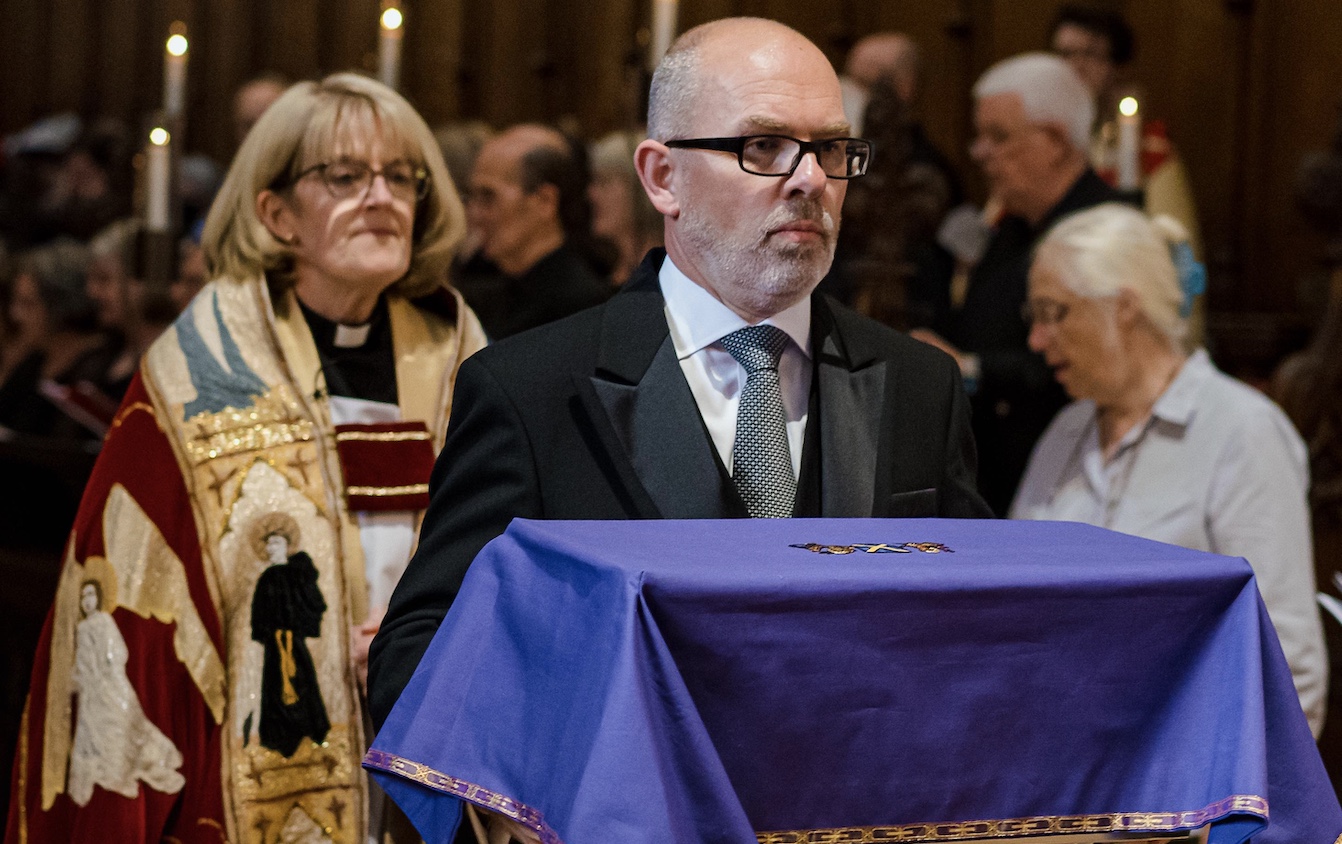 “It was an extraordinary privilege to lay to rest Abbot John of Wheathampstead here in the Abbey that he worked to build and within which he called people to pray, learn and serve.

“His legacy is enormous and this moment of history is a very special one for our Cathedral community.

“In placing his bones in the ossuary we have been inspired afresh by the life of John Bostock, born and educated locally, called by God in his day, as we each are today, to be part of living God’s love for the world,’ she added.

Funded by the Friends of St Albans Cathedral, Abbot John’s face was digitally reconstructed by FaceLab, based at Liverpool John Moores University.

“This is the first monk of medieval England we can look in the eye. The monasteries were a dominant feature of medieval life, not only churches but also centres of education, culture and the creative arts.

“Thousands of people lived and worked in them throughout the Middle Ages but we know very little about them. Thanks to this rare archaeological discovery, and some historical detective work, at St Albans we have been able put a name to a skeleton and a face to that name.” 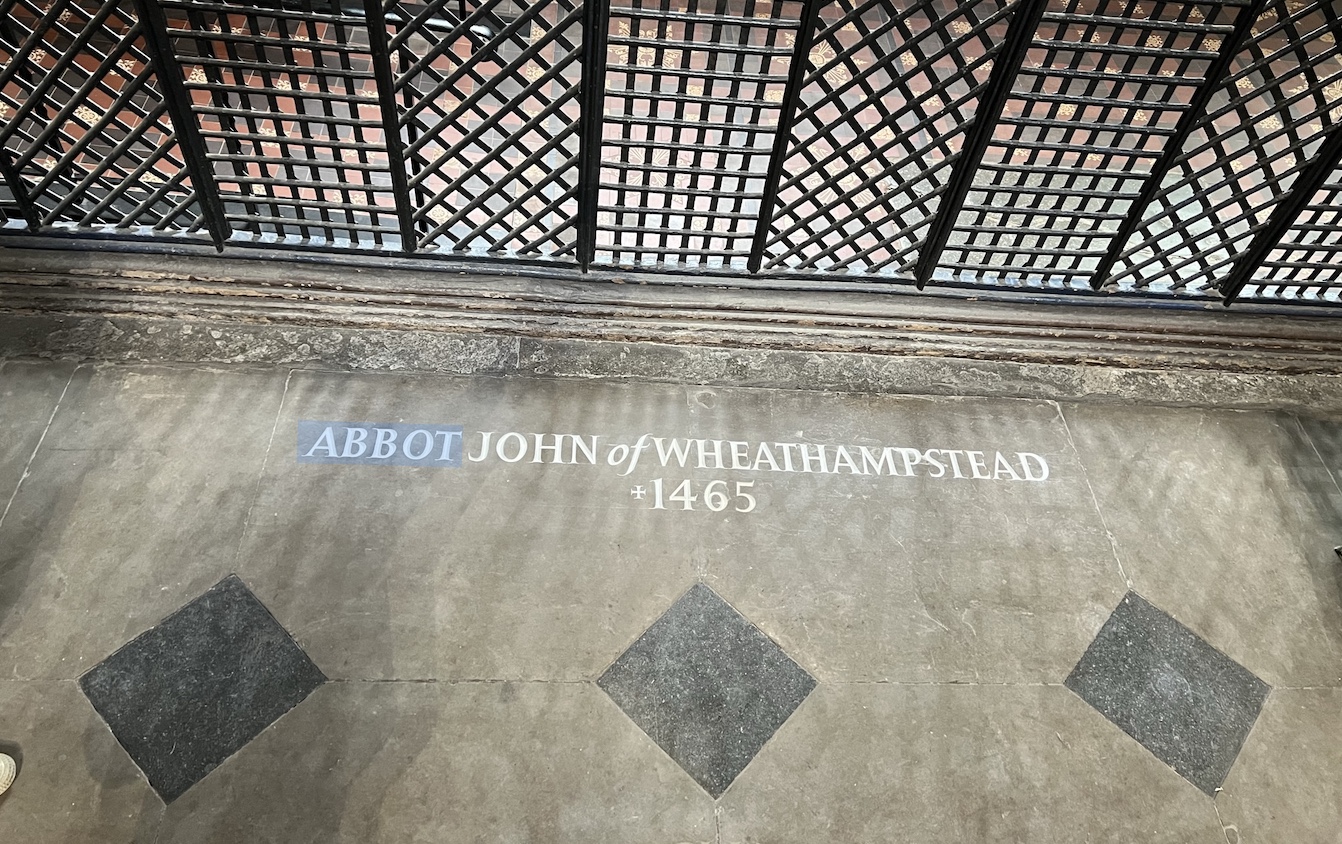 Abbot John and Humphrey, Duke of Gloucester were close friends by the end of the 1420s, with the Duke’s spirituality drawing him close to Alban, Britain’s first saint, they shared a love of literary culture. It was therefore fitting to reunite the friends and place Abbot John next within the tomb of Humphrey in the Chantry Chapel, near to the Shrine of St Alban.

More information about Abbot John can be found here.