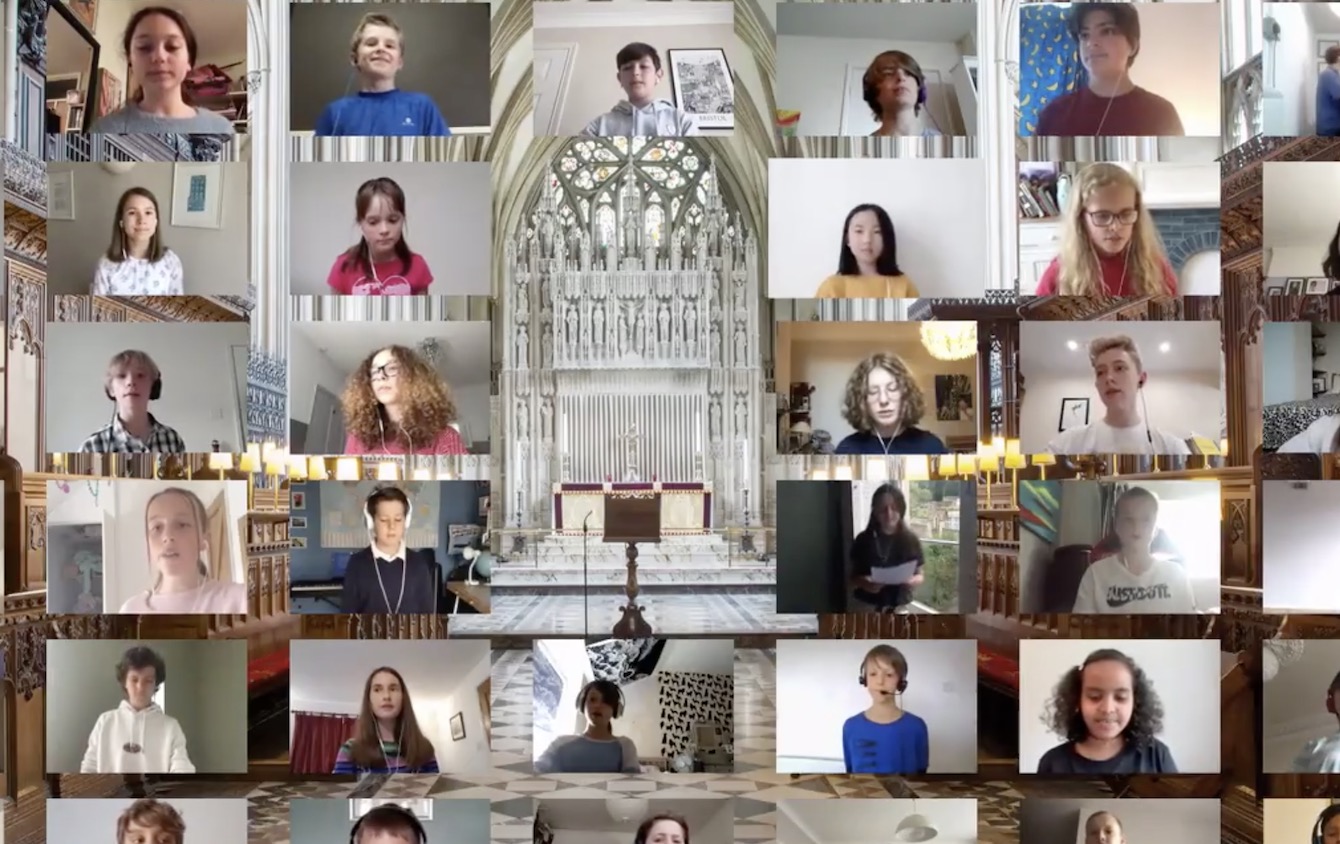 Wakefield Cathedral marked the end of its choir year and its first public Sunday worship by rewriting its favourite (and namesake) hymn For All the Saints to tell its lockdown journey.

The result is a short film featuring the choir singing from their homes that gives a snapshot of the life of the cathedral since it went into lockdown as it is “Finding new ways to worship and to care, binding together God’s family everywhere.”

The hymn is long associated with Wakefield Cathedral. It was written as a processional hymn in 1864 by the Anglican Bishop of Wakefield, William Walsham How. The cathedral was formerly All Saints Parish Church until it was made the cathedral of the historic diocese of Wakefield in 1888 which became part of the Anglican Diocese of Leeds in 2014 and is now one of three co-equal cathedrals.

The words for this lockdown version of For All The Saints was rewritten by the cathedral’s Canon Precentor, the Revd Leah Vasey Saunders to mark the end of its choir year.

Choristers from Bristol Cathedral sang Archer’s the Lord’s My Shepherd from their homes in their latest “quirentine” offering to mark the last day of their choir term.

The choristers first hit the headlines at Easter when they refused to let the lockdown prevent them from upholding their ancient Easter tradition of singing together.

They created their first multitrack performance from their own homes when almost 40 choristers, together with the back row, came together for the special celebratory performance of This Joyful Eastertide.

This 21st century solution is part of a package of worship and songs offered by Bristol Cathedral during the lockdown and they used the end of the choir term to sing together for one last time.

The end of the choir term coincided with the launch of Sing Forever on Sunday which saw 269 choristers from 41 choral foundations including 29 of our Anglican cathedrals join their voices with famous former choristers, Aled Jones and Elizabeth Watts, and the current BBC Young Choristers of the Year for this special lockdown recording to raise funds for the Cathedral Choirs’ Emergency Fund.

On the same day the Church Commissioners announced it will support England’s cathedral choirs with up to £1.1 million available to ease the impact of Covid-19.

The initiative matchfunds the campaign by The Cathedral Choirs Emergency Fund which pledged to raise £1 million through fundraising ideas such as the Rodolfus Foundation’s first virtual choral evensong in May and the Sing Forever project.

The Robert Prizeman song Sing Forever was re-arranged by Norwich Cathedral’s Master of Music, Ashley Grote and produced by the musical team at Norwich Cathedral, it was introduced by Alexander Armstrong and received its premiere on Radio 2’s Good Morning Sunday with Kate Bottley.

It has so far raised 91 per cent of its £10k target for the Cathedral Choirs Emergency Fund and featured in national and local television and press.