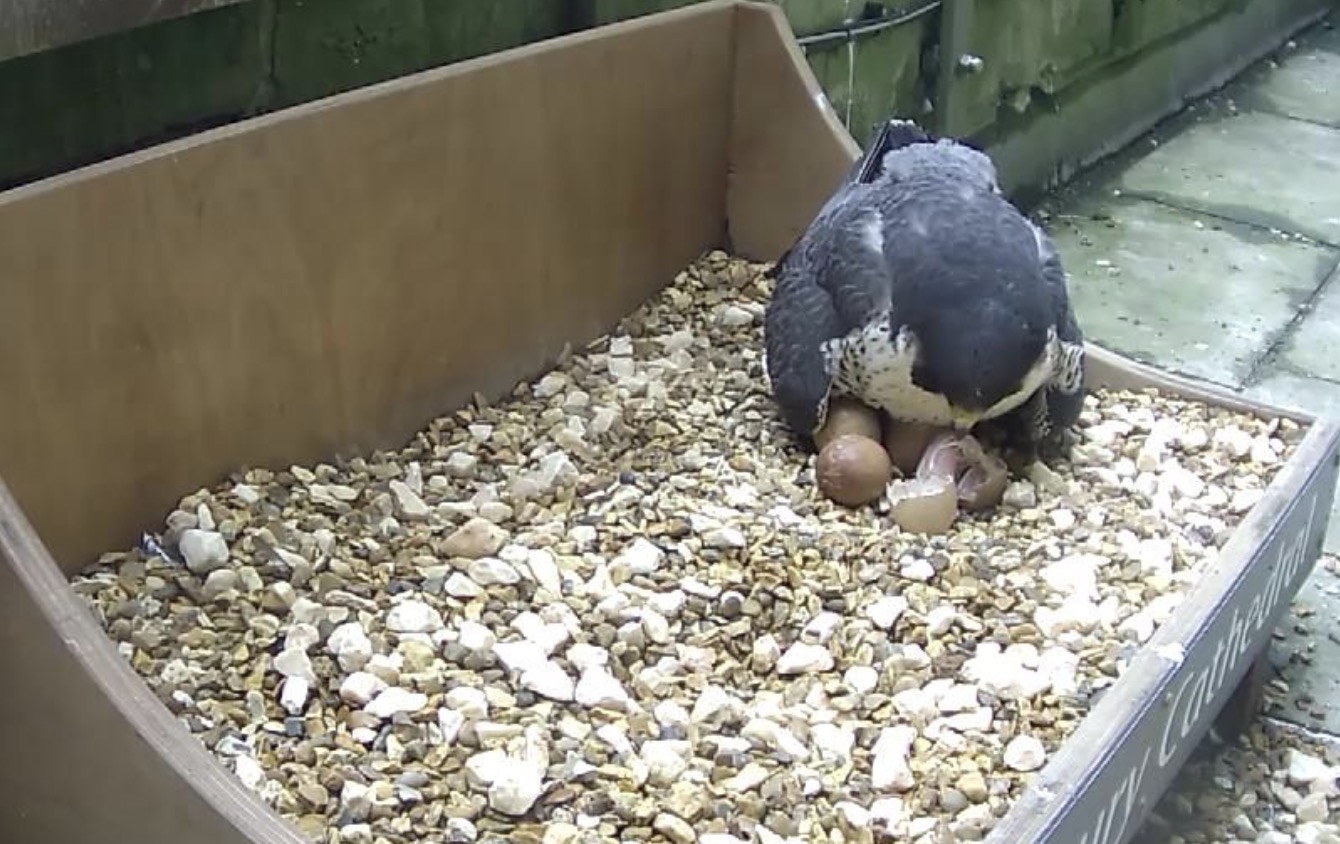 #Borisbaby … and now in other news.

Salisbury Cathedral is celebrating the hatch of its first peregrine chick of the season.

Meanwhile Wakefield Cathedral’s peregrine team is expecting their first chick any day now too and posted on their twitter account this morning to keep an eye on their webcams as the birds were getting restless as they hear chicks calling from inside the eggs.

The volunteers that run the Wakefield Peregrine project are expecting three eggs to hatch tomorrow.

It’s no easy job hatching – the whole process takes around 72 hours from pip (when the shell is first broken) to hatch. Generally that happens around 32 days after incubation begins – and incubation begins when the last egg was laid which in Salisbury was on 29 March.

Newly hatched peregrines weigh in at about one-and- half ounces and double their weight in just over a week – that goes up to tenfold after three weeks.

The new chicks are covered with fluffy white down, and it will be at least three weeks before they get feathers, and around five weeks before they fledge. So now after a long spell of being very quiet and serene, with UK lockdown will become incredibly busy and noisy!

Salisbury Cathedral’s peregrine webcam has been very busy during lockdown – with over 120,000 views – and it is expected to get busier with the new chicks and lots of feeding going on. You can access that through the cathedral website.

You can watch Wakefield’s peregrines live here. You can find links to other peregrine webcams on our site here.