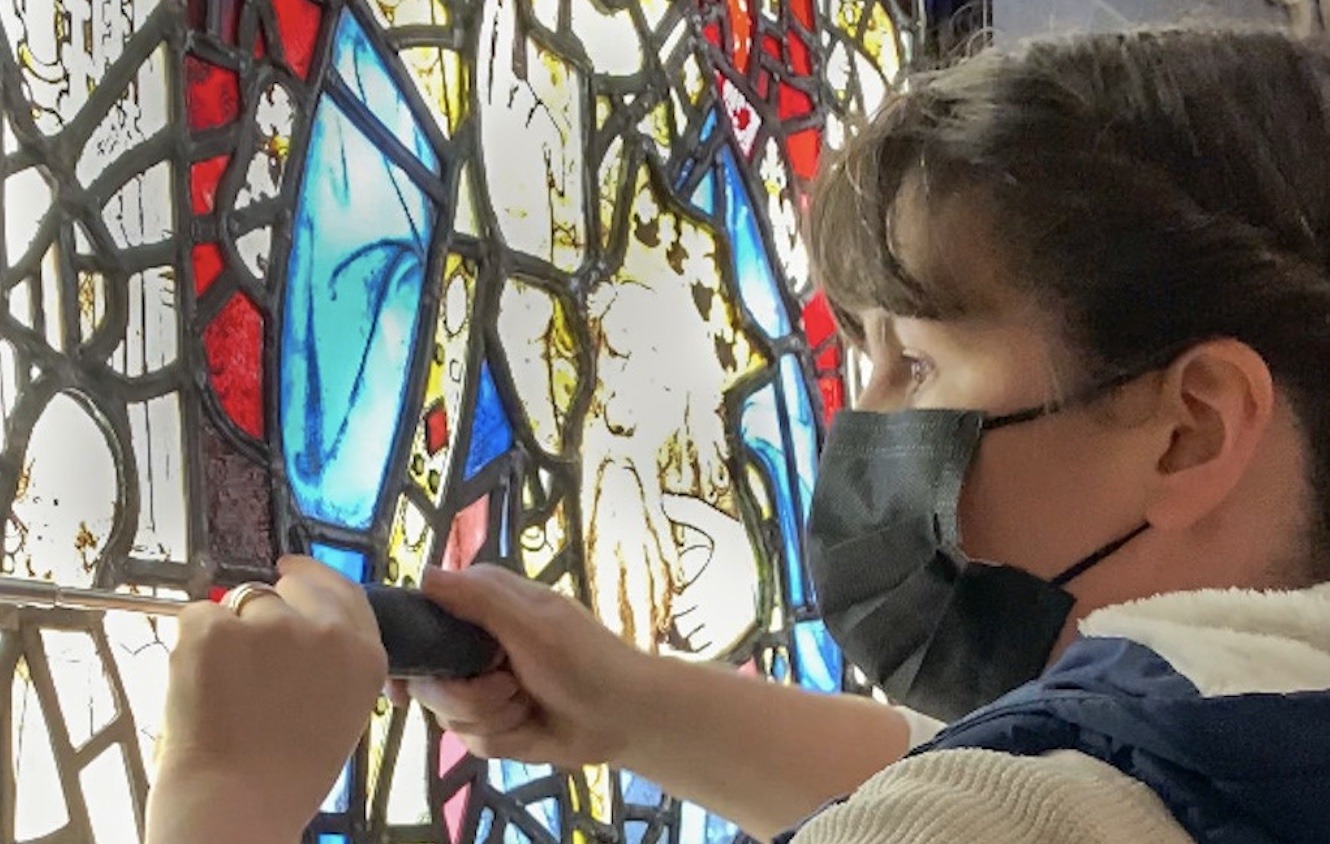 Conserved medieval panels of stained glass featuring the figure of St Cuthbert were returned to York Minster on All Saints Day (Monday 1 November) – part of an exhibition exploring the life and miracles of one of northern England’s most significant saints.

Cuthbert, one of the north’s most significant saints, comes home.

Conservators from York Glaziers Trust installed the panels of stained glass, which are nearly 600 years old, to the cathedral’s Light, Glass & Stone: Conserving the St Cuthbert Window exhibition, which opened in June.

Light, Glass and Stone – Conserving the St Cuthbert Window exhibition is now open at York Minster until 2023. Click here to find out more.

Explore the medieval St Cuthbert Window through a new exhibition which tells the story of the life and miracles of one of Northern England’s most significant saints.

The figure was removed from the Minster in March as part of a five-year, £5m project to conserve the St Cuthbert Window – which is one of the largest surviving narrative windows in the world – and the stonework of its surrounding Transept. 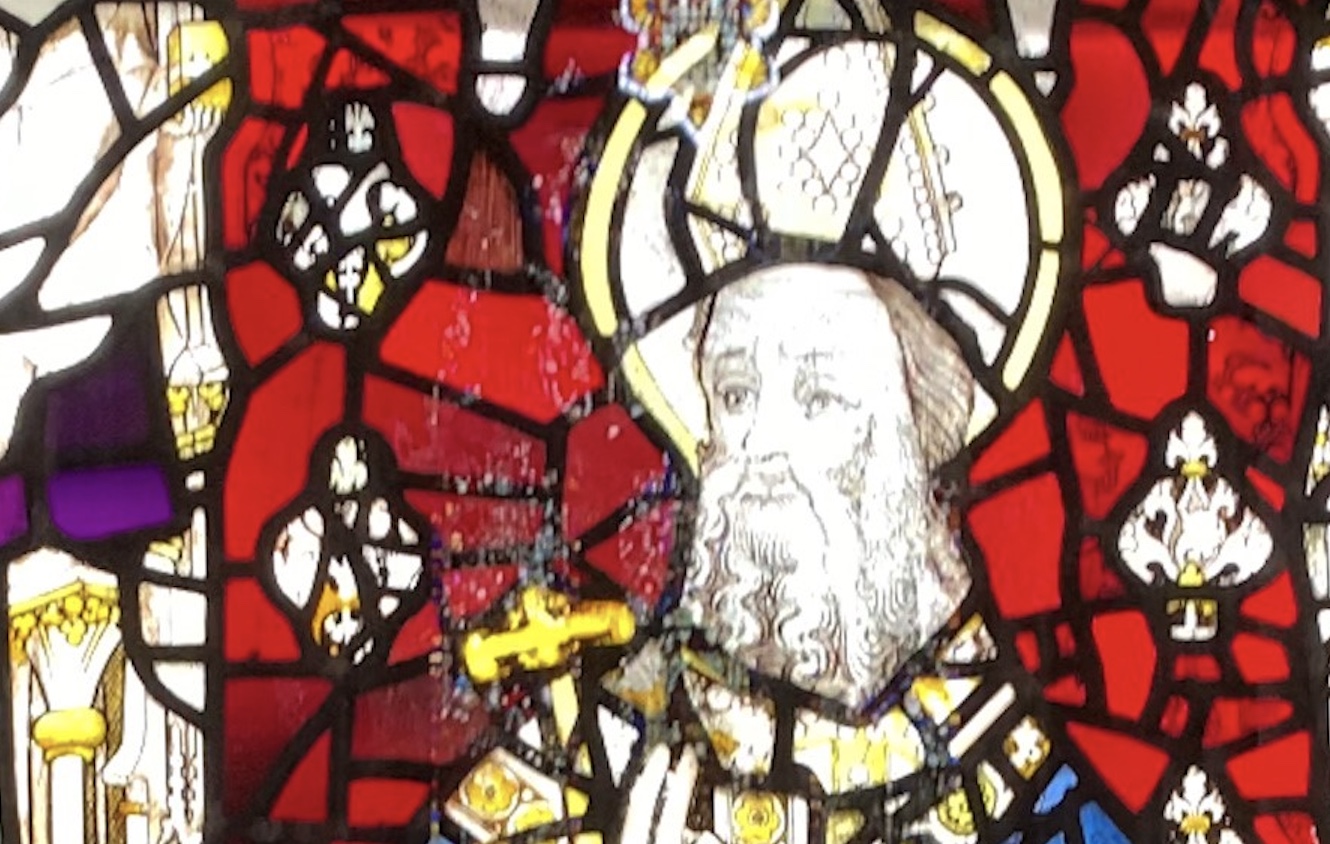 During conservation work experts at the Glaziers Trust found a technique dating from the 12th century was used in the creation of the panel, demonstrating the level of glazing expertise and skill in the city when the window was created around 1440, and the care and prestige given to the figure of St Cuthbert as one of northern England’s most significant saints.