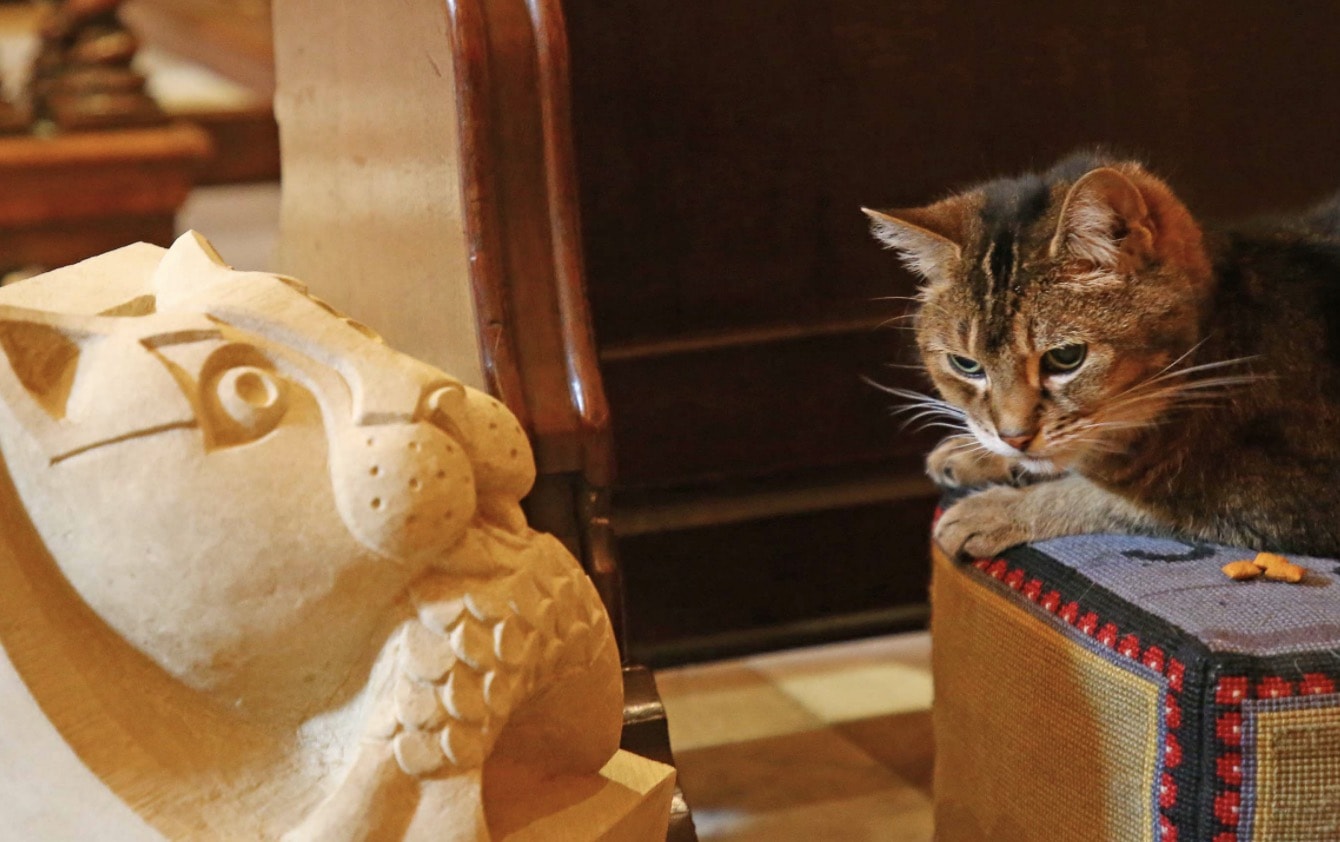 Southwark Cathedral’s cat Doorkins Magnificat has died peacefully in the arms of the verger she had been living with since retiring last year.

“She was present at more services than most of us” Southwark’s cat Doorkins passes away.

Doorkins,first came to the Cathedral as a stray in 2008, earned widespread affection from those who visited the cathedral.

Her likeness is engraved in a stone corbel jutting out from one of the Cathedral’s walls, and a picture book about her adventures was published in 2017.

Church-goers had even written poems in praise of Doorkins, who church staff remember as an “active and fearless” cat.

“The community at Southwark Cathedral is saddened by the death of Doorkins,” said the Dean of Southwark, Andrew Nunn.

“Like many people before her she found her way to us and was welcomed and made us her family and this place her home.

“She brought us so much pleasure and much joy to her many fans and followers.”

The verger who cared for Doorkins in her retirement added:

“In the past couple of weeks her health declined rapidly and during the night of the 30th of September her health very suddenly and quickly deteriorated.

“She died in my arms to the sound of a familiar voice peacefully at 8.20pm. I miss her more than words can say such was the impact she had on me and all who loved her so dearly.”

Her remains will be brought back to the church in due course, and a thanksgiving ceremony will be held on October 28.

Doorkins, who lived in the cathedral for over a decade, had first began visiting between Christmas and New Year in 2008, waiting at the South West doors for food.

Eventually, she decided to move in, and lived in the cathedral until 2019 when her eyesight failed and she was taken home by one of the vergers.

This report first appeared in the Southwark News.