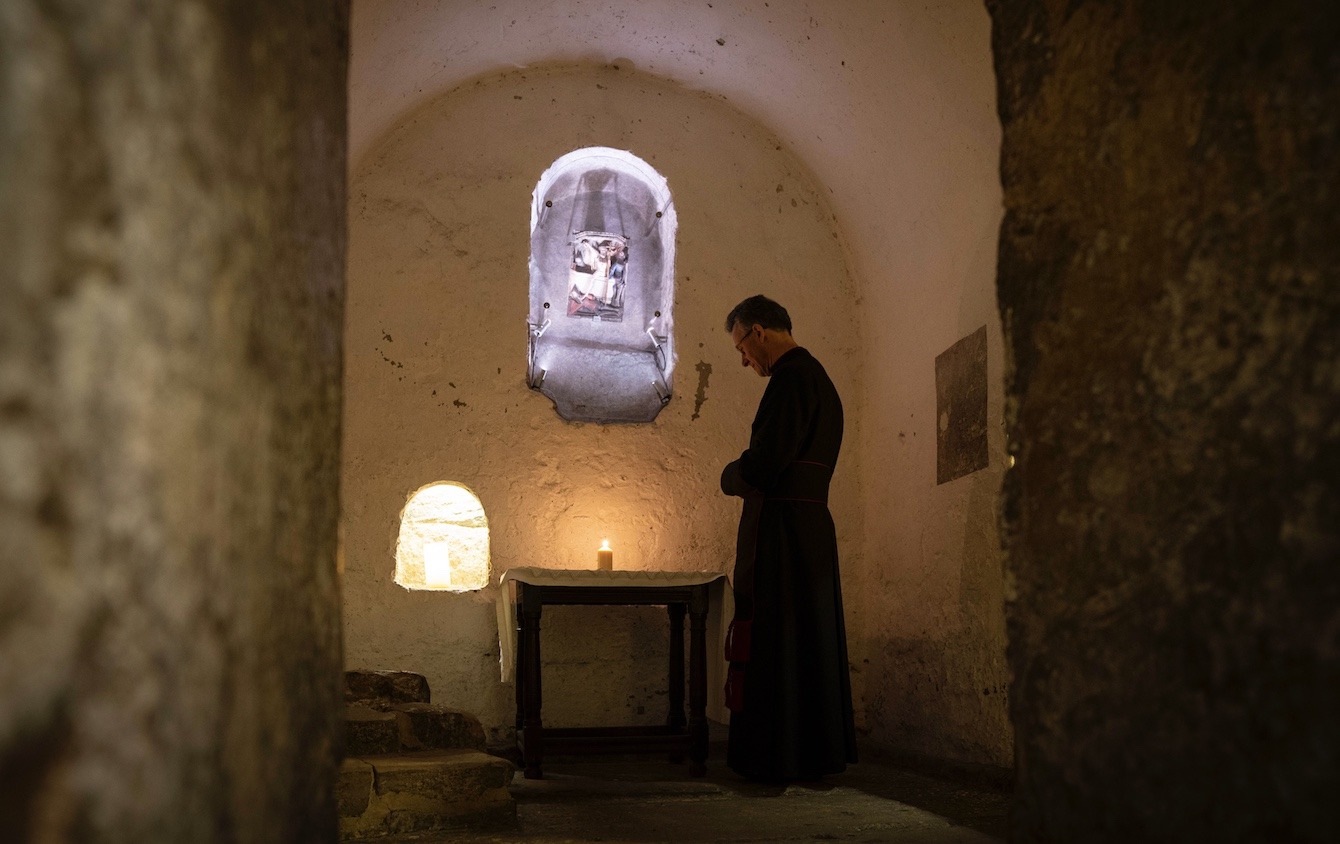 Expect rainbows. Ripon celebrates the life and legacy of Wilfrid, its founding father.

Miracle maker, survivor, pioneer, controversial figure: Ripon Cathedral celebrates the life and legacy of Wilfrid, its founding father, with a year of spectacular arts, music, history and sound and light events to mark its 1350th anniversary.

Rainbows and stars: Ripon Cathedral lights up to celebrate its founding father

Stars will be suspended from the nave, a Son et Lumiere show will bring his story to life recreating his miracles, unique works of art by four leading artists will transform the cathedral’s Anglo Saxon crypt –the last remains of the church Wilfrid founded on the site and the oldest surviving building in any English Cathedral – while throughout the year there will be arts, crafts, music, lectures, worship, pilgrimage opportunities, 27 individual flower displays each telling aspects of his life and times, and the traditional St Wilfrid’s Day Procession through the city.

Ripon Cathedral is no newcomer to spectacular events and installations, they flooded the West Front with words from the war poet, Wilfred Owen, and lit up in red to mark the centenary of the Armistice in 2018, and during lockdown they suspended tens of thousands of paper angels in the nave, a far-reaching community project in response to the pandemic.

Now, in this their 1350th anniversary year, they turn their attention to their founding father, Wilfrid – one of the greatest and most controversial English saints. He was born into a noble Northumbrian family, a patron of the arts, he studied at Lindisfarne before embracing the Roman ways, was deposed on more than one occasion, and yet helped to unite England behind a single Christian tradition.

It is said he was born in flames, survived shipwrecks and exile and his jailers could not keep him chained. He was a healer, he kept people from hunger by teaching them to fish, and the moon and stars shone so bright for him, that a lunar rainbow appeared on the anniversary of his death.

The Dean of Ripon, the Very Revd John Dobson said:

“Ripon Cathedral is here because Wilfrid was here. His life and legacy is written in these stones.  He was a miracle maker, a pioneer, a leader and a force to be reckoned with. He converted a pagan England and brought something of the beauty of Rome to these shores.

“In this, our anniversary year, we are committed to telling his story afresh, by breathing new life into our history and our heritage and sharing his love for beauty and the arts while ensuring worship is at the heart of all that we do, as Wilfrid, our forefather did before us,”  he added. 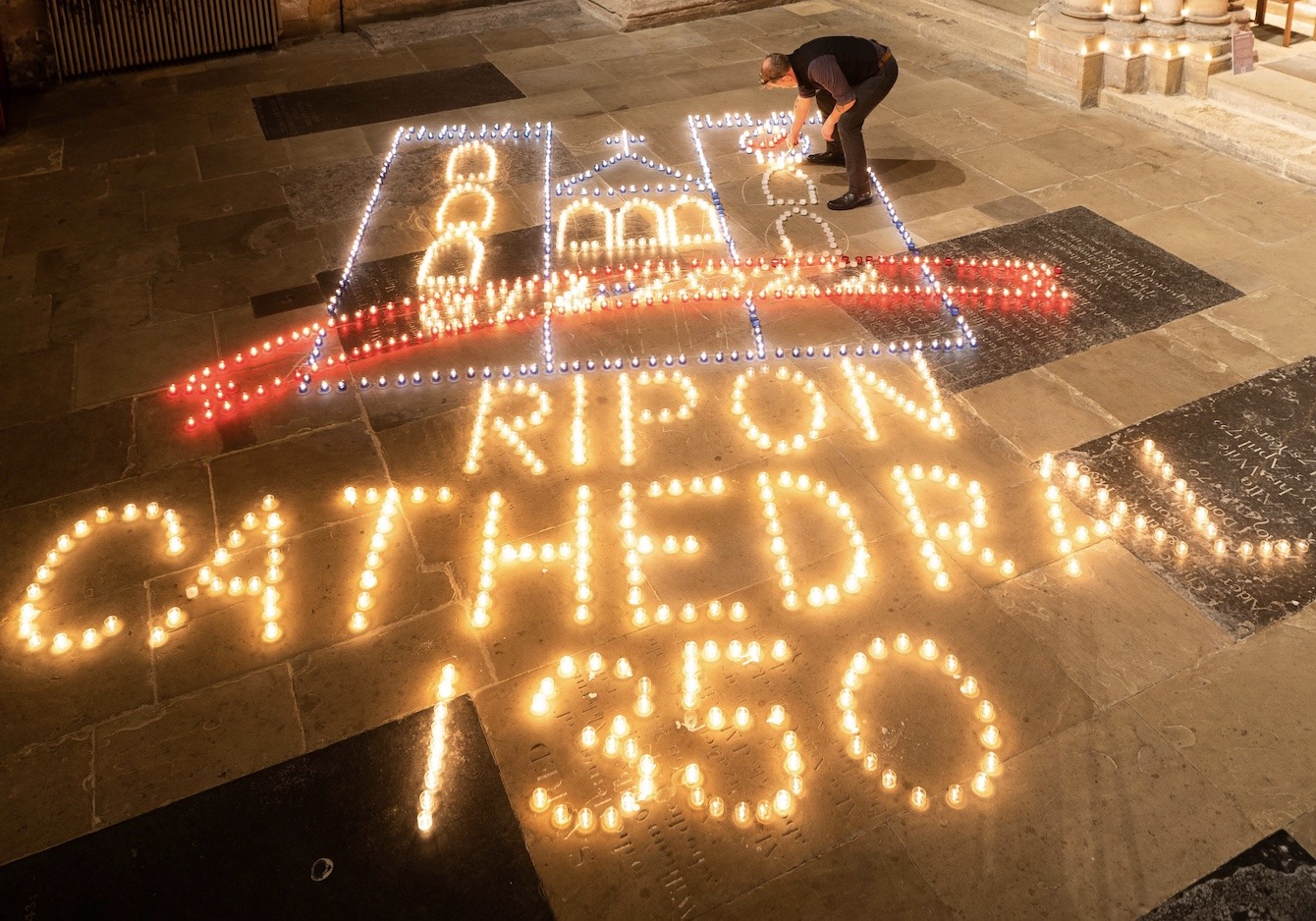 Tickets have just gone on sale for the anniversary launch weekend which will take place over the May Bank Holiday weekend; starting on 28 April with dancing in the nave to a local jazz and swing band, a beer festival, a pilgrimage from Bradford Cathedral, and a Son et Lumiere finale that promises to recreate Wilfrid’s miracles – including that of a lunar rainbow said to have appeared to the monks of Ripon Monastery one year after his death in 709 AD

Other headline events throughout the year include the premiere of new digital projections from the little-known Ripon Bible. Currently held in the special collection of the Brotherton Library at Leeds University, this illuminated document in its rich blues, golds, and purples is believed to have been created by the scholars of Oxford. Pages from it have been recreated in sound and light and will be projected across the interior of the cathedral, offering visitors the chance to see it for the first time.

There are lectures from historians Tom Holland and Max Adams; a series of tours taking visitors behind the scenes, an organ festival featuring an animation created for piano and organ to tell Wilfrid’s story, while four artists, including Sara Shamma, will transform Ripon’s ancient Anglo-Saxon crypt with specially commissioned works in paint, words, tapestry, and a new light and soundscape. 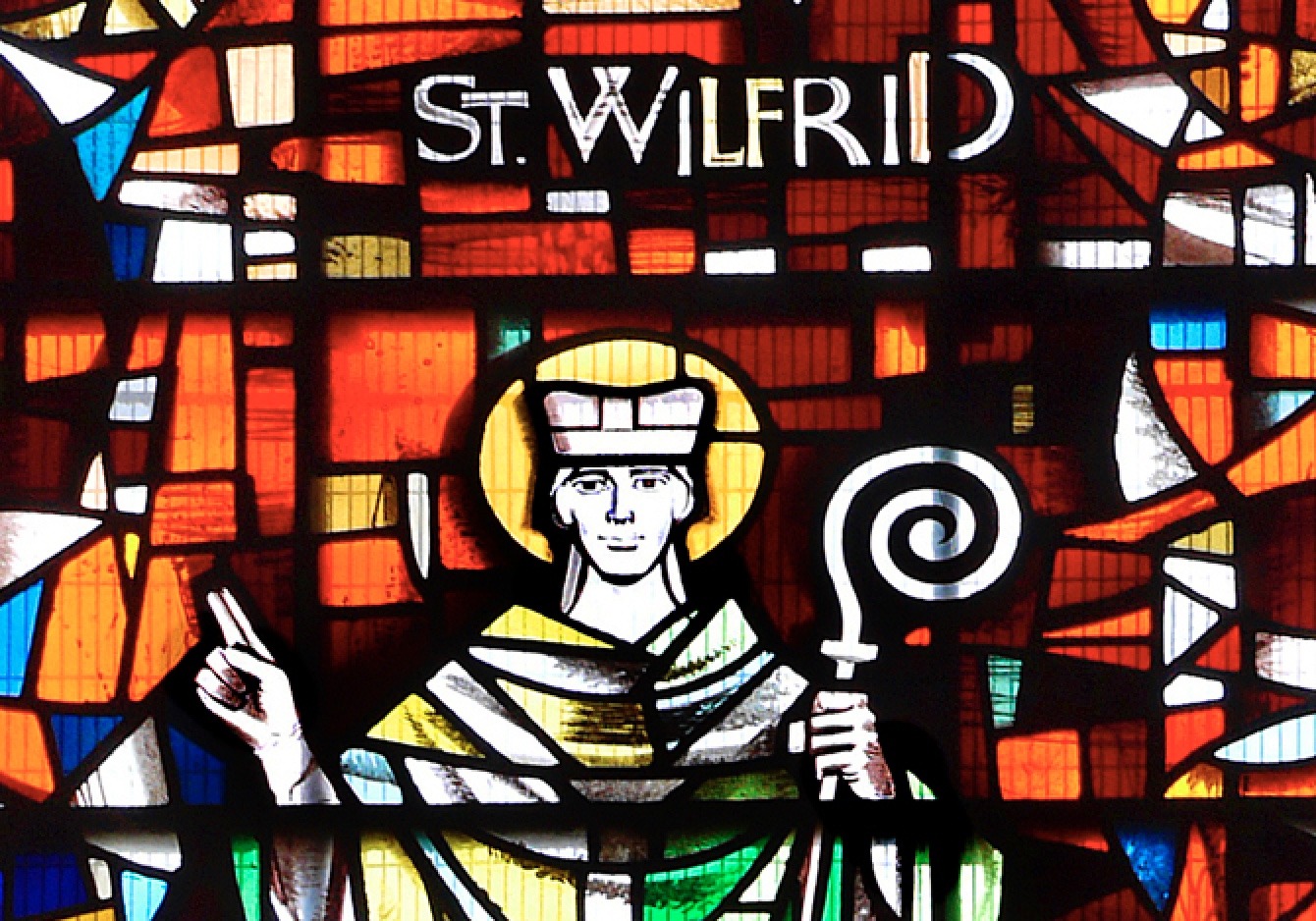 “We are super excited to bring to life Ripon Cathedral’s rich heritage and history in such exciting and unique ways. There’s something for everyone, young and old, art buffs, historians, even pizza, and cake lovers.

“We want to celebrate our anniversary year by inviting people from near and far to come and experience Wilfrid for themselves, learn more about the history and life of this beautiful sacred space, and discover something new.”

To find out more about the programme and how to book tickets, visit the Ripon cathedral website here.