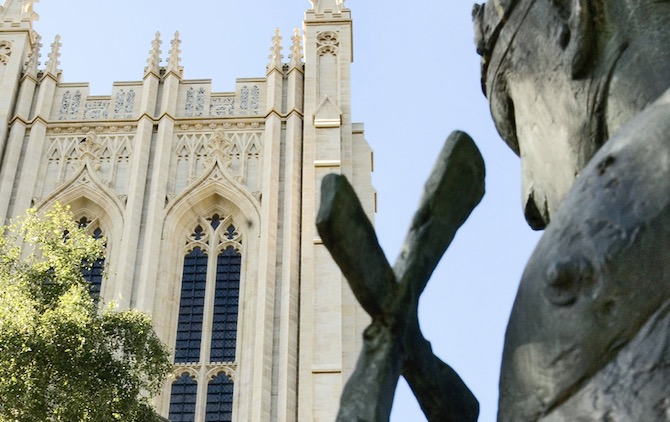 And so it begins….Year of Cathedrals, Year of Pilgrimage..

Two special pilgrimages have been launched which trace the ancient footsteps of the monks who founded the Abbey of St Edmund in Bury St Edmunds – part of a programme of events to mark its millennial year which can boast some significant firsts.

A gathering of 100-strong Benedictine monks and nuns – the first time in 500 years since the dissolution of the monasteries – with special guest the former Archbishop of Canterbury Rowan Williams.

Seven manuscripts from the Abbey will be united in their place of origin for the first time since 1539.

The 73rd Aldeburgh Festival Opening Night will take place in St Edmundsbury Cathedral – the first time it has opened outside of the Suffolk coastal area in over 50 years.

Composer John Rutter will write a special Millennium anthem for the Abbey of St Edmund. 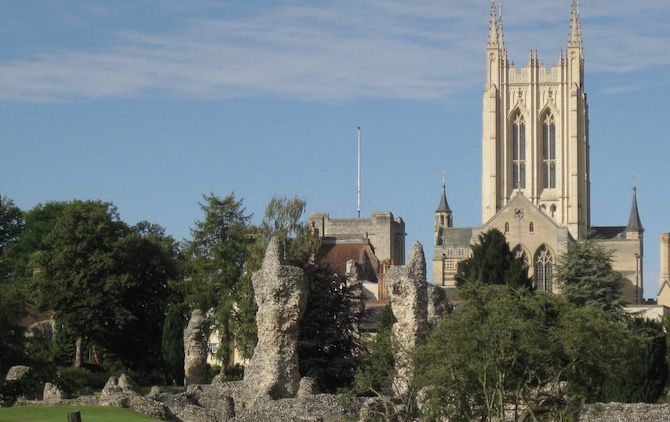 There’s a special sculpture exhibition in the Abbey ruins, a Pilgrimage of Song from Chevington to St Eds Cathedral; a family celebration event in the Abbey Gardens, concerts featuring the St Petersburg Symphony Orchestra and Handel’s Messiah; a production of Benjamin Britten’s Noye’s Fludde, and a three day Spectacle of Light lighting up the town for the St Edmund’s Day weekend in November.

February sees the launch of the 1,000 Years Mosaic Community Art Project at the Arc Shopping Centre which will be unveiled on St Edmund’s Day and bookings are now open for specially devised tours of the Abbey and the Cathedral including a tower tour that takes visitors to the heights of the Cathedral Millenium Tower.

And in the spirit of those monks who first founded the Abbey, people are being encouraged to raise £1,000 for the 1,000 year for local hospices.

The celebrations are being coordinated by the Abbey 1000 Group – made up of local groups and organisations – alongside the Abbey of St Edmund Heritage Partnership.

“This is a historically significant year for the Abbey and Bury St Edmunds. Do follow in the footsteps of the medieval pilgrims and visit Bury St Edmunds this year and discover why we are celebrating”

St Edmund, or Edmund the Martyr, was King of East Anglia in the 9th century and was the first patron saint of England before St George.

He was brought up as a Christian, fought alongside King Alfred of Wessex against the Viking and Norse invaders, and when his forces were defeated, Edmund was captured by the Vikings and was ordered to renounce his faith. He refused and was killed.

It is uncertain where he was killed; but what is known in that in 902 his remains were moved to Bedricsworth (modern Bury St. Edmunds) where a religious community cared for his shrine which began to attract pilgrims.

In 1020, King Canute built a stone church – the beginning of the Abbey of St Edmund – to house Edmund’s shrine. Thirteen Benedictine monks from St Benet’s Abbey in Norfolk and seven from Ely arrived. It became a site of great pilgrimage and the cult of Edmund began.

Now people can follow in the footsteps of those 20 monks this May with the launch of two special pilgrimages, both leading to St Edmundsbury Cathedral, one from St Benet’s Abbey (c.80 miles) and one from Ely Cathedral (c.30 miles).

Sign up or find out more about these special pilgrimages here.

You can find all the details of the Abbey 1,000 events here.

More news about Year of Cathedrals, Year of Pilgrimage.