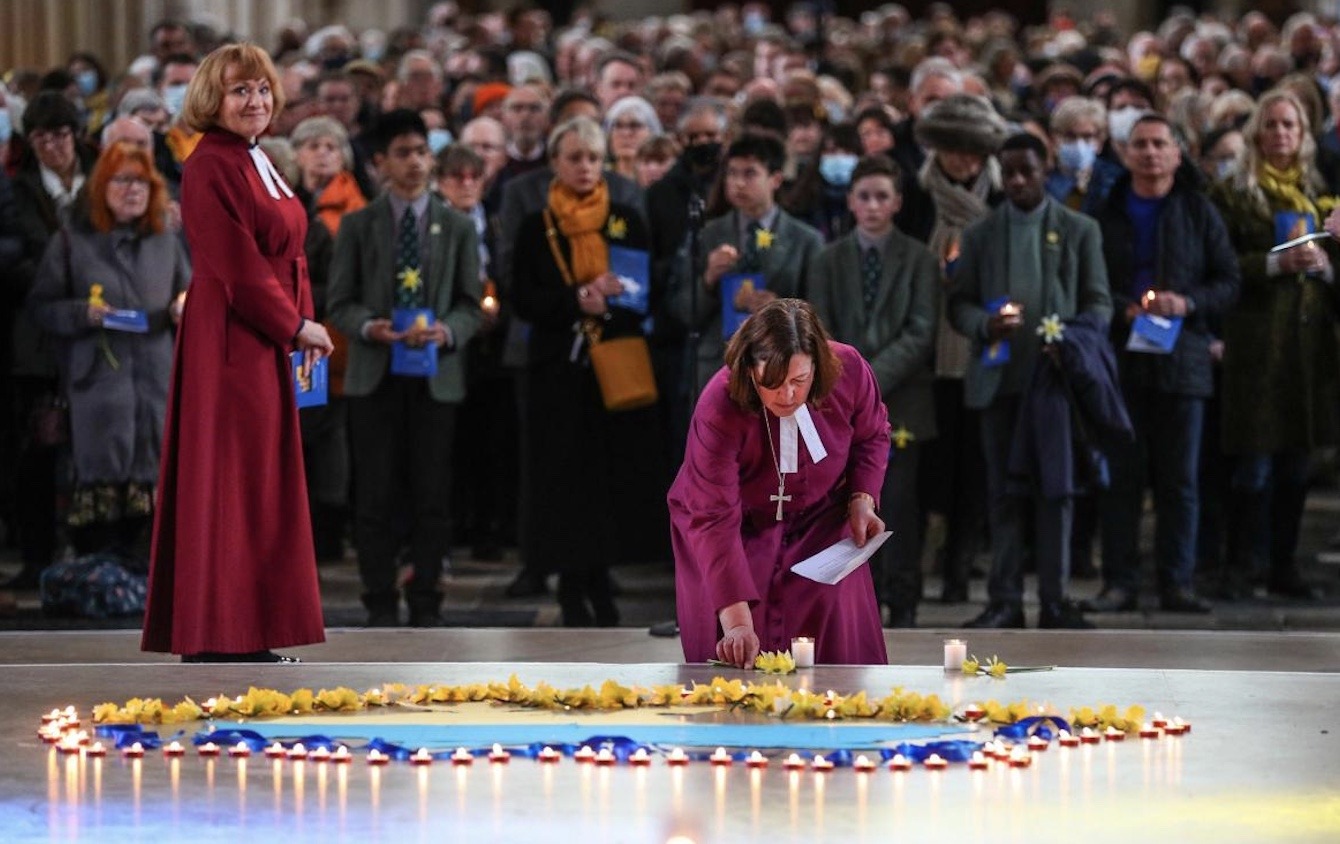 Prayers will be said on the hour every hour from 12 noon until 6pm this Wednesday (16 March) in Wakefield Cathedral before the vigil concludes with a service of Evensong.

“We pray for the people of Ukraine and for all those caught up in this senseless conflict.

“I am fully aware of the ripples that this conflict is having across the world, including here within the Wakefield district.

“We are inviting anyone who wishes to join us to come along throughout the day on Wednesday 16 March as a sign of solidarity, to offer care and support to one another and to show support for those near and far during these uncertain times.”

St Paul’s Cathedral will ring its bells in support of Ukraine this weekend after the Mayor of Lviv reached out through the Diocese of London for churches to ring out their support.

And Durham Cathedral will be lighting up blue and yellow and is hosting a day or prayer on 11 April, inviting all especially Polish and Ukrainian students and community groups impacted by the events in the Ukraine.

That evening the BBC’s Foreign Affairs reporter, Bridget Kendall, will give a guest lecture on the war in Ukraine and there will be an opportunity for donations to a refugee charity.

On Saturday around 1,000 people gathered in Winchester Cathedral to light candles and lay daffodils and join in prayers for Ukraine. Candles were used to create a large outline of the map of Ukraine and the vigil saw Jewish, Christian and Muslim leaders deliver powerful speeches against a backdrop of blue and yellow. 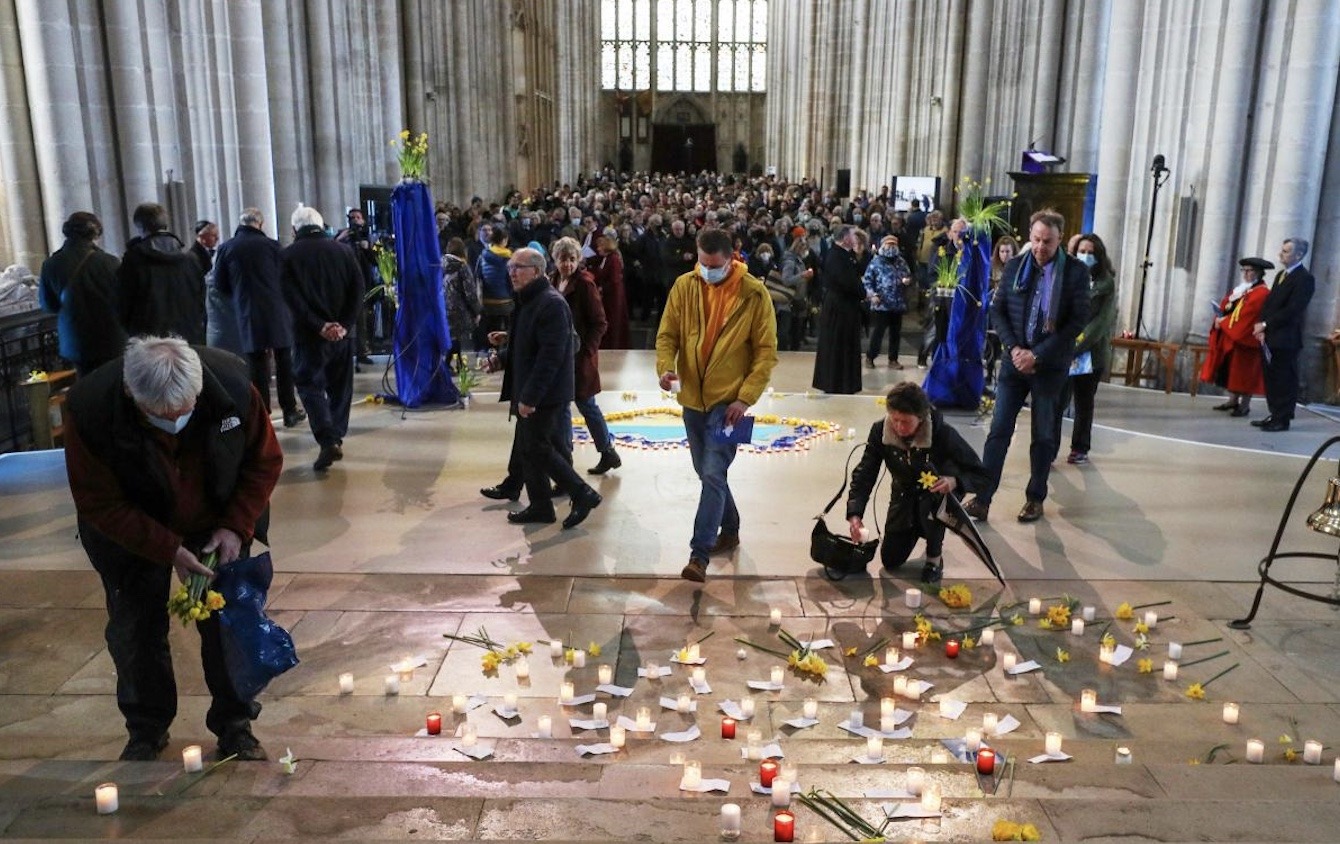 A video was shown of Ukrainian citizens praying the Psalms down in bunkers and air raid shelters, people from all faiths and none joined in their prayer before the church bells signalled a minute’s silence for all those  affected by the Russian invasion in Ukraine.

Please check your local cathedral for information of prayers for Ukraine and vigils where you are.