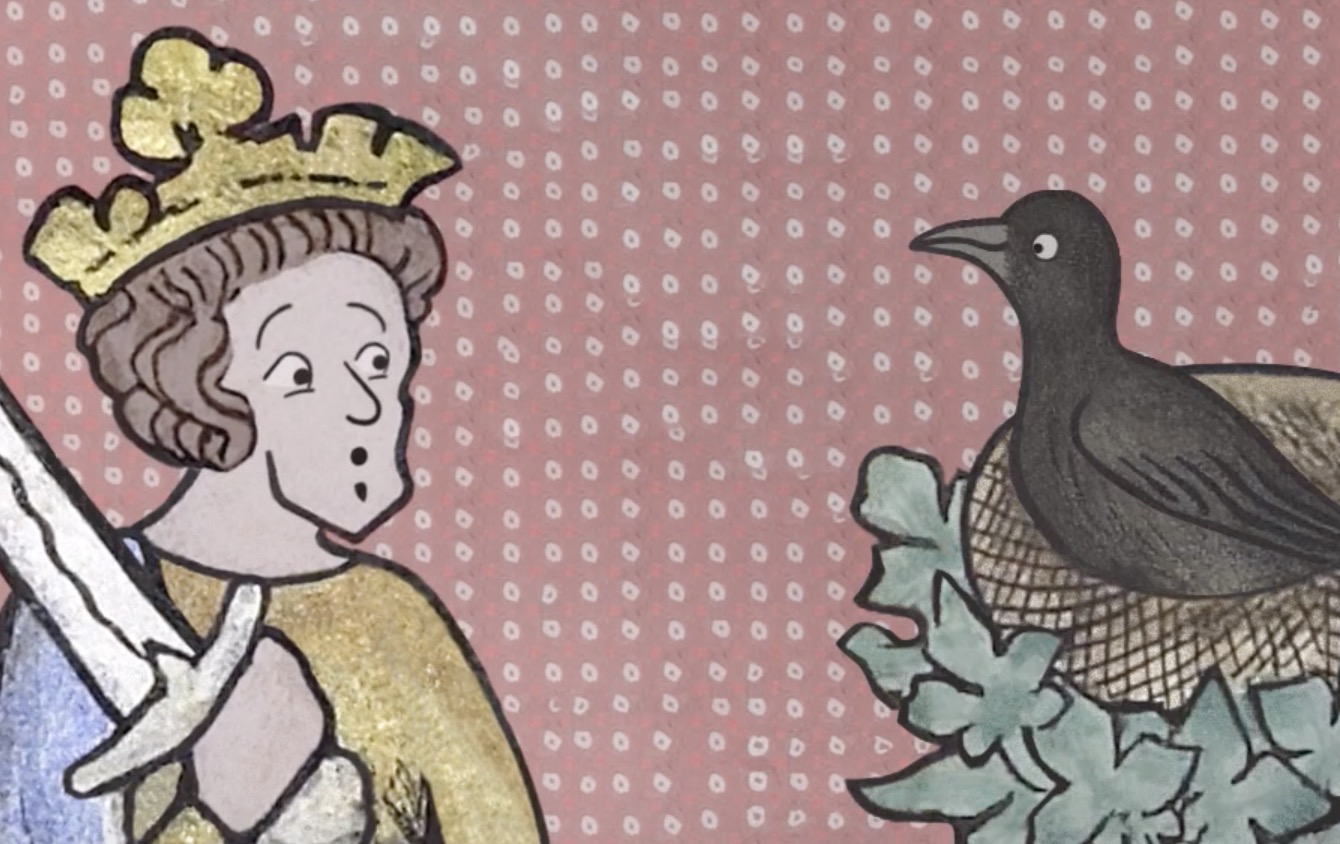 If you are looking for creative activities to inspire children during lockdown weekends, then King Oswald’s Raven is coming to the rescue.

King Oswald’s Raven is a new animation to be launched on Peterborough Cathedral’s website at 11.30am Thursday 12th November, where it will remain on view.

It tells the story of the medieval King of Northumbria and the legend that grew up in Germany about his sassy pet raven flying over land and sea to find him a princess to marry.

There are three activity videos to go with the animation, using it as inspiration for creating with words, drama and craft.

Children are invited to send in their own creations between 12th and 22nd November, with the best entries being chosen to win a soft toy raven.

King Oswald – also known as Saint Oswald – was the most important saint connected with Peterborough Abbey in medieval times and there is a chapel dedicated to him in the Cathedral to this day. Other videos in the King Oswald’s Raven series will share historical research about St Oswald, including the story of his ‘incorrupt right arm’, which was kept in the chapel at Peterborough and watched over by monks from a special tower.

The design of the animation was itself inspired by illustrations in a medieval book kept at Peterborough Abbey, called the Peterborough Bestiary. The book is now in the collection of the Parker Library at Corpus Christi College Cambridge.

King Oswald’s Raven is part of the Being Human Festival which runs from 12th – 22nd November 2020. It was selected to be part of the programme by the festival organisers, the School of Advanced Study, University of London, the Arts and Humanities Research Council, and the British Academy.