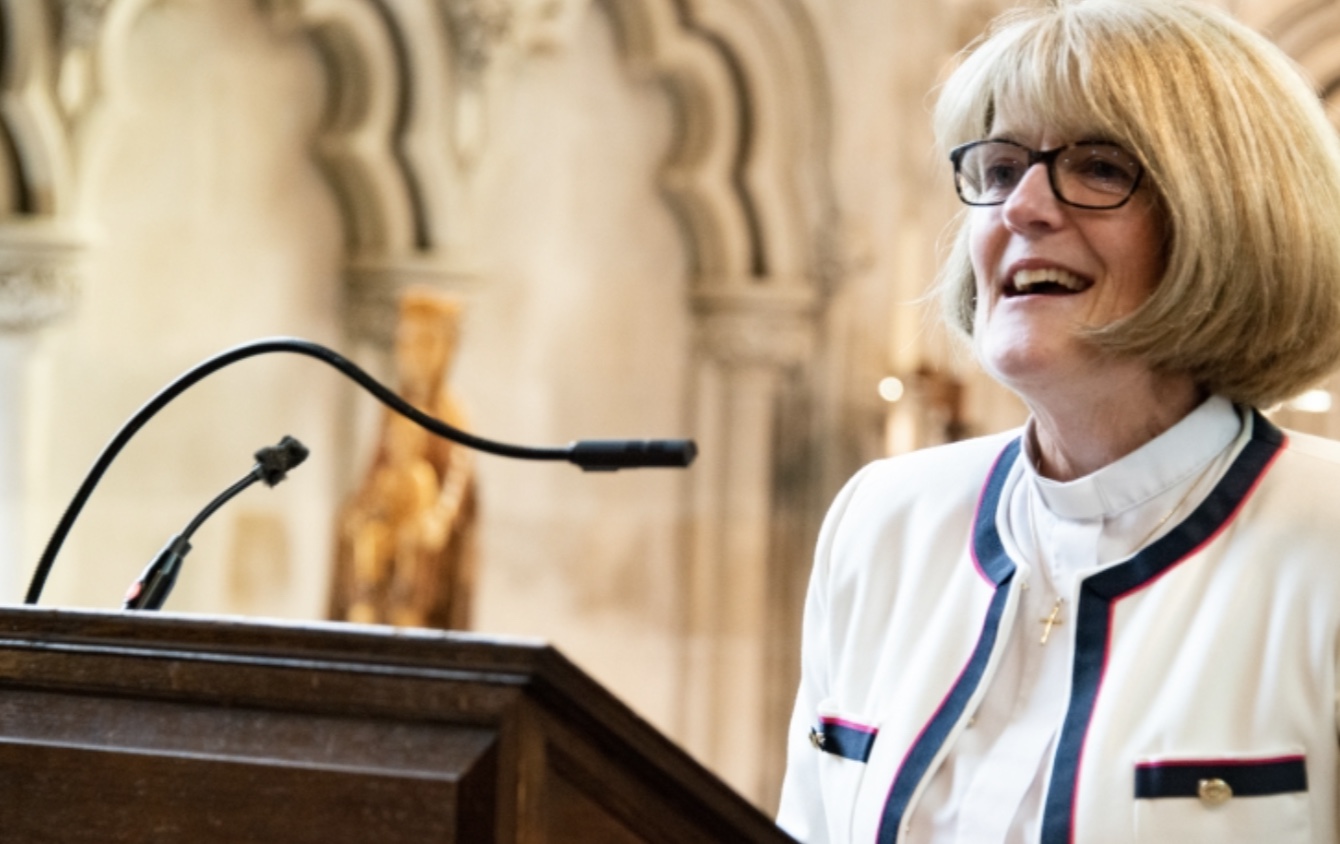 The Association of English Cathedrals has announced that Jo Kelly-Moore, the Dean of St Albans, is its new chair.

Jo succeeds the Dean of Lichfield, Adrian Dorber, who stepped down in May at the end of the second National Cathedrals Conference.

Adrian became chair in 2015 succeeding the then Dean of York, now Bishop Vivienne Faull, and describes his seven years as a time of “extreme highs and lows.”

Adrian reflects on seven years as Chair of the Association of English Cathedrals, read his words here.

During his tenure as chair, Adrian has overseen the AEC’s expansion, securing grant funding for the Cathedrals Projects Support Panel which has seen cathedrals benefit from the specialist skills and resources of around 60 industry experts, establishing the Communications Support Project that helps to raise the profile of cathedrals and share their stories, the Peer Review scheme, introducing a project to support Chapters’ strategic governance and show their accountability, and, more importantly, he has brought cathedrals together under one roof to learn and share wisdom by initiating two National Cathedrals Conferences.

The first one Sacred Space Common Ground was held in Manchester in 2018 and the second one, Different Country Different Church, in Newcastle Cathedral last month. It explored racial, social and climate justice and how cathedrals could speak into those narratives with a range of speakers, workshops and presentations. It was opened with a keynote speech by the former Prime Minister, Sir John Major KG, with delegates drawn from over 50 cathedrals and some major churches from across England, Wales, Scotland, Ireland and beyond.

Adrian said: “It’s been an honour and a privilege to oversee the Association of English Cathedral. I am proud of what has been achieved and I should like to thank all the cathedrals and all those who have been part of this journey alongside me.”

“We’ve had success with the Comms Project, getting our story out there, we’ve had success as a lobby group, we’ve made the best of the Cathedrals Measure to be better run and well-governed, and we’ve been banging the drum for better public funding.

Adrian welcomed the appointment of Jo Kelly-Moore and said she would bring fresh vision and passion to the role and that he looked forward to seeing it flourish under her leadership.

Dean Jo said: “It is a joy and a privilege to have been appointed as Chair of the AEC.  We are so grateful to Adrian for his leadership, demonstrated in all that AEC has brought to support cathedral ministry over these last 7 years.

“Globally, cathedrals remain a key part of the Church’s mission.  We have the ability to use our voices, and the story of our holy places, to proclaim the hope and the call for justice that brings peace which we know in Jesus Christ, both to the many visitors and pilgrims we welcome and also, beyond the walls, into our wider communities.

“So too we are called, and have the ability, to engage in partnerships and offer support across our dioceses to bring that hope, justice and peace to life. In our uncertain world, where so many are in need, our commitment to this is as important as ever.

“I hope that, together as the AEC, we can continue to support the cathedrals in this land to be best equipped for our ministry today”.

Jo Kelly-Moore was installed as Dean of St Albans in 2021. She was the Archdeacon of Canterbury and a Residentiary Canon of Canterbury Cathedral from 2017 during which time she served on the Church of England’s General Synod, contributing as a member of the steering committee for the 2021 Cathedrals Measure.

Before that Jo was the Dean of Auckland in the Anglican Church of New Zealand from 2010 to 2017 and, before ordination, she practised as a solicitor in both New Zealand and London.