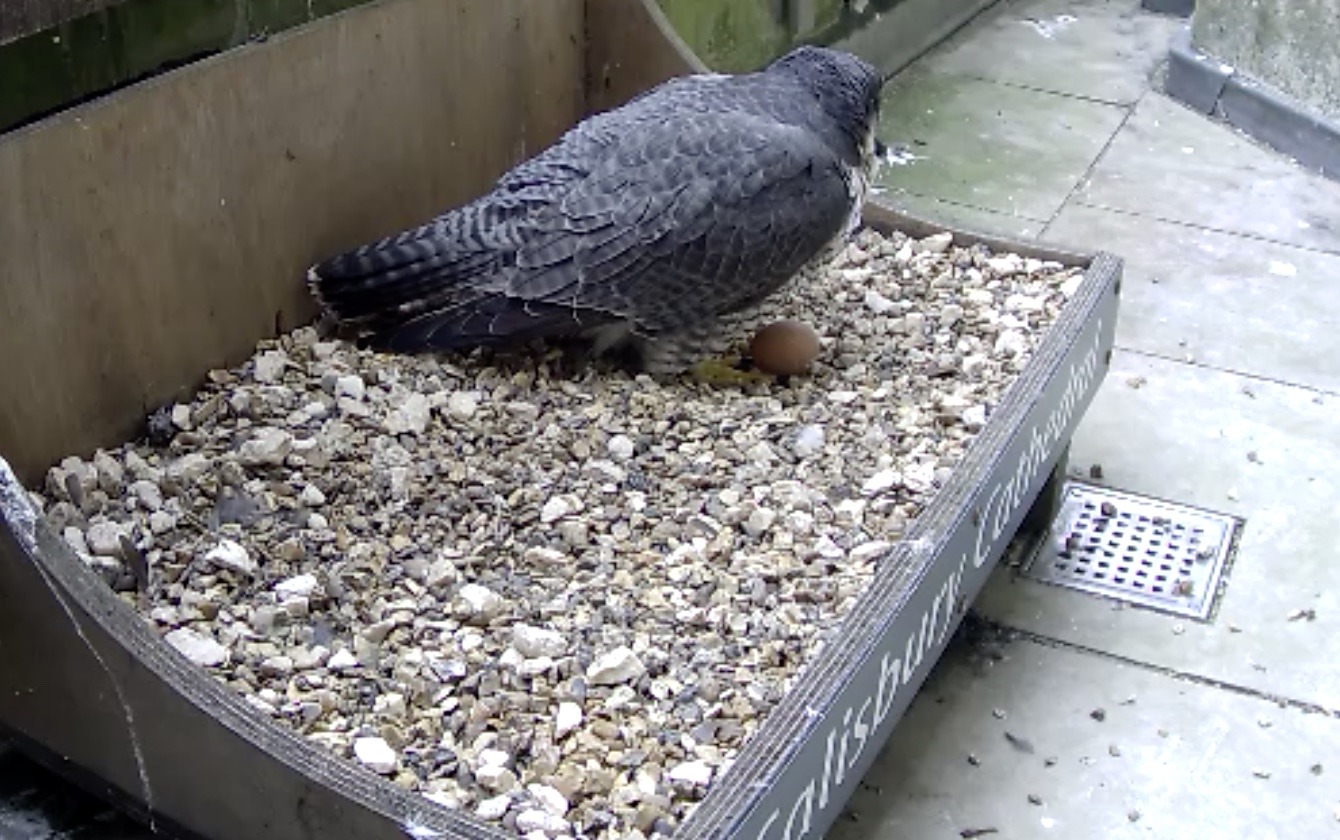 Your chance to name the Peregrines at Salisbury cathedral.

Salisbury Cathedral is inviting suggestions to name their peregrine parents who laid their fourth egg appropriately this Mothers’ Day.

Inspired by Salisbury Cathedral’s forthcoming Flower Festival, they have asked that names should relate to flora and fauna. The deadline for suggestions is 2pm on 1 April – and no, this is not an April Fool!

The Cathedral regularly invites suggestions to name their peregrine chicks, last year they were named in honour of the NHS and frontline workers, and this year they decided to ask for suggestions for the parents too.

You can send in your suggestions for the parents simply by clicking here.

Elsewhere the peregrines in Wakefield have got busy – with one egg laid so far and more expected. This is the eighth breeding season for this resident pair and together they have fledged 25 chicks in the past seven years.

York Minster’s resident pair have been seen mating recently, while the Hawk and Owl Trust have been busy working with Ely Cathedral staff on their Peregrine project for 2022.

Last year Ely’s resident peregrines decided to nest in the South Transept so a bespoke fitted gravel tray has been installed there just in case, and the location now has two cameras installed to monitor any activity.

On the West Tower, which the birds used in 2020, the box has now been moved back to its intended position after issues caused by storms Eunice and Franklin.

Cameras at the cathedral are now recording, but at this early stage of the season, there is no streaming. The good news is that both locations are being visited.

Once the Trust gets a better indication of which site the peregrines prefer, determined, live streaming will return.

Click here for as many cathedral peregrine webcams as we could find.