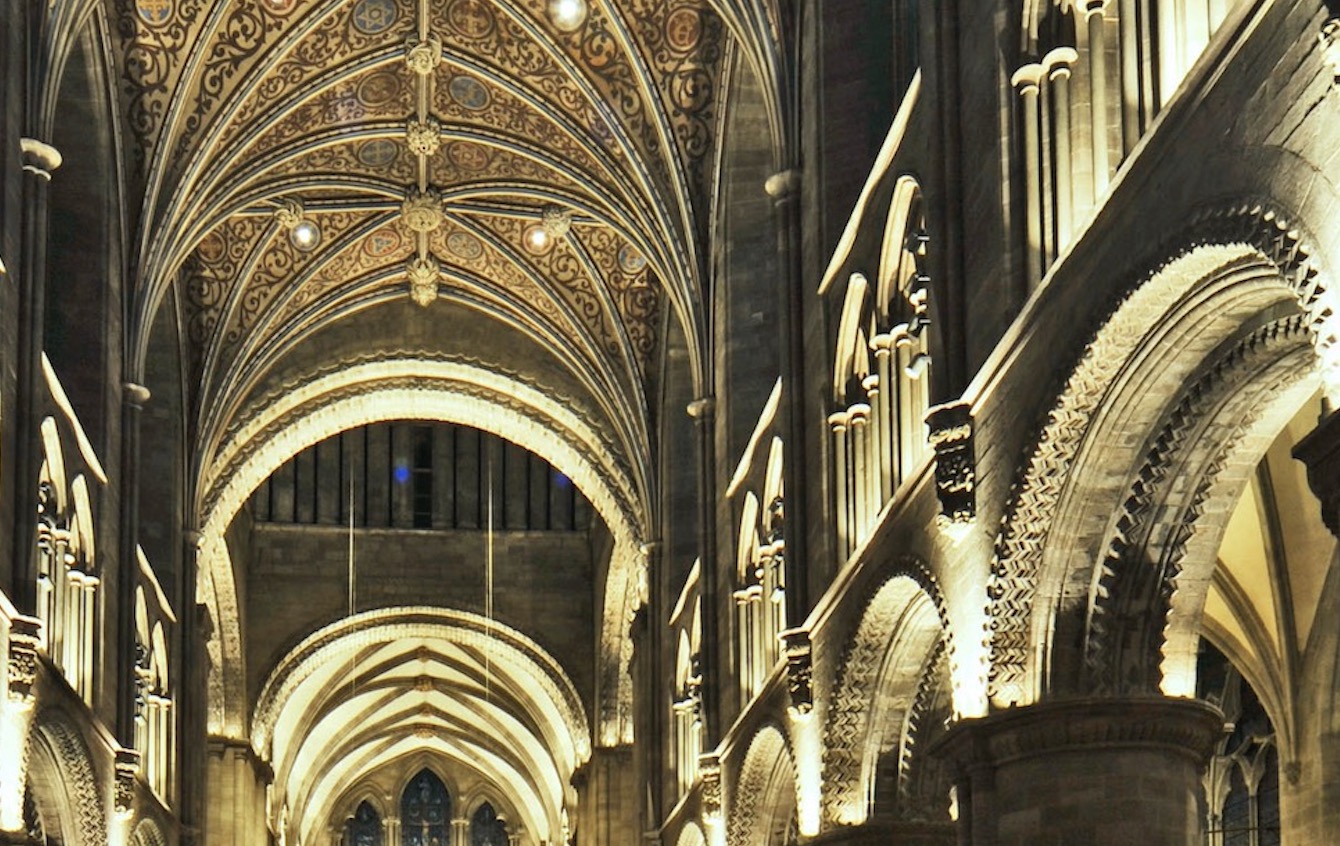 Six weeks into lockdown and we started the month sharing a story that Exeter Cathedral’s needleworkers were making scrubs for their local hospital; we saw our clergy able to go back into their buildings for streaming services and prayer, and our peregrine webcams at Salisbury, Wakefield, Chichester, Winchester and Norwich became the new “must-see’ shows in lockdown.

Exeter Cathedral needleworkers were just one example of how our cathedrals were supporting their local communities during the coronavirus pandemic. Cathedrals had set up local Facebook support groups and telephone ring round systems when we first went into lockdown to keep in touch with their communities; making sure those more vulnerable got the help and pastoral support they needed, and many were supporting their local foodbanks amidst stories that foodbanks nationally were seeing a huge rise in demand. 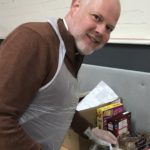 It was stories of an increasing demand by families needing to use foodbanks that led to an initiative by the Lichfield Cathedral team to launch the Big Picnic for Hope. They asked cathedrals to join them on VE Day to raise funds for those in need by holding a picnic in their homes and gardens in lockdown and sharing it online – 23 of our cathedrals joined in and together they raised almost £9,000 for the Trussell Trust and hundreds more for their local foodbanks

And while we could not come together to commemorate the 75th Anniversary of VE Day in our cathedrals, we still managed to pay tribute to the many millions at home and abroad who sacrificed so much to bring peace to Europe in creative digital ways including an organ recital in lockdown of “We’ll Meet Again”, a recording made from onboard HMS Albion, and imaginative lighting schemes that saw Lincoln and Guildford Cathedrals turn red, white and blue.

Salisbury Cathedral had been due to open its major art exhibition at the end of March as part of its year of celebrations to commemorate the 800th anniversary of the founding of the city and its iconic Cathedral. Since that time the Cathedral team had been working behind the scenes to take the exhibition online. Spirit and Endeavour features 20 iconic and important works of art by 20 renowned artists of our time such as Frink, Gormley, Grayson Perry, and Henry Moore.

By the end of the May, Salisbury Cathedral announced its Big Weekend events for the 800th anniversary was also going online with talks and discussion on its art exhibition, talks on its popular peregrines and a special anniversary service.

Elsewhere, St Edmundsbury Cathedral announced it had created two virtual pilgrimages to replace its planned pilgrimages including a five day one from St Benet’s in Norfolk to Bury St Edmunds as part of the Abbey 1,000 celebrations. They hope to offer these again in 2021.

Liverpool Cathedral was lit up all colours of the rainbow in a spectacular light projections as part of the city’s annual Light Night event which went online this year, and Dippy the Dinosaur’s planned visit to Norwich Cathedral in August was postponed to another date next year and Chichester Cathedral took their popular Festival of Flowers online by sharing their blooms across social media.

Throughout the month more cathedrals lit up blue to mark the Thursday night initiative #clapforcarers including a series of digital images created on Lichfield Cathedral’s façade for International Nurses Day and Florence Nightingale’s birthday on 12 May. St Edmundsbury and Lincoln choirs both recorded Somewhere over the Rainbow in lockdown.

May also saw the first decrease in the number of Covid-19 deaths and restrictions slowly being lifted. After eight weeks of our buildings being locked, clergy were able to return to stream services and prayer – though on their own or with a member of their own household.

York Minster launched a new initiative to use the Paschal (Easter) Candle as a focus for prayer for all those directly or indirectly affected by the Coronavirus pandemic and invited people to send in their prayers and the names of their loved ones.

St Paul’s created Remember Me, an online book of remembrance for Covid-19 victims with the backing of HRH the Prince of Wales which saw over 3,000 names added in its first week.

Choristers from Ely, Norwich, Wakefield, Winchester, Llandaff Cathedrals and Westminster Abbey joined a star studded cast that included Stephen Fry, Alexander Armstrong, Simon Russell Beale and the Revd Richard Coles to record a Virtual Choral Evensong in lockdown. Created by the Rodolfus Foundation to raise funds to support choirs through the pandemic, it was broadcast live to 4,000 people and has since been watched by over 30,000 people.

Money began to dominate the thinking at many of our cathedrals as they began to count the cost of the financial impact of the Covid-19 pandemic and look at new ways of creating income streams and reaching out for donations. Many launched individual donation campaigns, created online prayer walls or prayer candles with a donation ask, Peterborough launched a survey to find out what people wanted from their cathedral, while Leo the Canterbury cat decided to take matters into his own hands by disappearing into his Dean’s robes while he was streaming Morning Prayer. Leo’s disappearing act caused an internet sensation and he decided to use his new-found fame to remind people that Canterbury cathedral was facing severe financial hardship after weeks of lockdown and had now taken the unprecedented step of writing to all its staff about restructuring – he might have to find a new home!

Who knows what June will bring? Stay tuned.