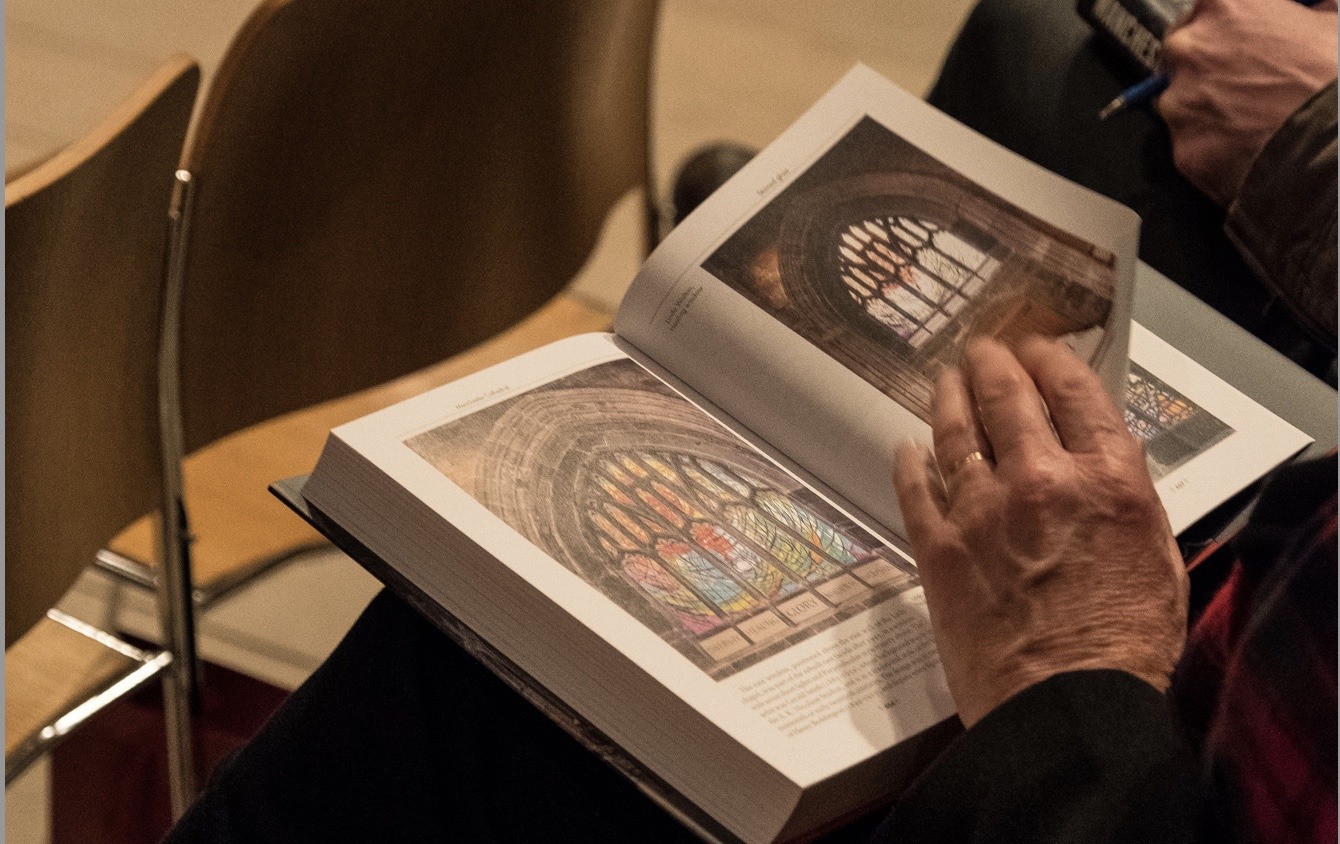 It’s been a long time in the making, but Manchester Cathedral has just celebrated the launch of the first comprehensive study of its history, its place at the heart of the world’s first industrial city, and the people that made it.

Manchester cathedral “a history of the English church in miniature”

Founded as a Collegiate Church by Henry V in 1421, it has survived the Reformation, the Industrial Revolution, civil war, the Oxford Movement, two World Wars, an IRA attack, a very active post-industrial party-loving city, and more recently, the Arena terrorist attack.

The book, published by Manchester University Press, has been described as “a history of the English church in miniature” and was made possible by the Friends of Manchester Cathedral and the patronage of its sponsor, Marion McClintock, MBE, Honorary Archivist and Honorary Fellow at the University of Lancaster and an external consultant to Manchester Cathedral.

At the launch Marion told the audience that when she first arrived in Manchester Cathedral and was looking for a leaflet about its history, she ended up with an A5 pamphlet for 50p and was told there was a “manuscript in training’. 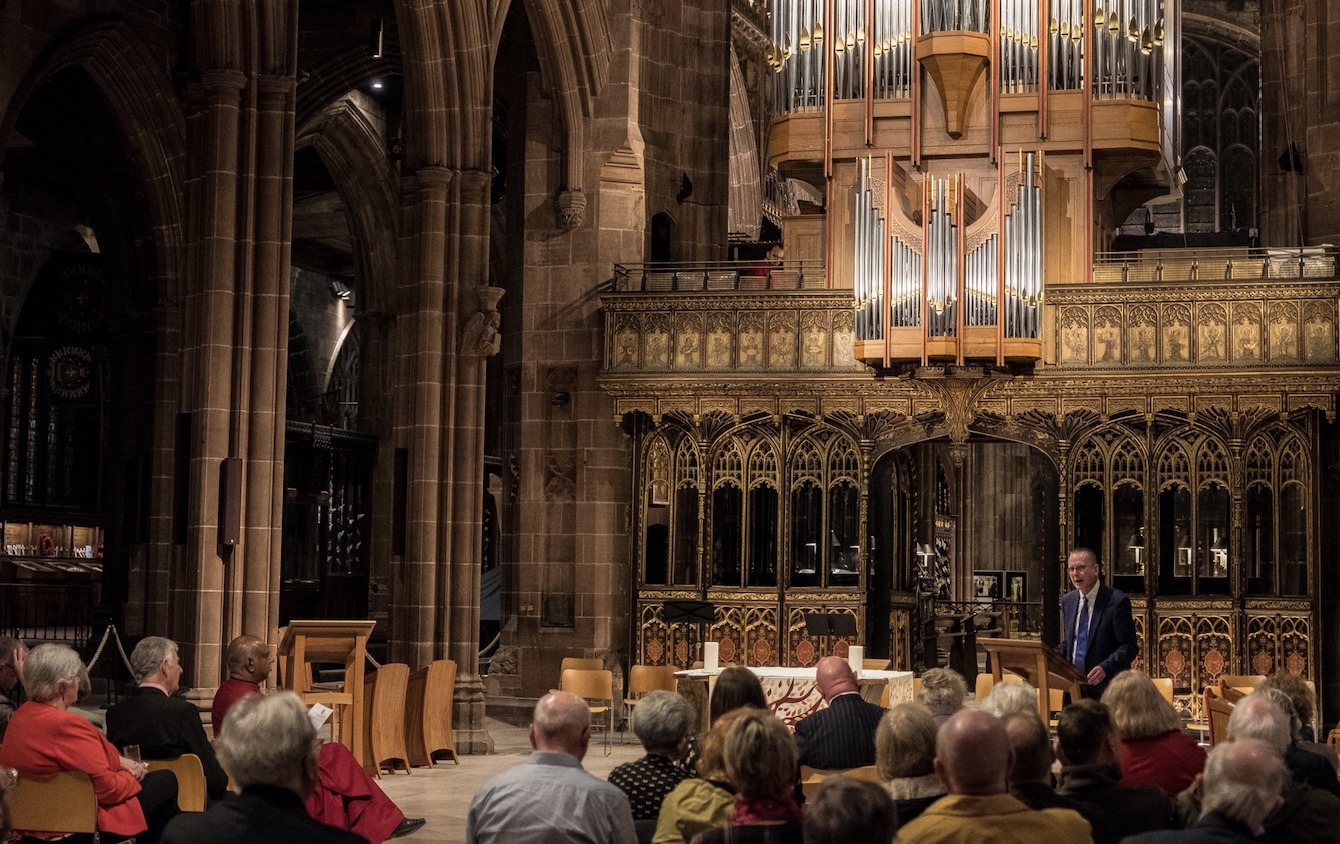 “And while my A5 copy has worked hard, this will stand out, and the launch is its special journey.”

It has been edited by Professor Jeremy Gregory, Professor of History and Christianity at Nottingham University, with contributions from a wide range of experts, who have explored the cathedral’s history, its people, its architecture, its art, its monuments, its music and its stained glass.

A Choral Evensong was dedicated and devised around the book for the launch during at which special mention was made to archivist, the late Michael Powell, who died before seeing this ambitious project achieved.

The Dean of Manchester, the Very Revd Rogers Govender said:

“We have all had a desperately hard time in the last 20 months and to come together for the first time in this way is wonderful in itself.

“I have been Dean here for 16 years and I have loved every day of my life here. It gives me so much hope for the city, for society and all that it stands for.

“So, it is a matter of pride and pleasure that in 2021 we can commemorate the 600th anniversary of the Collegiate Church.

“A church has stood on this site for the worship of God and service to all since that time and will remain a steady worshipping presence in the city of Manchester continuing what it began 600 years ago, “ he added.

“The story of Manchester Cathedral has a number of idiosyncratic features. It has been a multi-organisational, multifunctional organisation for over 600 years. The college was the parish church for the whole of Manchester.

“Very few collegiate churches survived the Reformation, but this place has a three-fold character: parochial, collegiate, cathedral. And the impact on its city continues to be here, to be read in its piety and its service to its community.

“It has always re-fashioned and re-modelled itself and acted as an anchor institution when all around it seemed to be adrift,” he added.

Manchester Cathedral: A History of the Collegiate Church and Cathedral 1421 to the present. 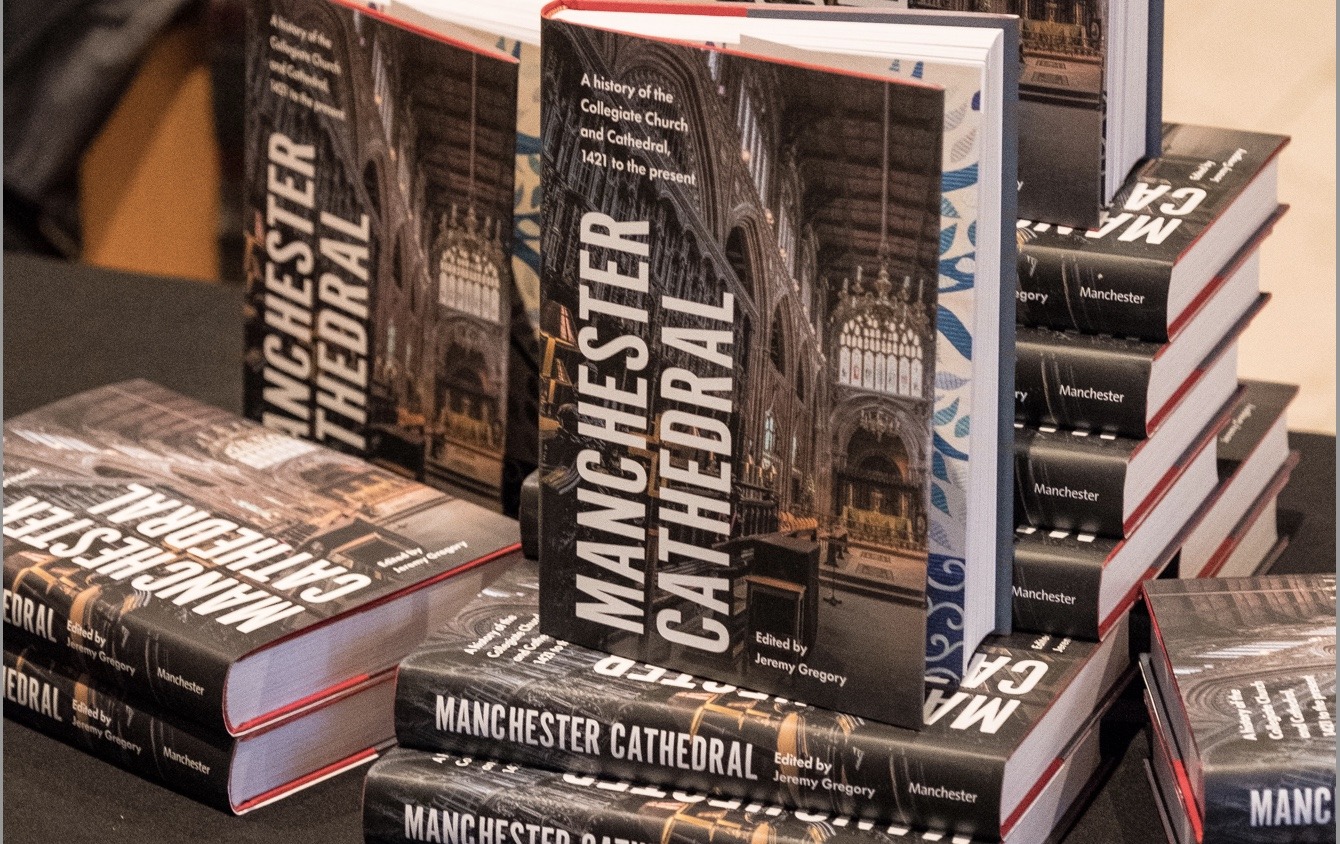