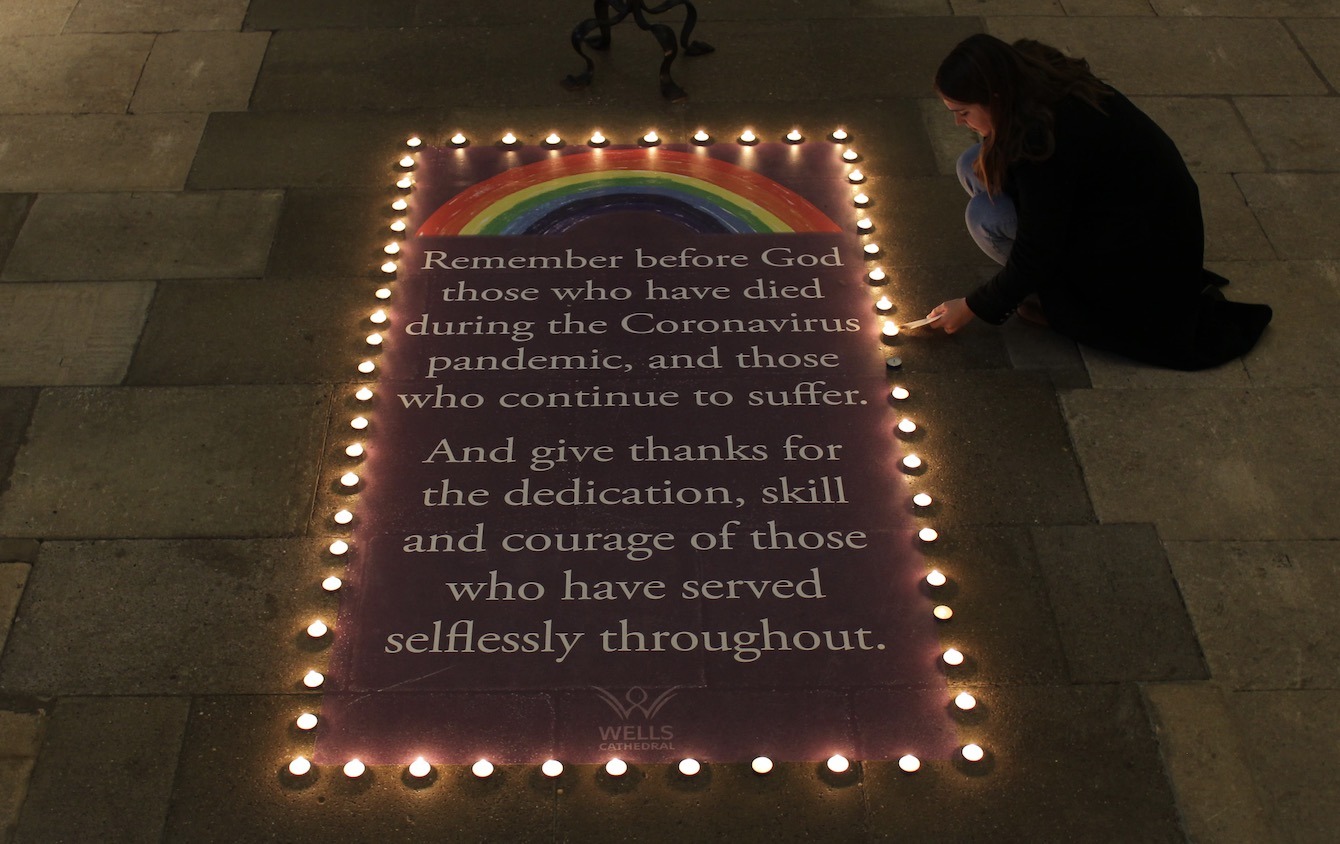 March came in like a lamb and went out like a lion – contrary to the popular old saying.

With the news that a single small group of socially distanced singers will be allowed to sing at services in our cathedrals from the start of Holy Week.

A look back at what happened at your cathedrals in March. Came in like a lamb, when out like a lion.

For many, it meant a welcome return to some form of normality for this most important week in the Christian calendar.

York announced its Grand Organ was being brought back into worship after a £2m once in a lifetime refurbishment programme which saw the majority of the organ’s 102 decorative case pipes – some dating from 1832 – back in use after being silent since 1903 (the last time it was refurbished). 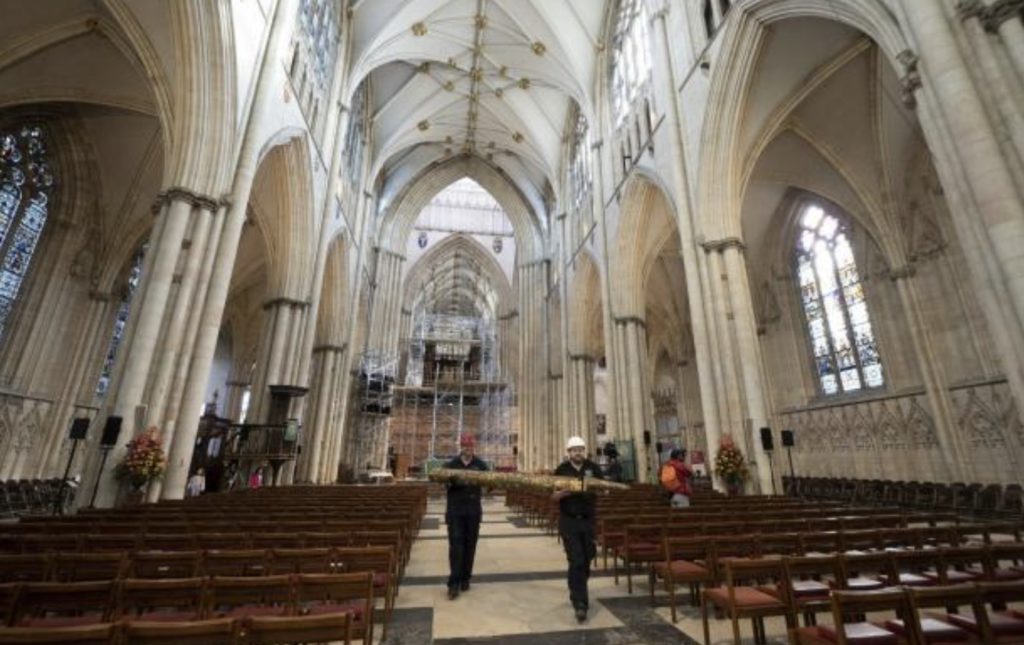 “It will be a gentle return in March due to the solemnity of the season of Lent, but building to a celebration on Easter Day when the organ will be dedicated by the Archbishop of York.

“Organ music has played a central role in worship at York Minster for nearly 1,000 years and we hope this project will help ensure that tradition continues throughout the 21st century and beyond.”

Westminster Abbey and Chester Cathedral were the latest to serve their communities in the fight against the pandemic with vaccine clinics opening in Westminster’s Poets Corner and Chester announced it would open as an asymptomatic Covid test centre from April.

Our urban peregrines begin to return to our cathedrals and by the end of the month we had four eggs laid at Norwich, Winchester, Derby and Salisbury, three laid at Wakefield, and all eyes still on Chichester, Worcester, Leicester and Lincoln. 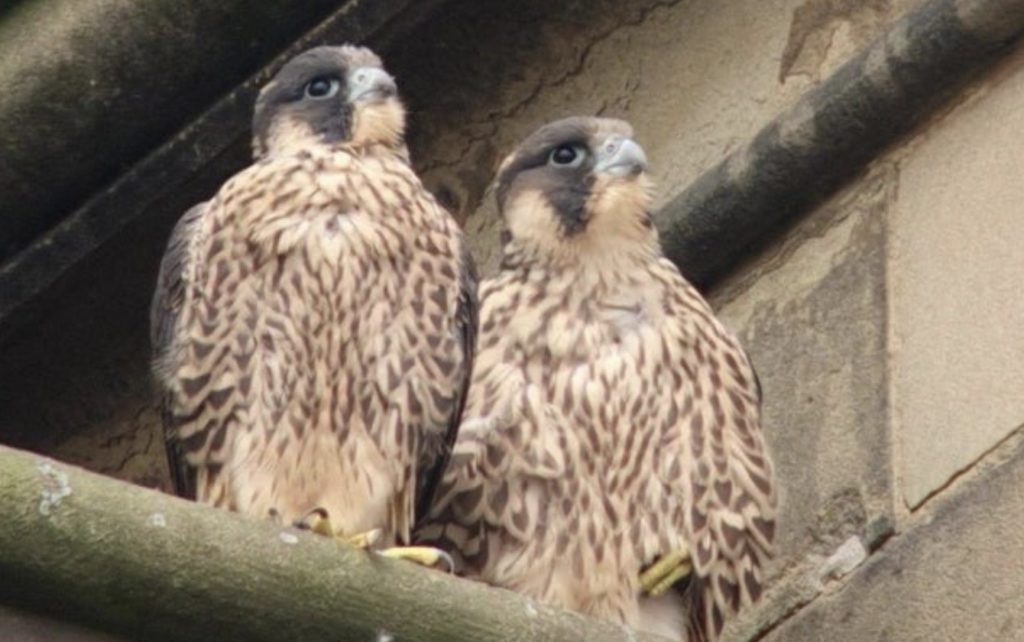 The National Day of Reflection to mark the first anniversary of the first national lockdown on March 23 saw many of our cathedrals light candles to represent all those who had died during the last 12 months. Bury St Eds Cathedral suspended 200 teardrop tea lights below its tower and chalked teardrops on its paving outside to be washed away by nature.

“Tears speak volumes when there are no words” said St Eds curate, the Revd Sarah Geileskey.

Chelmsford Cathedral commissioned a special piece of artwork for hope, Winchester planted a living green cross of hope planted with spring flowers in it nave, and Portsmouth invited prayers to be hung above its altar in a rainbow arch. Lincoln and Rochester lit up yellow, Chester created a memorial spiral of stones, and Lichfield projected artwork for the anniversary on the cathedral front and shared it on social media. All our cathedrals lit candles and said prayers for all those who were grieving loved ones.

As we neared the end of the month, Salisbury announced it had just vaccinated its 25,000th patient and released a digital album of classical music that had been played during the vaccination clinics by their Director and Assistant Directors of Music to raise funds for NHS Charities Together. 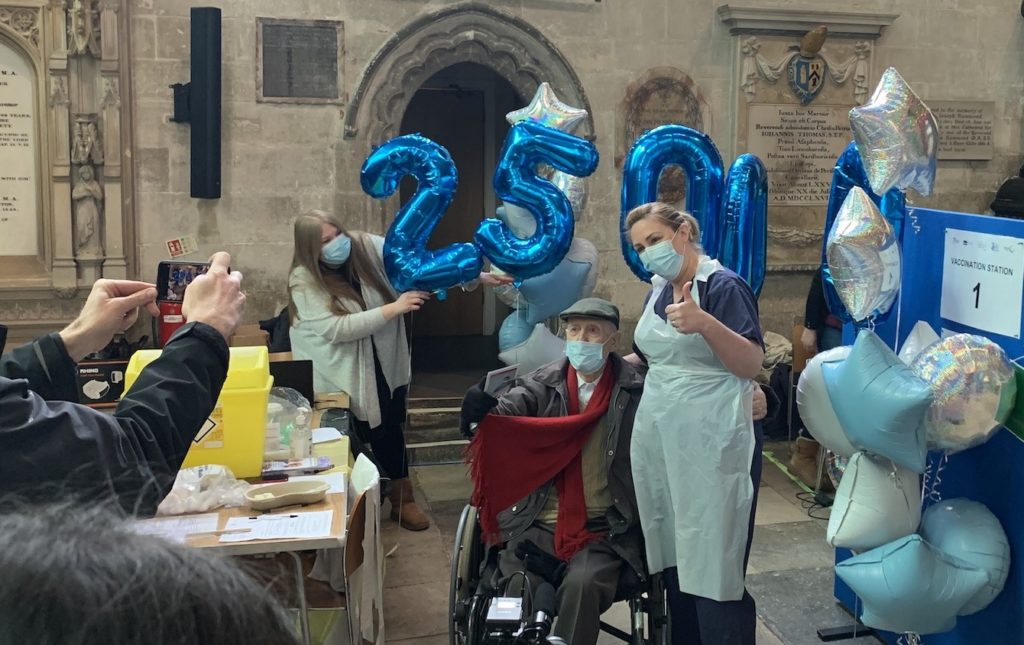 Leicester Cathedral had hoped to transform its façade with a special light and sound digital art installation for the start of Holy Week, bringing hope to the people of the city and region who’d been under some of the toughest restrictions in the country for most of the year.

But instead, it took its planned event, Light, created by Luxmuralis, online and launched it on March 29 – less than a week since it had lit 2,307 candles in its nave to represent every life lost to Covid in Leicestershire. 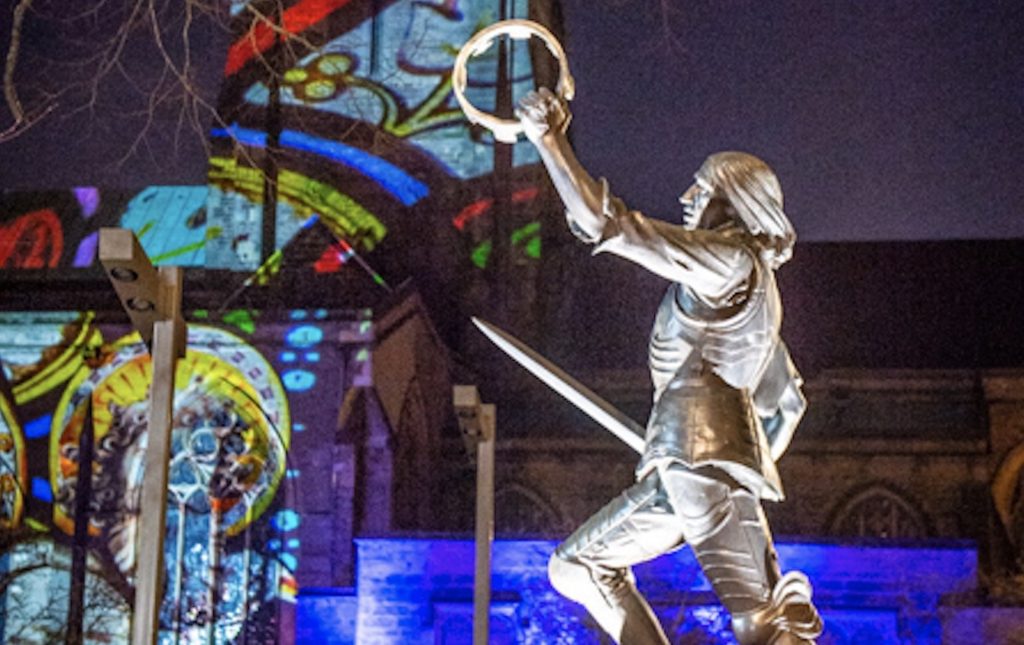 The Dean of Leicester, The Very Revd David Monteith said:

“Lockdown has been so hard for everyone here, with so much loss and so much grief. But we know light still shines. This is our gift of light to everyone in Leicester and Leicestershire’’

For all the news, from all of our cathedrals and your nearest cathedral, click here.