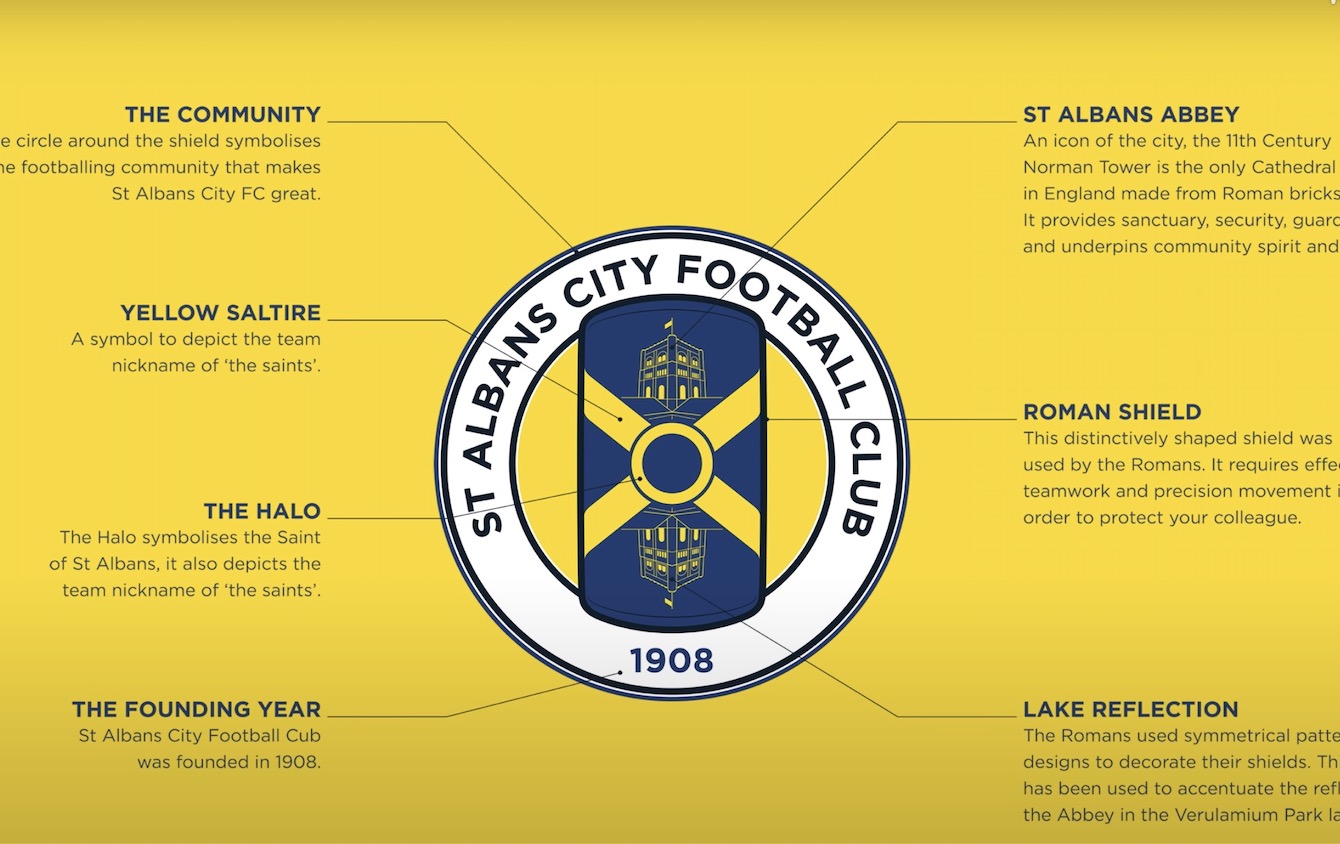 You know you’ve made the crossover into popular culture when your local football club immortalises you on their kit.

St Albans Football Club, nicknamed The Saints, has just unveiled their new crest which features for the first time, the cathedral’s Norman Tower, plus the halo of Saint Alban and the saltire cross to celebrate the history of the club and the city and mark the start of a new era as they emerge out of lockdown.

It replaced a more traditional crest which had been adopted in the early 1990s – and predictably the news went down like Marmite © with fans split on social media between “very impressive” “St Albans City have nailed it with their new one (crest)” to “sad day” and “awful”.

It was designed by Ben Killner of Oomph Creative, a coach and volunteer with St Albans City Youth, who are about to celebrate their 50th season.

A statement on the website to launch the new crest said:

“The latest incarnation of the Saints’ historic imagery features a return to the prominent use of the saltire cross last seen during the early 1990’s. The city’s Roman heritage continues to be celebrated, featuring a crest that signals the start an exciting new period for the Club.

The striking yellow and blue design incorporates the Club’s famous colours and will be worn with pride by players and supporters alike. The saltire cross, the halo of Saint Alban, and the cathedral’s iconic Norman tower complete the evocative look.

During the lockdown period, a chance was taken to reflect and bring forward some ideas that are often overlooked during the roller-coaster of a regular season. That opportunity was utilised to give the future of the Club’s identity the time and thought that it deserves. With the Club’s Community Partner, St Albans City Youth FC, coming up to its fifty-year anniversary, it seemed the perfect time for both the Club and City Youth to consider the crest.

The new crest respects the history of the club and its famous home city, whilst ushering in a new and exciting dawn for the Club and City Youth.”

St Albans play in the National League South – the sixth tier of the English football league system. But they won’t be there for long with that new crest! Come on you Saints!