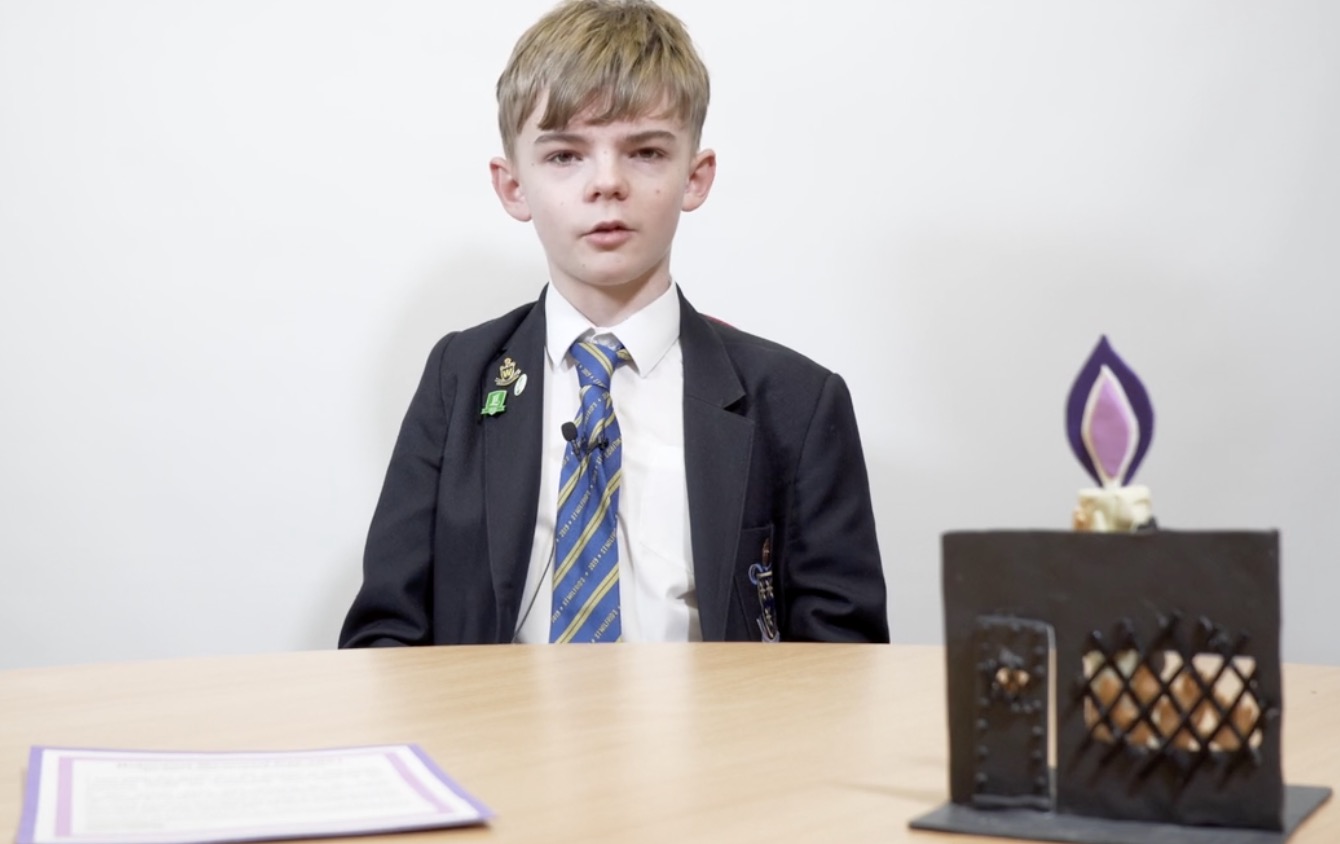 Stories from the Holocaust have inspired Blackburn schoolchildren to remember all those who were murdered for who they are in words and art and stand up against prejudice.

James, a pupil at St Wilfrid’s Church of England Academy in Darwen, is part of an online commemoration for Holocaust Memorial Day at Blackburn Cathedral.

His model of a lantern with a flame that forever burns was inspired by learning more about the millions of Jews murdered in the Holocaust and hearing interviews with two survivors on the Kindertransport.

Every year the Cathedral invites young people from local schools to join them for Holocaust Memorial Day in standing against prejudice and hatred today and remembering everyone who has been murdered in genocidal campaigns across the world.

AND tonight they will join households across the UK to Be the Light in the Darkness in lighting a candle in the window at 8pm.

Holocaust Memorial Day takes place each year on 27 January, today – the anniversary of of the liberation of Auschwitz-Birkenau, the largest Nazi death camp – to encourage remembrance in a world scarred by genocide and to remember the six million Jews murdered during the Holocaust alongside the millions of other people killed under Nazi persecution and in other genocides that have followed.