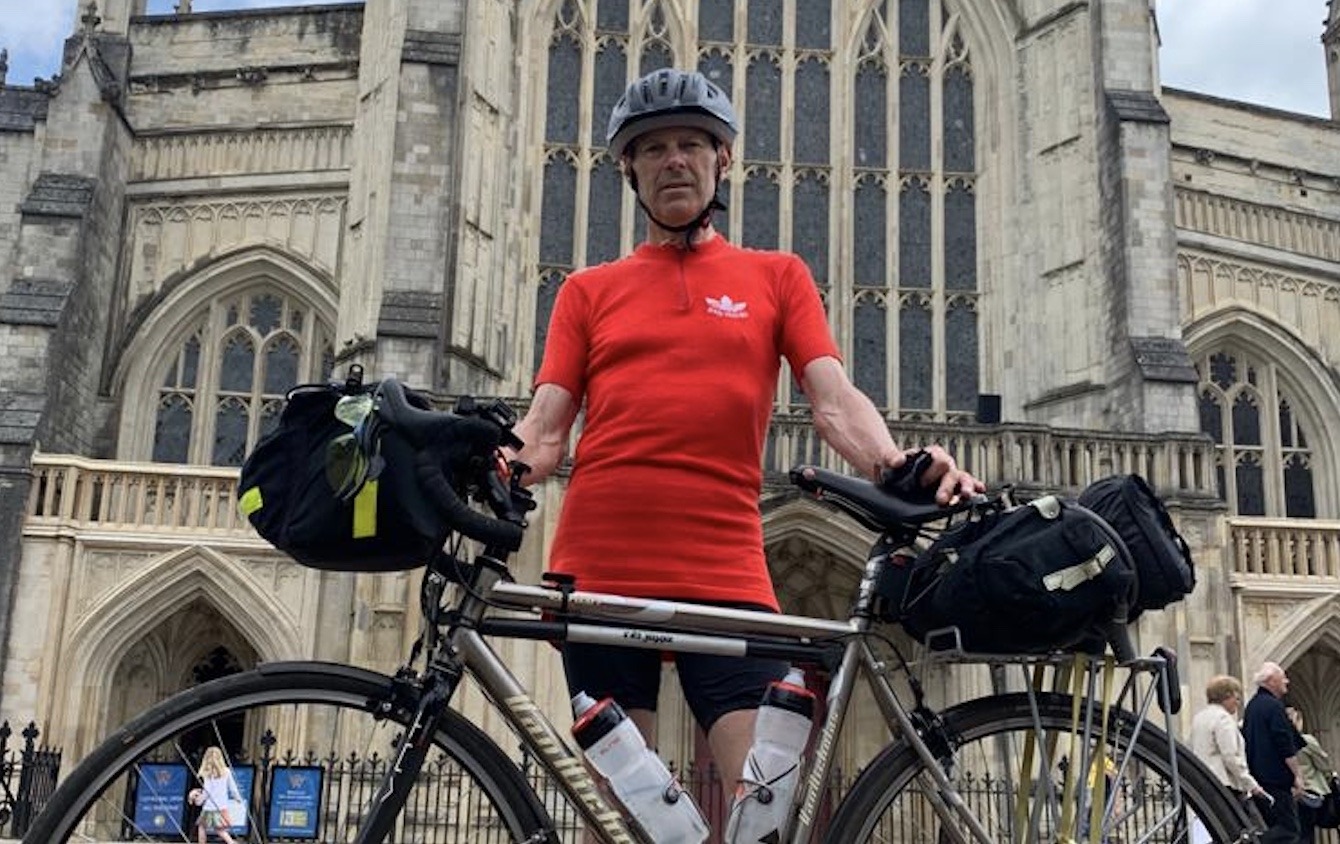 With the finish during National Cycle Week, it’s claimed that John is the first person to complete the “Cathedrals challenge” entirely on his own. With no support car and only 5 “rest days”, John has also used the mind blowing, energy demanding and route challenging journey, to deliver a Climate change action letter from his local District Church leader, the Revd Dr. Jonathan Pye (Chair of the Bristol Methodist District), to other Methodist areas across the country.

2) Lobby our Government, which is hosting the COP 26 talks in Glasgow, for lasting commitments to care for our planet

3) Individually take steps ‘to tread more lightly upon this earth’.

Starting in Truro, Cornwall on the 5th May, often facing torrential rain, high winds, plus the extremes of bitter cold and baking Sun, Revd John cycled across the South West, into the Midlands, through the North West, and Cumbria, across the Pennines to Newcastle upon Tyne, Durham, Yorkshire, East Midlands, East Anglia, the South East, London with Westminster Abbey, St Pauls, Southwark; then Rochester, Canterbury, before moving South to Guildford, Chichester, Portsmouth, Winchester, and Salisbury. Then finally the last 69 miles into Oxford and Christ Church Cathedral.

Mr. Kime, is Minister of St. John’s Northgate and Barton Street Methodist Churches in Gloucester (and a fan of newly promoted League 2 Champions Cheltenham Town). He says being on his bike for hours on end has given him much food for thought on the earth’s shrinking resources.

” To use a bike around some areas is not very user friendly and this needs to be changed. We are hoping this will be part of a wider debate to bring about changing our attitudes of how we use the earth’s resources…or not”.