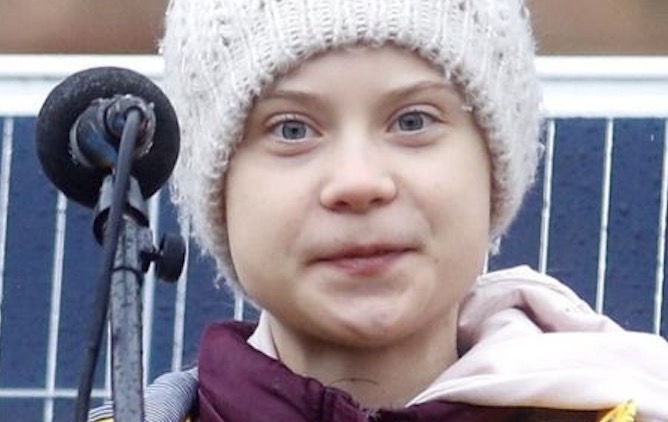 I will not be silent while the world is on fire, will you?

Greta Thunberg has been addressing huge crowds in front of Bristol Cathedral today as her inspiring voice for climate change continues to be heard.

Cathedral clergy welcomed the protest and were available to pray or talk, and offered up the cathedral as a safe space or refuge, if anyone wanted it, away from the crowds.

In a statement last night the Acting Dean of Bristol, the Revd Canon Michael Johnson,
said: “Bristol Cathedral welcomes Greta Thunberg, and all who have come to listen to her.

“We are delighted that she has come to Bristol to raise awareness of climate change and encourage action to care for God’s creation more effectively.

The Diocese of Bristol has already declared a climate emergency and the Church of England
has already committed all its churches to be carbon neutral by 2030.

For God’s Creation which today asks churches to ‘treasure the earth” by joining A Rocha’s Eco Church Scheme. More here.

The Swedish activist, Greta Thunberg arrived into Bristol Temple Meads railway station shortly after 10 am this morning for the protest event on College Green, before joining a march through the city. It is estimated over 15,000 people were there to meet her and police are estimating bigger crowds gathering.

Two years ago, Ms Thunberg began missing school lessons on Fridays to protest outside the Swedish parliament building in what turned out to be the beginning of a huge environmental movement.

She has since become a leading voice for action on climate change, inspiring millions of students to join protests around the world.

#LiveLent: Care for God’s Creation is the Church of England’s Lent Campaign for 2020. With weekly themes shaped around the first Genesis account of creation, it explores the urgent need for humans to value and protect the abundance God has created. This year’s #LiveLent challenge offers 40 short reflections and suggested actions to help us all live in greater harmony with God, neighbour and nature.

It has been inspired and informed by the Archbishop of Canterbury’s 2020 Lent Book, Saying Yes to Life by Ruth Valerio (SPCK).

You can download the Church of England’s #LiveLent app here.