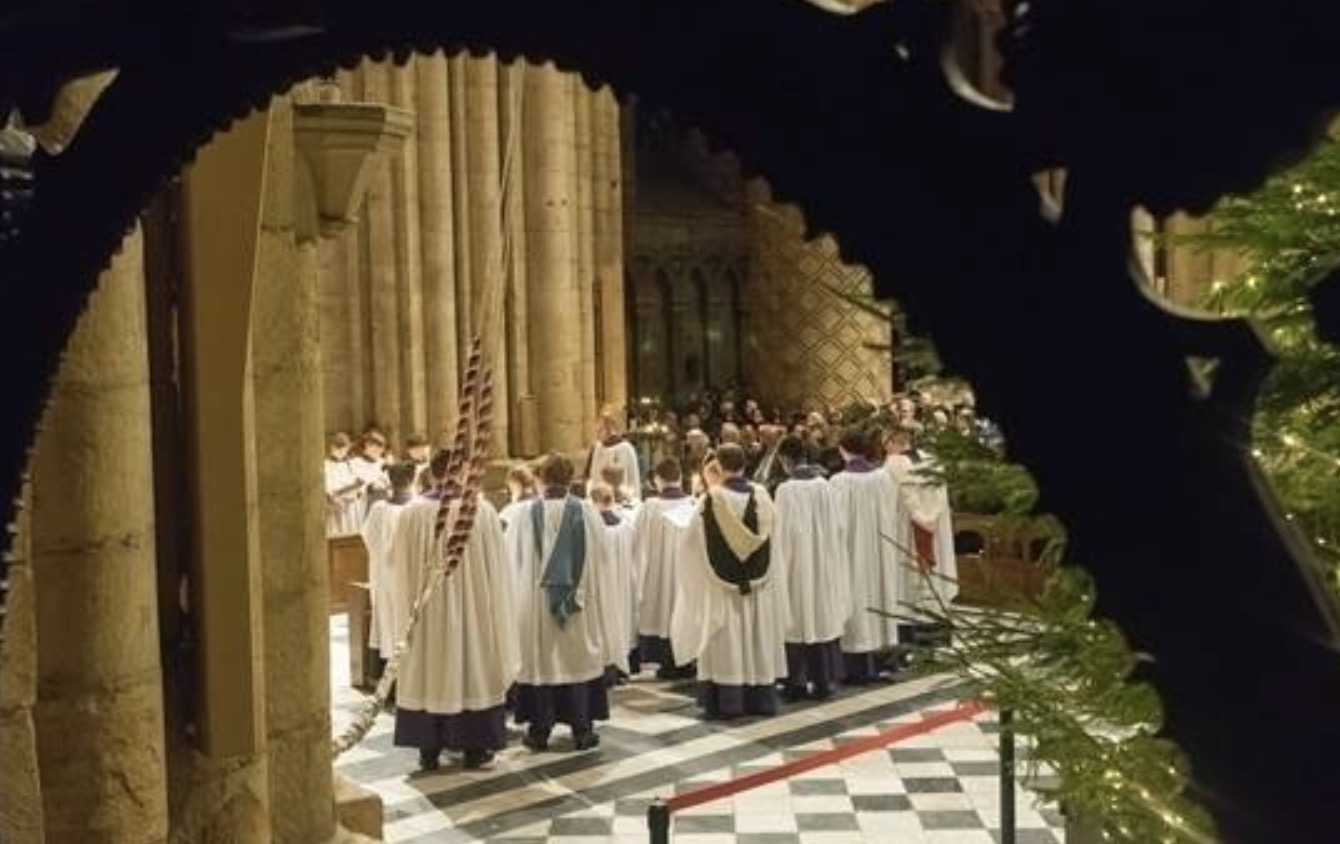 Durham Cathedral’s Festival of Nine Lessons and Carols will be broadcast to prisoners across the country for the first time this year.

Educational prison TV network, WayOut TV has produced a special pre-recorded version that will play out nationally on Christmas Eve.

The idea is the brainchild of Reverend Canon Matthew Tetley, Managing Chaplain at HMP Durham.

“As I was walking around HMP Durham, it struck me just how difficult this year has been for everybody and for people inside prison it has had particular difficulties.

“Prisoners have had to isolate for much of the day owing to the necessary Covid rules in place and this for some has understandably had an impact on their wellbeing.

“Durham Cathedral is one of the most apparent landmarks visible from HMP Durham and so many of the prisoners feel this deep connection with the building.

“Originally, we just envisaged a local broadcast to HMP Durham, but WayOut TV were open to the idea of showing the Festival of Nine Lessons and Carols nationally to as many prisons as possible in the country.

“I want to say thank you to everyone at the cathedral for facilitating this; it will bring joy to so many people when they need it the most, ” he added.

“While Durham Cathedral and Durham Prison may appear to be very different places at one level, on another level they are both places of reflection and renewal.

“To build bridges of prayer between the two institutions is a Christ-like thing to do and we do it with peace and goodwill this Christmas as we share the joy of our carols with those whose marking of Christmas will otherwise be very different from the Christmas that most of us will enjoy”.