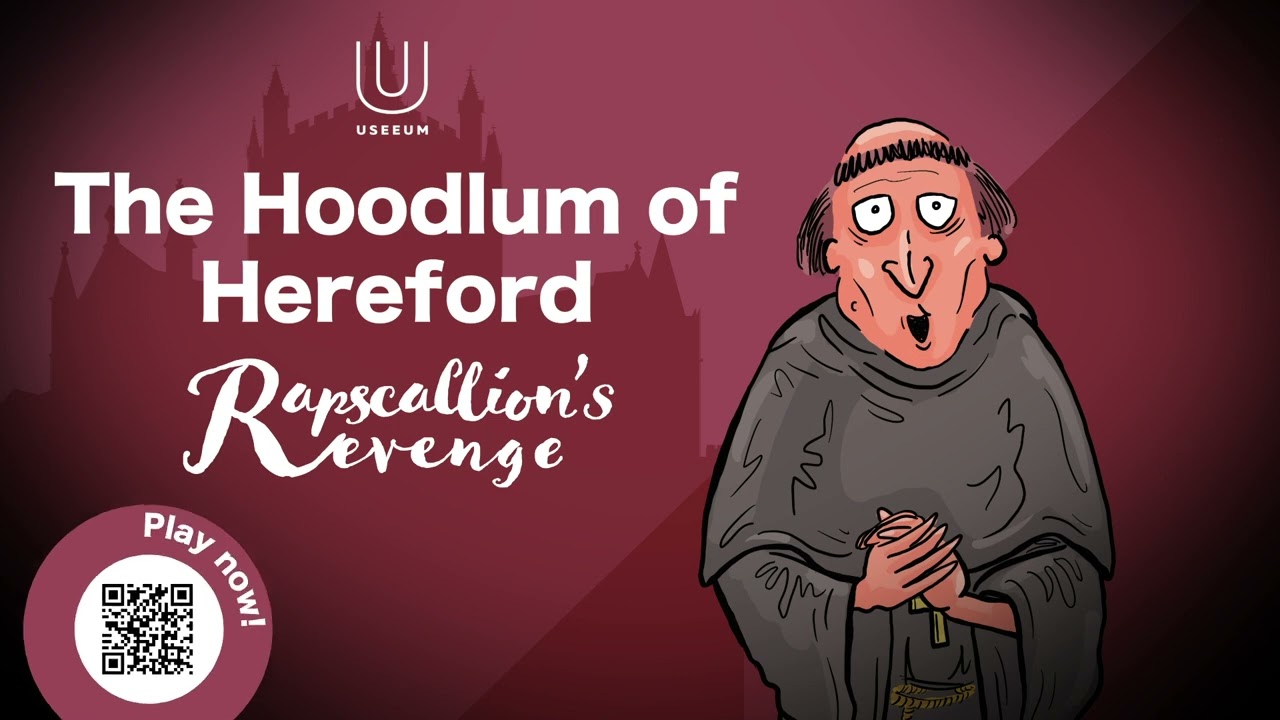 From the cathedral that brought you the first Escape Room comes a new children’s story-based gaming app designed to make exploring its sacred treasures and heritage even more entertaining.

After months of piloting, Hereford Cathedral has just launched its new children’s app Rapscallion’s Revenge, The Hoodlum of Hereford

Designed to give children a great new game while visiting and exploring the cathedral, the app challenges Hereford’s younger visitors to solve riddles and help save the cathedral from being taken over by Lord Rapscallion who is trying to secure his legacy by tricking famous cathedrals and cities into creating monuments and chapels in his honour.

Children have to solve riddles to reveal vital clues to stop him and help his brother, Brother Thomas.

The new app is available as a free trial by scanning a QR code as you enter the Cathedral, or by downloading to a phone or tablet in advance of your visit, the game is available for Android and iOS. The full game can also be unlocked for £3.49.

Adrian Smith from Your Heritage Ltd, the company behind Rapscallion’s Revenge, started working on the project with Hereford Cathedral late in 2020 in consultation with the Cathedral’s Head of Schools and Family Learning, William Talbot-Ponsonby.

Adrian understood the need to balance heritage tourism and a working church and the difficulties of encouraging children to find adventure and stories during their visit.

He said: “Rapscallion is making his global première at Hereford Cathedral in advance of other adventures, so it was important that we got it right in this pilot. The result? The UK’s first USEEUM gamification solution and a new story-based adventure for our cathedrals.”

No newcomer to innovation, earlier this year Hereford Cathedral launched a new Escape Room – an interactive clue-cracking and decoding game located in the Old Chapel in the Cloisters that was based around and inspired by real events.

The Escape Room was developed as part of the Eastern Cloisters Project which was supported by the National Lottery Heritage Fund and other donors.

The Eastern Cloisters Project was a major project to renovate the buildings of the College of Vicars Choral, built-in 1475, which are home to many of the cathedral staff as well as housing offices. The project was completed in 2021 and has enabled this beautiful and tranquil area to be opened up to the public for events and activities by creating a more accessible space, improving the facilities throughout, and offering new reception rooms for hire.

The story which the Escape Room plot is based around is inspired by real events and real Vicars Choral who lived in the Cloisters.

You can book the Escape Room here.