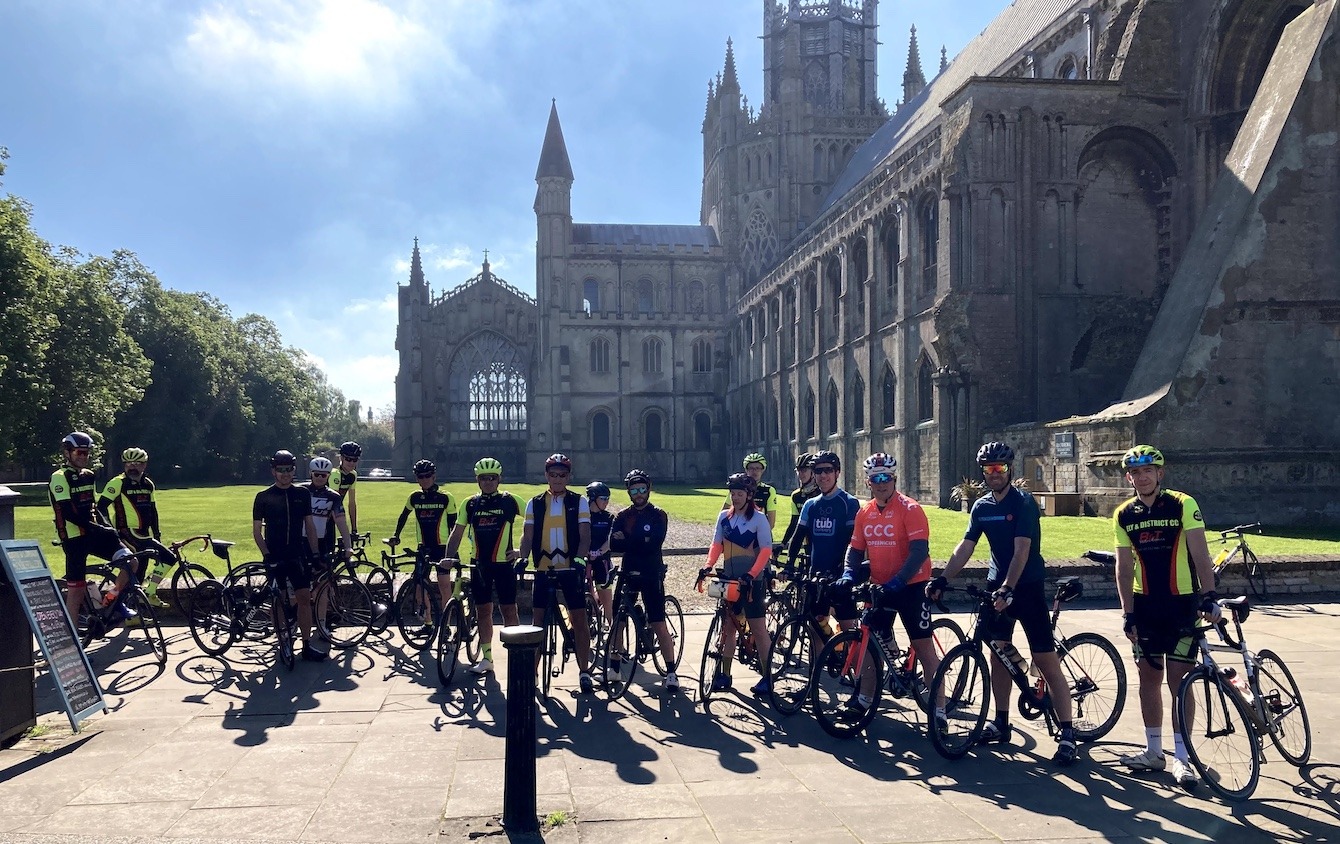 The sunshine, the launch of the Cathedrals Cycle Route and the start of Cycling UK’s World’s Biggest Bike Ride proved inspiration for an Ely cycling club who decided to get in the saddle for the 100 mile round trip from Ely Cathedral to Norwich Cathedral and back.

Thanks to EDCC for the write up and Nick Barton for the photos!!

Ely riders found three reasons to be out cycling on Sunday.  The good weather was an obvious attraction, but it was also the day of the World’s Biggest Bike Ride and the recently-announced Cathedrals Cycle Route provided inspiration for the day’s riding.

The Cathedrals Cycle Route is a long-distance route taking in all 42 Anglican cathedrals in England with a total length of around 2000 miles.  While that might be too much for one day, the Ely & District Cycling Club – B&T Motor Repairs organised a ride over one leg of the route running from Ely Cathedral to Norwich Cathedral. 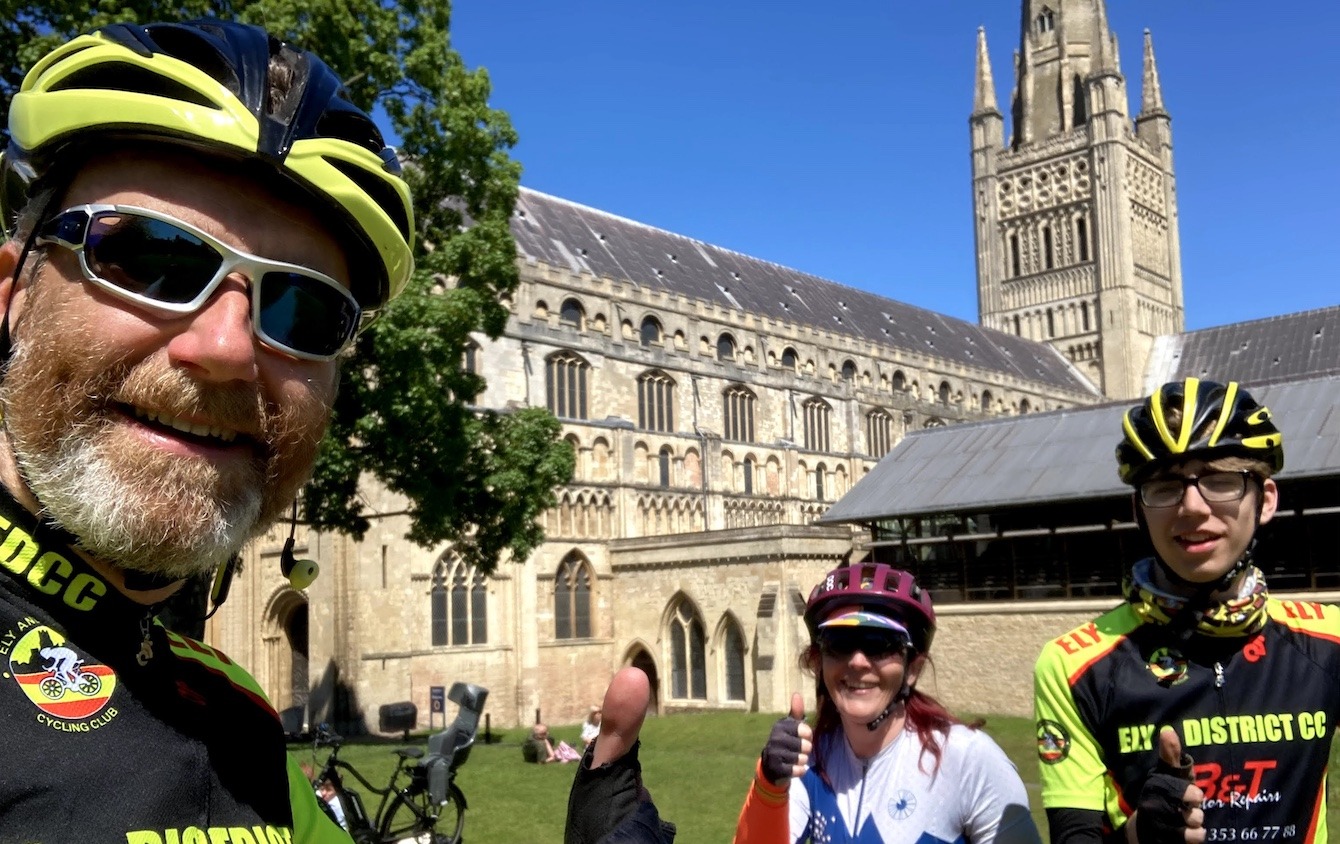 Eighteen riders left Ely Cathedral early on Sunday morning and set off on the 55 mile ride to Norwich.  Despite riding into a headwind for most of the way, progress was swift thanks to the benefit of riding together and taking advantage of the slipstream provided by the lead riders, as well as the opportunity for socialising and the greater security of riding in a group.

After a refreshing lunch in the sunshine at Norwich, twelve of the riders elected to cycle the return leg as well.  For three of the riders, Andrew Hambling, Rory Kemp and Adam Harley, it was the first time they had cycled more than 100 miles in one day, known to cyclists as an Imperial Century and a notable achievement for any rider.  The youngest rider to take part on the ride was 15 year old Isaac Barton, a member of the club’s Junior section who has taken part in over 160 of the club’s training sessions for Junior riders, held at Ely College on Monday evenings during term-times, sessions which left him with both the riding skills and the endurance for the journey to Norwich.

Details of Junior training sessions with the EDCC and of weekend club rides, which are open to members and non-members alike, are available on the club’s website at www.elycyclingclub.com.