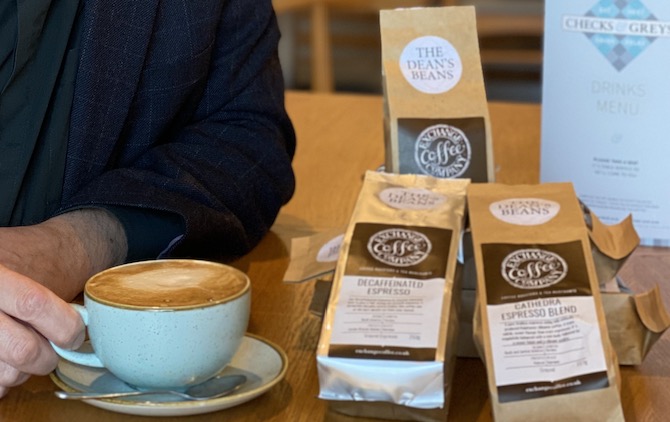 First it was gin, now Blackburn Cathedral has launched its own blend of coffee and is currently developing its own tea.

The new coffee blend is called the Dean’s Beans as a nod to the entrepreneurial spirit of the Dean of Blackburn, the Very Revd Peter Howell Jones, who launched the first ever cathedral branded gin, Cathedra Gin in 2018 which saw its first two batches sell-out in less than a week, made its entrance onto supermarket shelves last year, and started turning a profit for the cathedral’s mission and ministry after just six months.

Like the gin, the Dean Beans coffee has been blended by a local Lancashire company, The Coffee Exchange, and is currently being sold in Blackburn Cathedral café under the Cathedra brand and there are plans for it to find its way into local supermarkets too.

The Dean hopes to create a Cathedra Tea blend to join the brand later this year.

“This is cathedrals doing business in the 21st century,’ he said.

“Creating a gin, a coffee, or a tea here at Blackburn Cathedral to sell in the commercial world helps us develop our reach beyond Lancashire.

“It reflects a well-established tradition of monastic and religious communities brewing, fermenting and distilling, that pre-date the medieval period.

“And by doing so, we are helping to reflect something of the entrepreneurism and creativity, which is the spirit of England’s cathedrals,” he added. 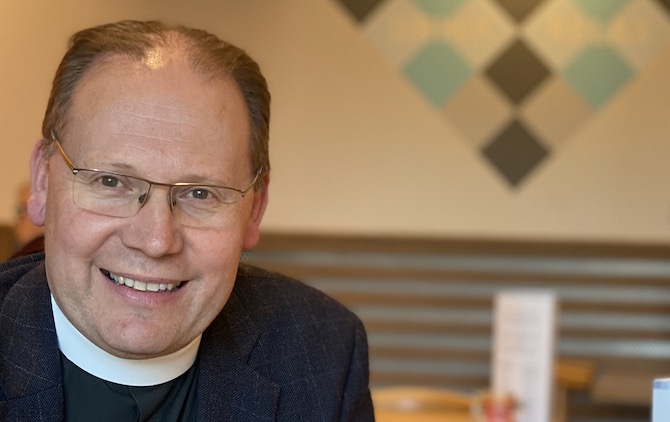 The new coffee blend was introduced for the relaunch of Blackburn Cathedral’s cafe which was re-named Checks and Greys in celebration of the region’s rich textile heritage when every Lancashire mill had its own design and the Blackburn check and grey was world -famous.

“This is a Lancashire company rooted in its heritage and working with its people, ” said the Dean.

“We want to put Blackburn Cathedral firmly on the map for everything it has to offer including its hospitality, its worship, its music… its gin and its coffee,’ he added.