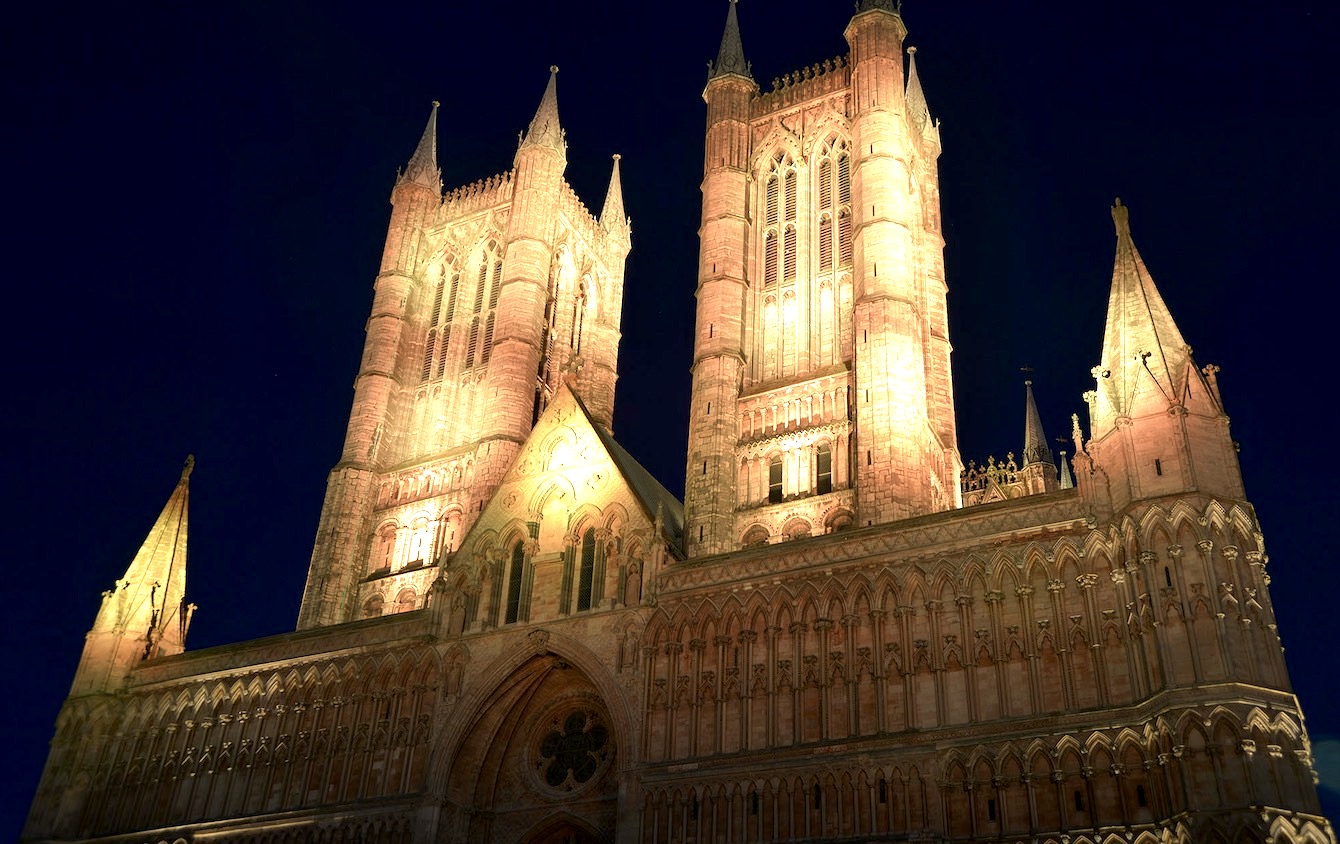 Lincoln Cathedral will be lit up yellow this Sunday highlighting the plight of thousands of victims of modern-day slavery to mark the tenth national Anti-Slavery Day (Oct 18th).

It is one of two Church of England cathedrals leading on the anti-slavery initiative this Sunday in partnership with The Clewer Initiative, with Ely Cathedral also at the forefront of the campaign and Sunday services at both cathedrals will focus on modern day slavery.

Snapshots of life in modern slavery has created a haunting photographic exhibition which opened this week in Lincoln. Entitled ‘Invisible People,’ the free exhibition is on display in the newly opened Dean’s Green outside the cathedral. Designed by the National Crime Agency, it features a series of striking images of modern slavery across the industries – including agriculture, construction, maritime, cannabis farming and food processing, child trafficking for sexual exploitation and forced prostitution. The exhibition runs until next Monday.

Similarly in Chester Cathedral a new exhibition by London-based Syrian artist, Sara Shamma opened on Saturday. Called Modern Slavery it highlights the global issue of modern sla­very and is based on interviews with women who have lived experience of modern slavery and experts in the field. The exhibition runs until 22 October.

This Sunday in Ely Cathedral, Bishop Alastair Redfern, Chair of the Church of England’s anti-slavery group, The Clewer Initiative, will preach and this will be followed by a livestream presentation on modern slavery and exploitative work with a short conversation.

It is part of Ely Cathedral’s Called to Change programme which was born out of the lessons learned from the global pandemic, and looks at justice and community in the light of how much we human beings depend upon each other for our wellbeing and how we are called to care for, and, about the world. The NCA’s “Invisible People: Human Trafficking in the UK” will also be on display will be in the Cathedral’s North Transept throughout Sunday 18 October.

“The larger initiatives at Lincoln and Ely are wonderful examples of what is possible when a community – both church and local government – come together to raise awareness of modern slavery. These striking exhibitions are an excellent way of reminding people that slavery is not a thing in the past and help them know what tell-tale signs to look out for. We hope that the activities surrounding Anti-Slavery Day on Sunday 18th October will result in many more people understanding what modern slavery looks like and inspiring others to join the fight against it.”

The Clewer Initiative has also put together a list of six practical actions individuals can take to make a difference. These include becoming a modern slavery champion, starting a poster campaign, organising a book club, downloading the Safe Car Wash or Farm Work Welfare app, discovering your personal slavery footprint and spreading the word on social with The Clewer Initative’s #WeSeeYou campaign.

The Clewer Initiative was launched in 2016 with the backing of then Prime Minister Theresa May and the Archbishop of Canterbury. It exists to raise awareness of modern slavery, enhance victim identification and provide victim care and support. The Clewer Initiative is funded by the Clewer Sisters, an Anglican order of Augustinian nuns founded in 1852 to help marginalised, young women who found themselves homeless and drawn into the sex trade.

More about Sunday’s Anti Slavery Day and the Feast of St Luke here.

On Sunday, cathedrals will be saying a prayer for the nation as stricter restrictions are applied and our NHS staff and the Social Care community are still looking after and protecting so many sick and ill people. The Prayer for the Nation can be read here.