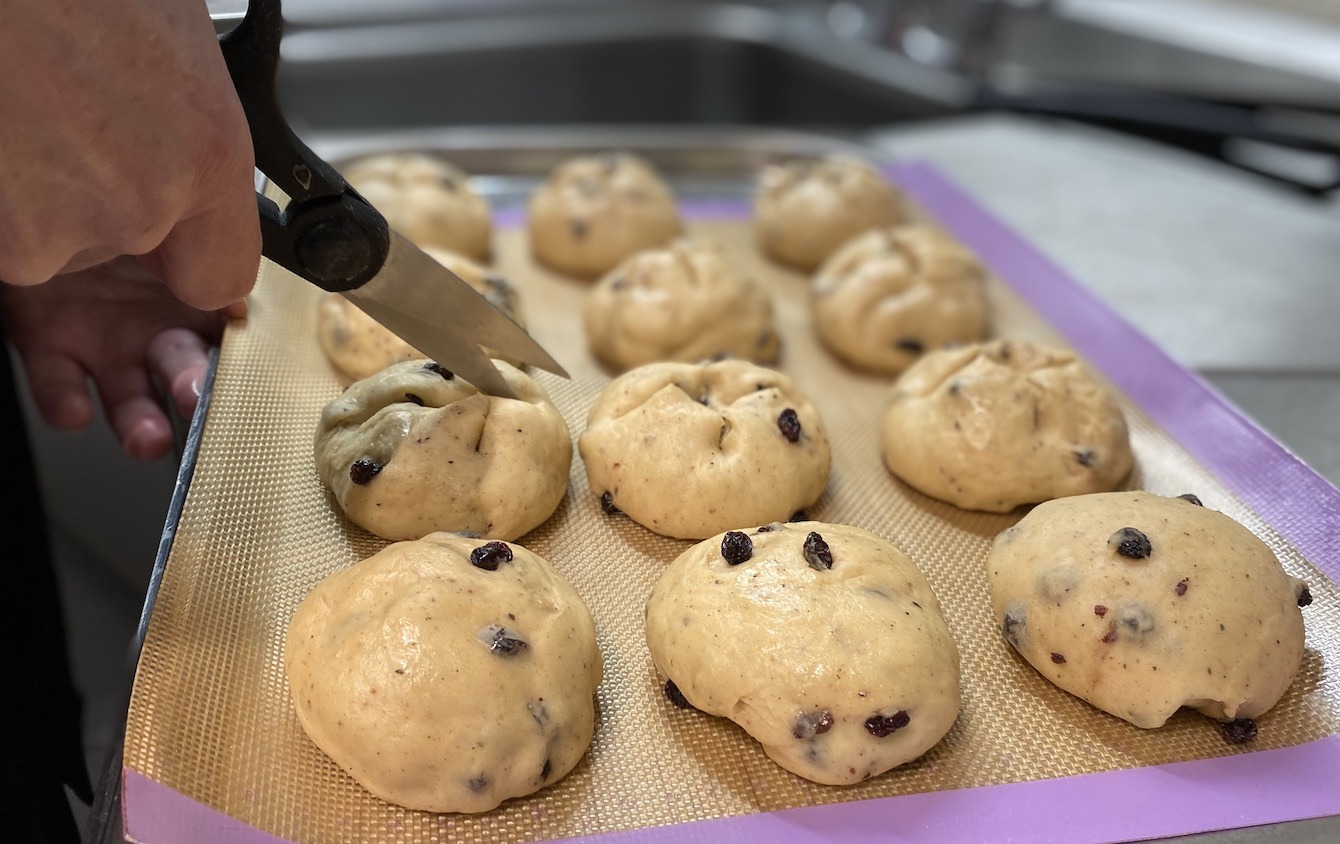 Lockdown can’t stop tradition – especially one as ancient and tasty as the historic Alban bun.

The first batch of the Alban bun was made in the kitchen of St Albans Cathedral last week – and sold out immediately.

This year St Albans Cathedral decided to continue the ancient tradition that heralds the start of Lent – thanks to baker, Grace Tilson who works in the cathedral’s café – and offer them as pre-orders only.

The first batch sold out and they had to close the pre-order facility within twelve hours due to demand. 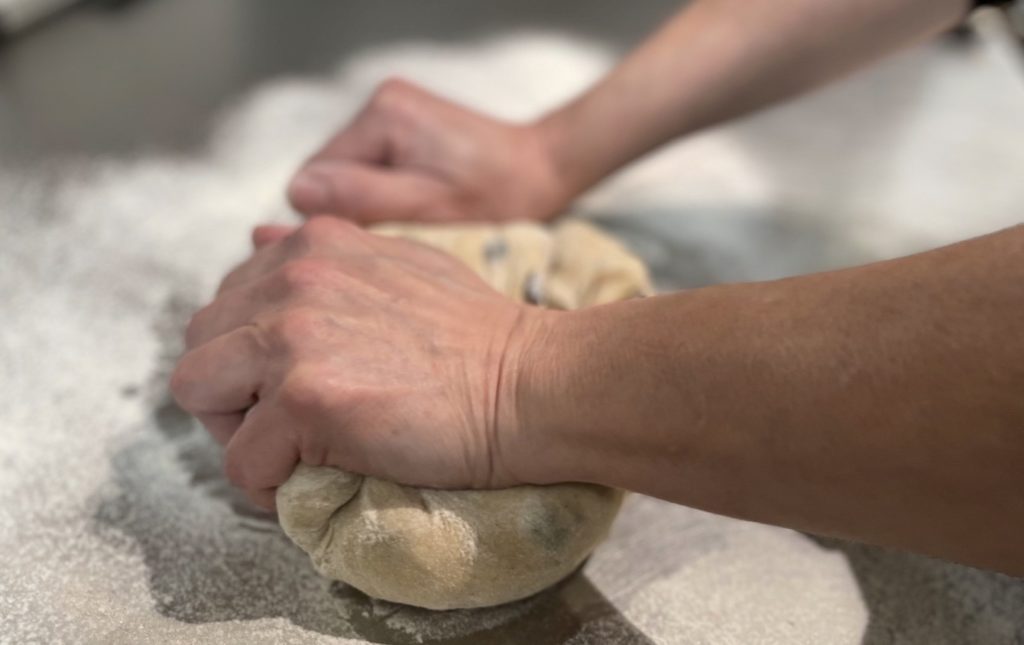 They are currently planning to bake once a week with collection on the day they are baked, though this could increase on the approach to Easter.

The story goes that the Alban Bun, the forerunner to the now famous Hot Cross Bun, originates in St Albans where Brother Thomas Rocliffe, a 14th Century Monk at St Albans Abbey, developed an original recipe and would distribute these buns to feed the poor on Good Friday. The buns are distinctive in their appearance due to their lack of a piped cross. Instead, the baker cuts the cross into the top of the bun with a knife.

The original recipe remains a closely guarded secret but ingredients include flour, eggs, fresh yeast, currants and grains of paradise or cardamom and the baker stays faithful to the original 14th century recipe with only a slight addition of some extra fruit. 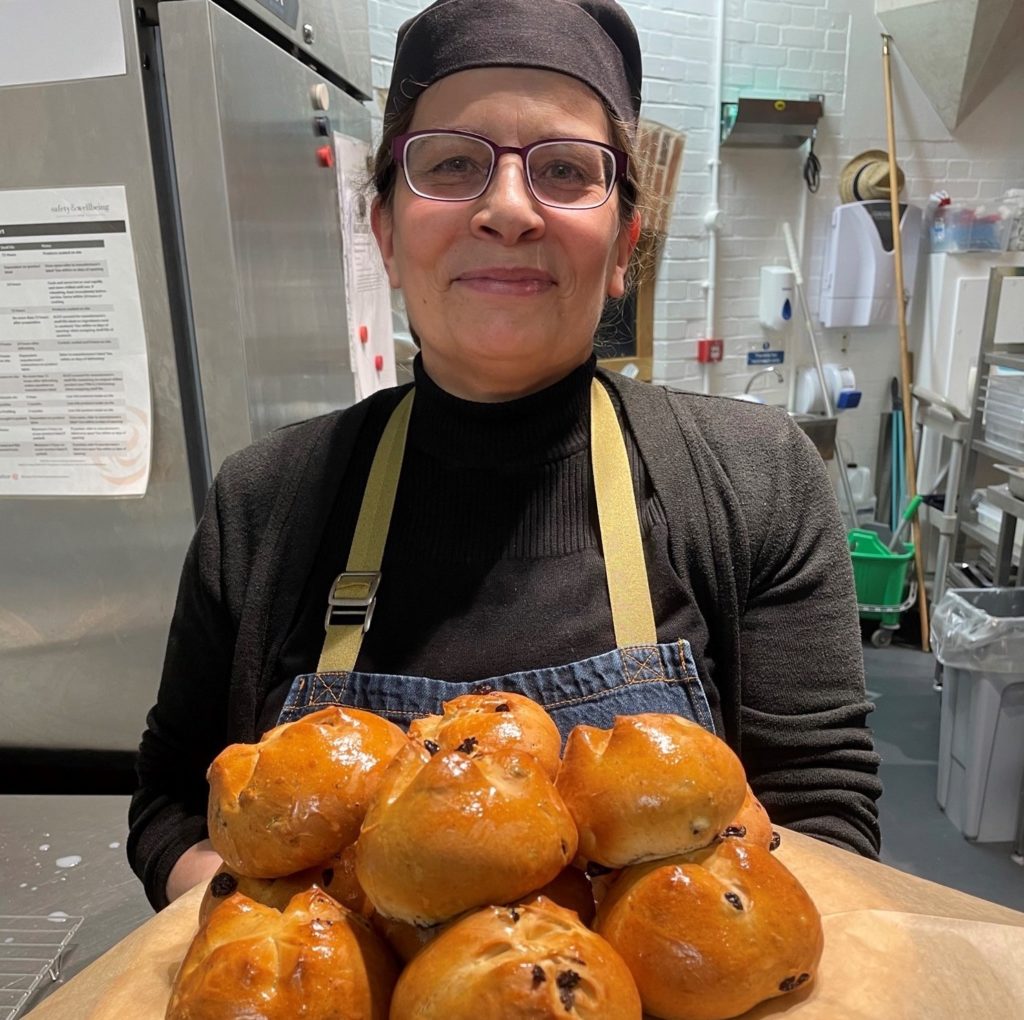 The story of the Alban Bun has attracted significant interest with enquiries coming from as far as New Zealand. It was featured on ITV’s Good Morning Britain and Lorraine during Easter 2019 and BBC’s Mary Berry’s Easter Feast during Lent 2016.