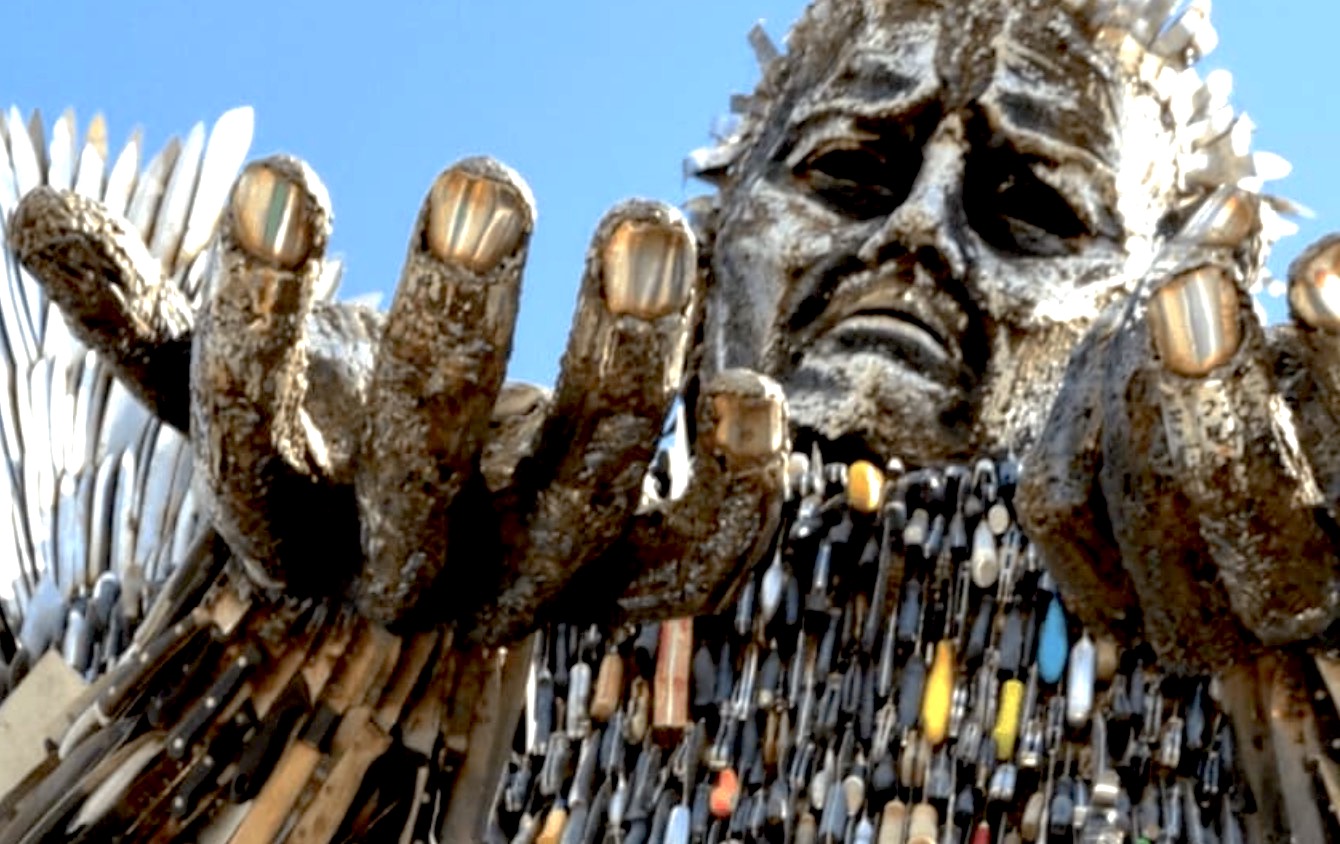 Hereford Cathedral is preparing to host the Knife Angel this summer – the 27ft high National Monument Against Violence and Aggression created completely from seized knives from all 43 police forces across the UK.

The Knife Angel will be visiting Hereford Cathedral this Summer.

This 3.5 ton spectacular sculpture of an angel by artist Alfie Bradley created at the British Ironwork Centre in 2018, is due to go on display outside the Cathedral for 28 days in June – pandemic permitting.

Hereford is the fifth cathedral to host the Knife Angel on its National Anti-Violence Tour, which has seen it visit a total of eleven towns and cities including Chester, Derby, Rochester, Coventry, and Liverpool cathedrals.

This week the team responsible for bringing the Knife Angel to Hereford began to work on a programme of events across the city to spark conversations about the impact of violence and knife crime. 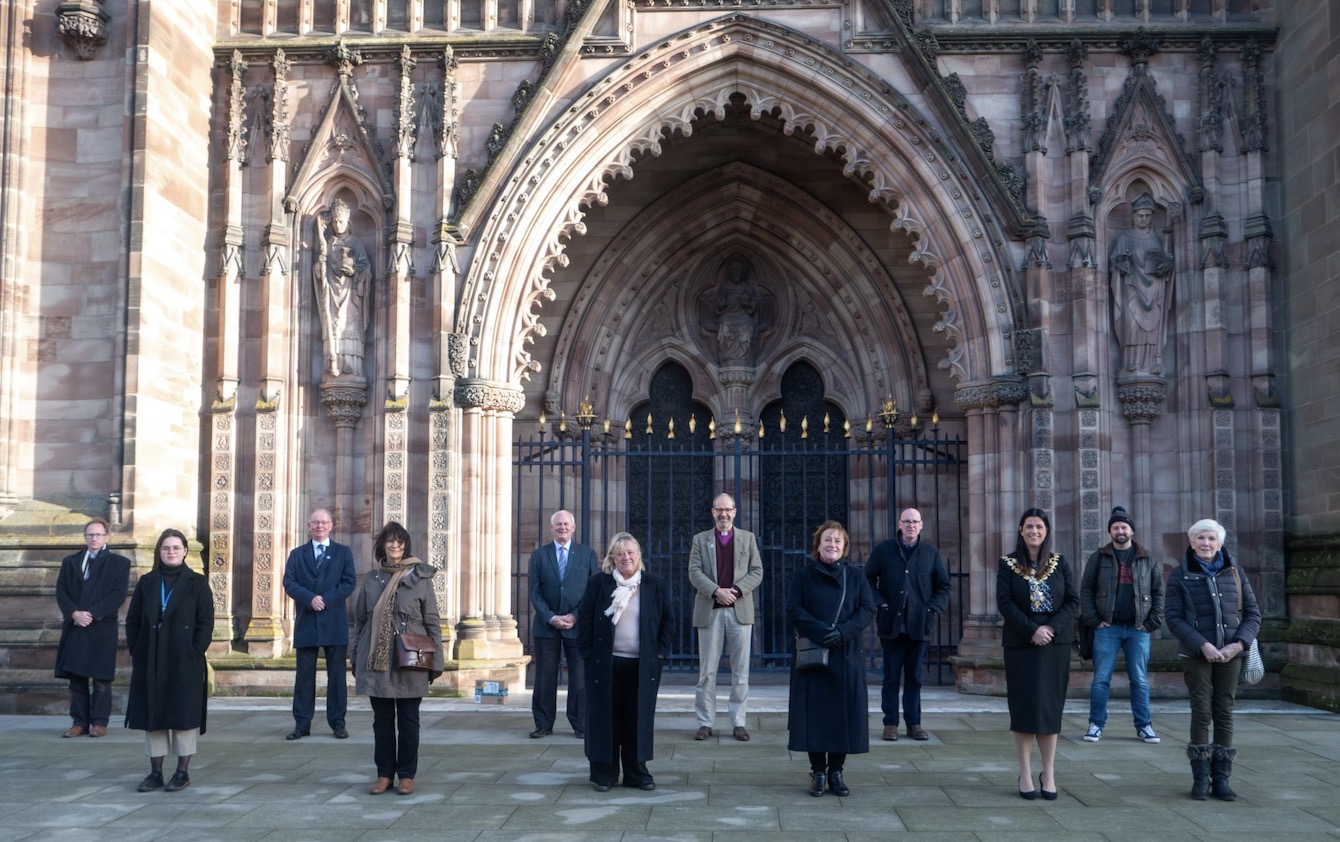 And they are appealing for help and support.

The team is led by Alison Davies, who lost her son, Mark, to knife crime in 2018. She said:

“By bringing the incredible Knife Angel to Hereford, I wanted to raise awareness of the catastrophic impact violent crime has on families, individuals and communities and to encourage discussion, from our young people to the general public, through to the authorities who have to manage the consequences and provide support of different kinds to both victims and perpetrators.

“For me personally, it is helping me to have something positive to focus on following the senseless death of my son Mark.

“I do hope that Herefordshire businesses and individuals will step forward to support the Angel’s visit to Herefordshire in any way they can in order to raise awareness of
the devastating impact violence has on all our lives,” she added.

Ideas on the table include a series of free public workshops and interactive events at Hereford Cathedral and other venues in the city; a youth conference, a weapons amnesty, and a national conference.

All those who are interested in getting involved in any capacity or just to find out how they could help, should email: knifeangelhereford@gmail.com.

You can make a donation to the month long event here.