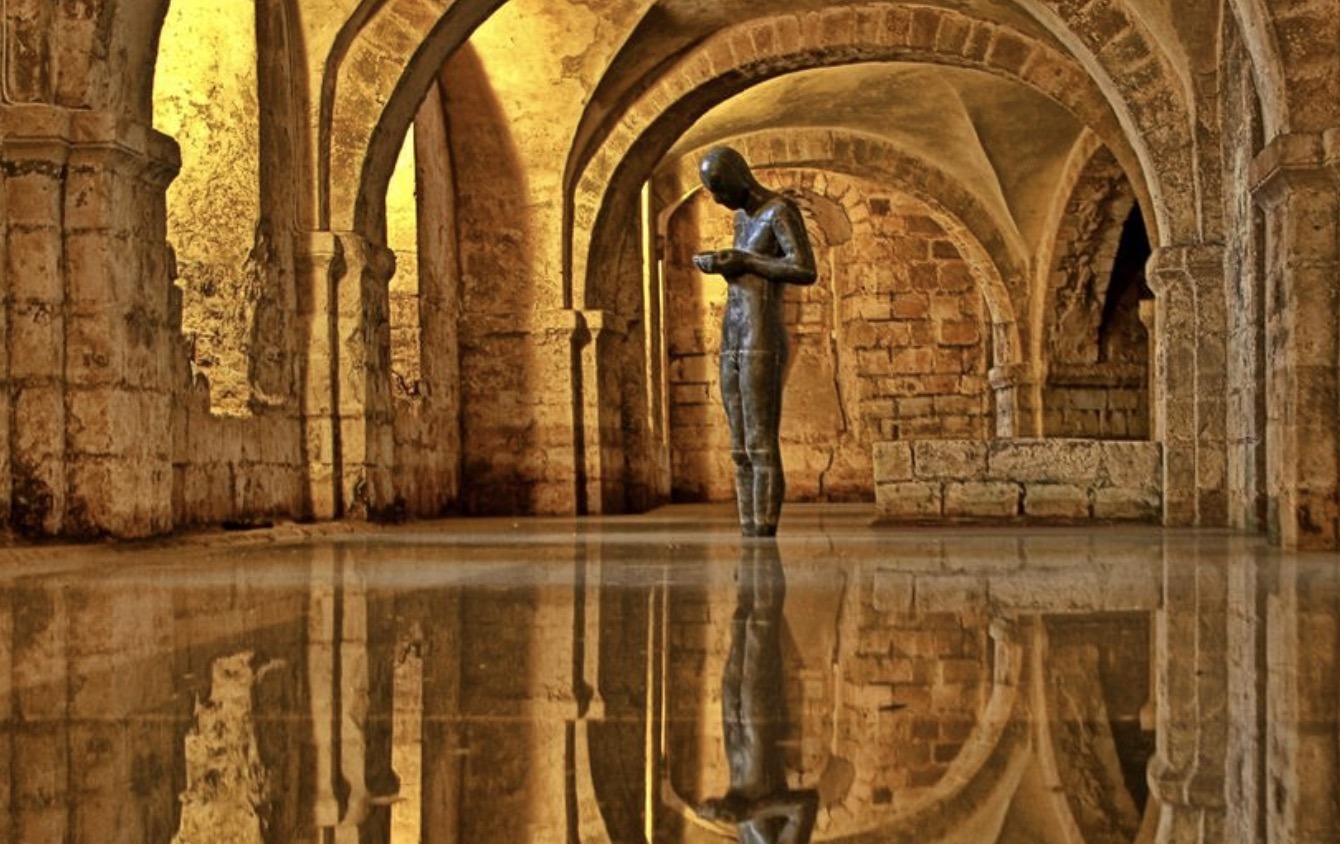 New work by one of Britain’s greatest contemporary sculptors, Antony Gormley will be exhibited on the West Front of Wells Cathedral from the end of August.

Cast in iron, the work is just over life-size and will occupy an empty niche below the North-West tower on the West Front of the cathedral alongside medieval figures of kings, bishops, angels and apostles that tell the stories from the Old Testament to the resurrection.

Speaking of the work, Gormley said:

“I have chosen this niche for its position and its visibility: the book at the end of the bookshelf……..

“The work attempts to invoke the feeling of being isolated and exposed on this corner of a Gothic masterpiece. My purpose is to engage the eye and body of the viewer in empathic projection, to consider our time in the shelter of other times,” he said.

The Dean of Wells, the Very Revd Dr John Davies said he was excited to see the contrast and complementarity of the new piece alongside the existing statues:

“The West Front of Wells Cathedral is one of the wonders of medieval architecture – a triumph of statuary and design. And now to be added, for a period, a piece by one our greatest contemporary sculptors, Antony Gormley. “

“The work itself is not just the sculpture. As in his other public commissions, where and how the piece is placed and the ways it interacts with its environment and context are equally important. In this case the West Front has a number of medieval figures, as well as three modern pieces. The Gormley work will be in ‘dialogue with all these elements and indeed the West Front as a major feat of Gothic architecture.”

The project is a partnership between Wells Art Contemporary, Wells Cathedral and Project Factory CIC, and will include fundraising and community involvement. The piece will be loaned by the Artist and on display from the end of August 2021.

Below is a picture of the niche on the NW Tower of Wells Cathedral that the sculpture will occupy. 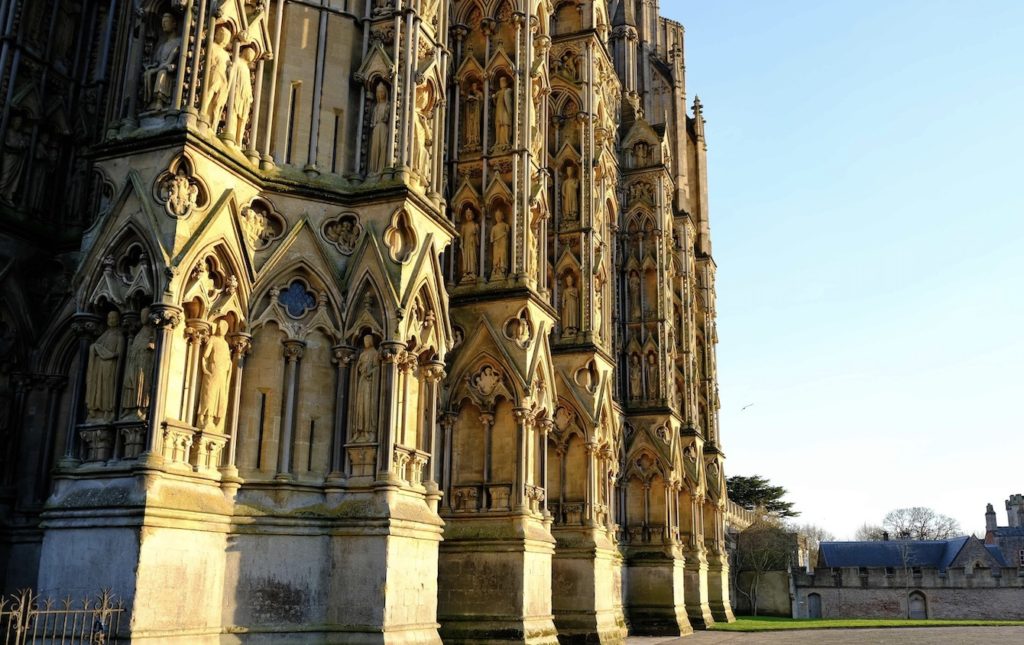 And one at Canterbury cathedral.
“Old iron nails taken from the repaired roof of Canterbury Cathedral have been used by sculptor Antony Gormley to create a new artwork. The piece, called Transport, is suspended above the site of the first tomb of Archbishop Thomas Becket, murdered at the Kent cathedral in 1170. The 6ft (2m) work, made from nails from the south-east transept roof, outlines the shape of a floating body.” Source: BBC 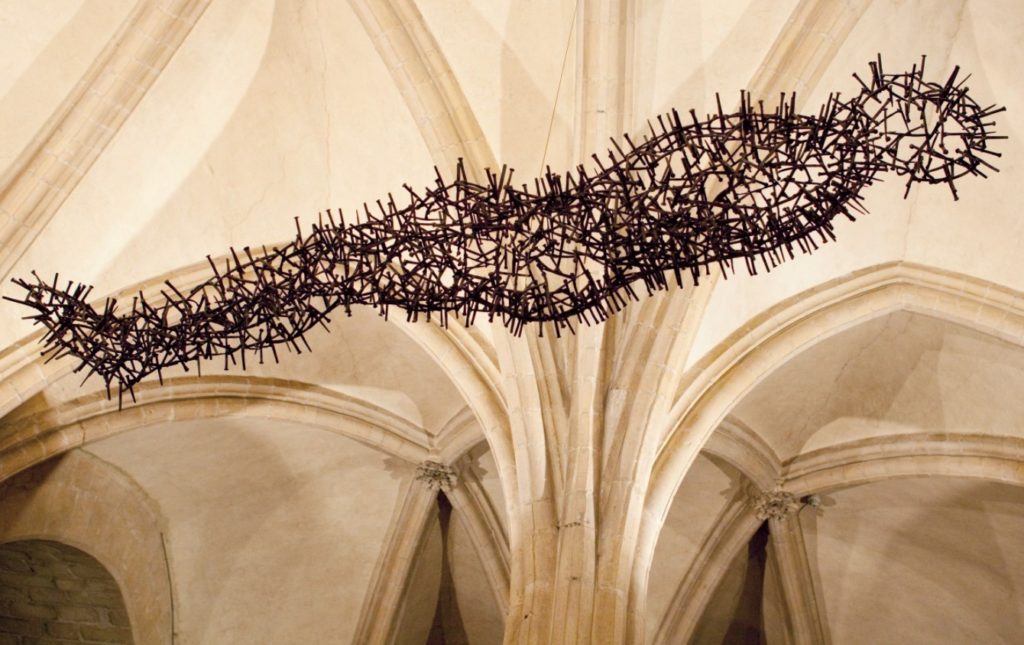