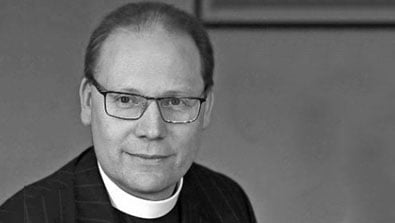 Peter Howell-Jones was installed as Dean of Blackburn in March 2017. He was Vice Dean of Chester from 2011 to 2017, where he had a wide portfolio including the day-to-day oversight and running of the Cathedral, estate management, the hospitality and mission brief, and restructuring and redefining the Cathedral’s business activity. Peter was previously Director for Mission and Evangelism in the Diocese of Birmingham and Canon Missioner at Birmingham Cathedral, Chair of the House of Clergy and Coordinator for the Birmingham Missional Network. Peter trained as a classical singer and conductor and taught classroom music before working as an impresario for a leading music tour operator. Following ordination, he served in parishes in Walsall, Sutton Coldfield and Birmingham. Peter was elected to the AEC Executive in June 2014.