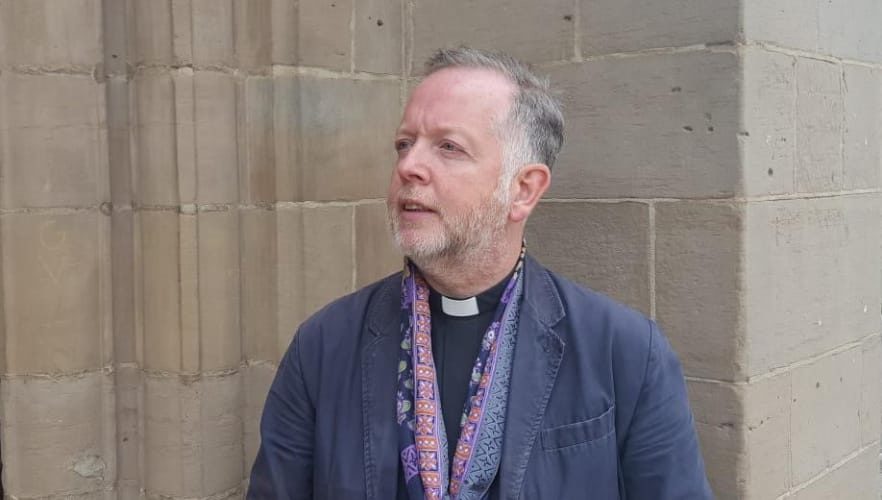 David Monteith was appointed Dean of Leicester in May 2013. Prior to this David served as Canon Chancellor and Acting Archdeacon of Leicester. David grew up during ‘The Troubles’ in County Fermanagh, Northern Ireland. He studied Zoology at Durham University and Theology at Nottingham University, after which he served as a priest in the diocese of Birmingham, in London where he was Associate Vicar of St Martin-in-the-Fields, and as a Team Rector and Area Dean in Wimbledon, Diocese of Southwark.

As Dean, David has overseen the first stages of reordering the Cathedral and the establishment of Cathedral Gardens. The Leicester Cathedral Revealed Project, with NLHF funding, will complete the re-ordering work by 2022 and include building a new Chapter House. David oversaw the reburial of the remains of King Richard III which were rediscovered in the nearby Leicester car park overlaying the remains of a medieval Franciscan Friary.

David was awarded an Honorary Doctor of Laws from the University of Leicester in 2016 acknowledging his service and leadership in the community. Until 2018 he served as Chair of the St Philips Centre for Interfaith Dialogue. He is currently serves on St Martins Trust Birmingham.

In June 2020 he was elected as Chair of the College of Deans and is an ex-officio member of the AEC Executive.