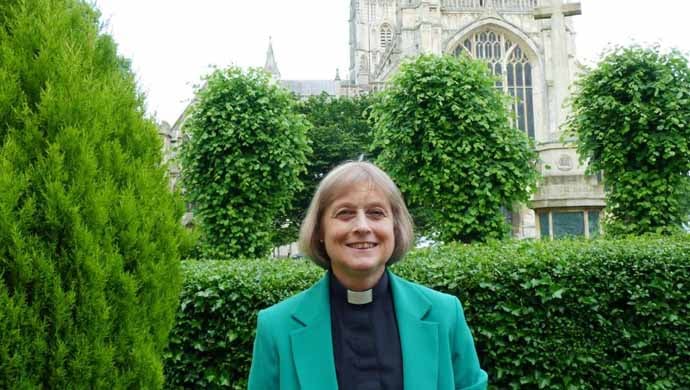 Celia Thomson served in the Diocese of Southwark for 11 years, as Curate of St Barnabas Southfields and then Vicar of Christ Church West Wimbledon. She has been at Gloucester Cathedral since 2003, first as Canon Pastor and more recently as Canon Chancellor where she has oversight of Visitor Experience, the Education Centre and Library and Archives, and chairs the Fabric Standing Committee. She has been closely involved in the preparation of a successful Heritage Lottery Fund bid which is now moving in its delivery phase. Celia was a member of General Synod from 2008 to 2015, a member of the Clergy Discipline Commission from 2011 to 2015, and a member of the Cathedrals Fabric Commission for England from 2012 to 2016. She is also a member of the Transformations Steering Group. After studying history at university she worked in London for 11 years before training for ordination and was one of the first women to be ordained to the priesthood in 1994. She is a keen musician and enjoys the musical opportunities cathedral life offers. Celia was co-opted onto the AEC Executive in January 2016 and leads the Association’s Chapter Training.

Email Me
Previous
Next